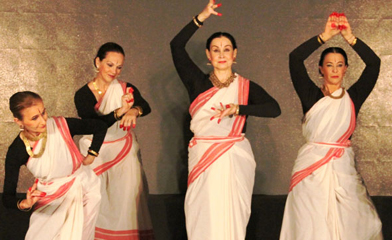 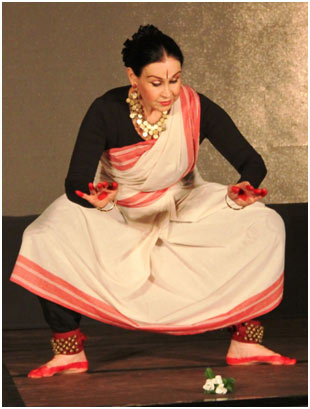 It is a known fact, that to master a classical dance form, such as the Bharatnatyam, it takes more than just a rigorous practicing of the craft. It needs a psyche that is drenched in the timeless traditions, to emote accurately the ‘rasas’ of the musical scores that tell the tales of the Gods and Kings of India, the knowledge which is perhaps encoded in the DNA of the dancer. So I thought.

In the last week of September 2017, the Austrian Cultural Forum presented an Indian Classical Dance performance based on a story of war and peace, the Mahabharata, by the Natya Mandir Dance Company from Vienna. The lead dancer, choreographer, and head of the Natya Mandir, Ms Radha Anjali, along with her four disciples presented an impeccable rendition of the key episodes – the game of dice with Shakuni and Duryodhan and Yudhishtir, the Pandava brothers’ despair, the disrobing of Draupadi, the battlefield at Kurushetra with Arjun and Krishna. Radha Anjali had picked excerpts from her three-hour long dance on Mahabharata, to condense it into just a 55-minute show, for this presentation at the Ambassador’s residence. And what a show it was! 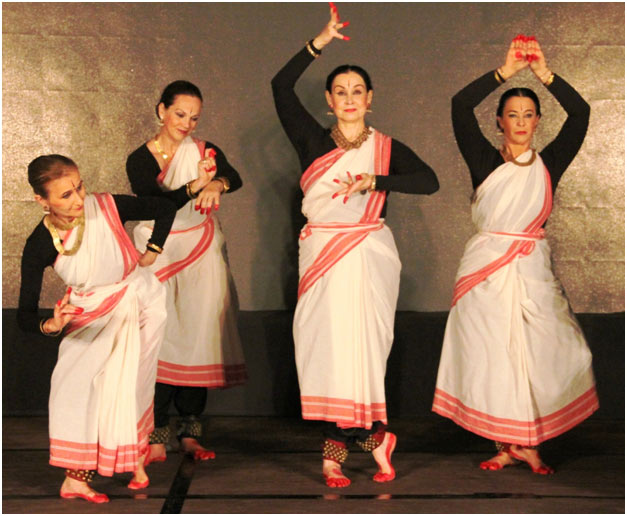 The select audience was spell bound by the beauty of this perfect rendition via the medium of Bharatnatyam. The rhythm, grace, nimble footwork, the expressions, coordination, all tied into the narrative, and made relevant to current times with projections of visuals of modern day wars and strife zones. 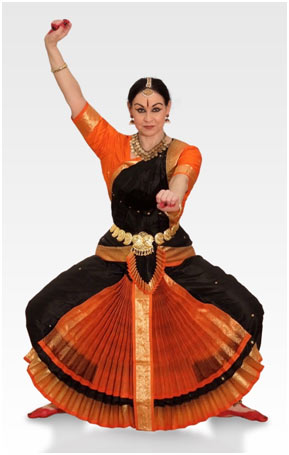 It is but a small detail that Radha Anjali is an Austrian, as also are the other members of her group of dancers, barring one Indian dancer. After the performance, Anjali mingled with the audience. Dressed in a red Benarasi sari, the soft spoken Anjali was almost zen like. There are many passionate dancers of various nationalities, Japanese, Russians, Americans, Italians, Chinese, who spend years in India training under masters or in dance schools, learning Odisi, Kathak, Bharatnatyam, Kathakali et al. ButRadha Anjali strikes a different chord. Seeing her dance on the tiny makeshift stage, it was as if she has been an exponent of Bharatnatyam from deep in time, and simply picked it up again, even though born in Austria.

I wanted to know more about her and we set up a meeting. That did not happen for all kinds of reasons, and she had to leave. However, we interacted over emails. I bring here our exchange, with this beautiful Radha who dances on the banks of the blue Danube.

What inspired you to take up learning Indian classical dance? How old were you?

As a child of 9 years I had the opportunity to see Indian dances in Vienna, and it was love at first sight.

Did you train in India? What all dance forms did you learn?

I learned Bharatanatyam and I had some basic lessons in Kathak, Seraikella Chhau and Kuchipudi.

My first dance lessons have been in Vienna from Dilnawaz and Aban Bana. Later on the dancer Kama Dev became my teacher and he introduced me to the Gurus Kalanidhi Narayanan and Adyar K. Lakshman in Chennai, as well as to Dr.Vempati Chinna Satyam. Many years later I had the great opportunity to learn from the Gurus Raja Radha Reddy and from Shashadhar Acarya in New Delhi as well as in Seraikella for a short time.

Please share any interesting memory from the days when you trained here? 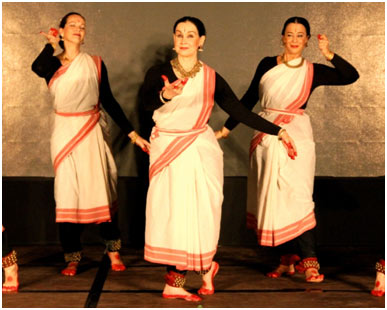 Training in India, especially the evening lessons with Lakshman Sir are unforgettable. He squeezed the last power out of me and after that,I felt that I could dance forever. His precise and strict teaching as well as his lovable and humorous attitude will always be in my mind. It was the same with Kalanidhy Mamy. Besides her great teaching of Abhinaya, she also gave me insight into Indian culture, habits and cooking.

Who were your Gurus? Did you follow the traditional Guru-Shishya-parampara in your training?

Yes, I did. Like I have mentioned earlier, Guru Shishya-paparampa is very important. Besides occasional group classes, almost all the time I took individual classes. During my stay in India, I was living in the house of Lakshman Sir and his wife and often played with his kids. I felt like a part of his family.

You have set up your dance school in Vienna. Tell us more about this. 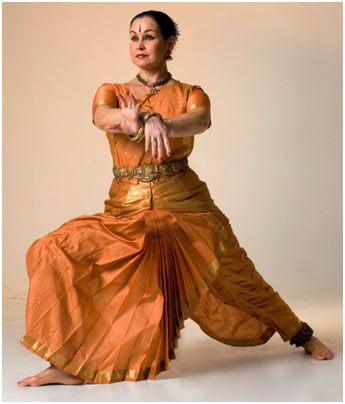 When Kama Dev left Vienna a small group of his students remained. Once or twice a week we practiced together, so that everyone is prepared for his next visit. Out of that, it developed that I started teaching, though I was very young at that time. After my first performance in Chennai on 3rd March 1983 at the Mylapore Fine Arts Auditorium, under the guidance of Guru Agyar K. Lakshman and Guru Kalanidhi Naryanan I started “Natya Mandir” in Vienna on 3rd December 1983.

Do you have many students?

Besides the classes at Natya Mandir, I also teach at the University of Vienna at the Institute for Sports and also at the department for South Asian Studies. Every Saturday I give classes for kids from the Indian diaspora as well as to Austrians.

Your parents were Indologists and Sanskrit scholars. Did they influence your learning and exposure to India and Indian literature? 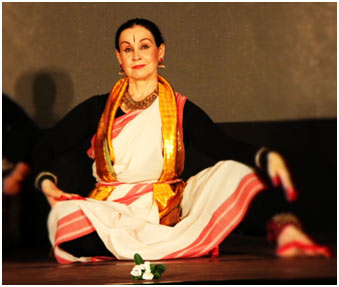 Actually, my parents are architects and yoga teachers. My first trip to India was together with my parents when I was 13. We visited many Yoga schools, Yogis and eminent people. My mom was very much interested in Indology and through her study at the University of Vienna; I came in touch with Indian philosophy. Her knowledge of Sanskrit helped me and influenced me to get some basic knowledge in the language as well.

Your dance show at the residence of the Austrian Ambassador in Delhi was lovely. How long have your dance group members been training for this show?

The members of my dance group are with me for many years. They are my most senior students. Usually we take one year to set up a performance of this kind.

Did you experience any problems in finding acceptance of your dance school in Vienna, from the local population?

I experienced no problems at all. My dance is very welcome. It is quite exquisite, as also is the location of my school in the center of Vienna.

You have also trained in classical ballet, flamenco etc. Did this influence or interfere in your dancing and training of Indian classical dances?

Classical ballet gives a good basic knowledge, body awareness and space and therefore it helps. But when I met Kama Dev I stopped with classical ballet and focused on Bharatanytam.

Tell us more about what in the Mahabharat scripture is most significant to you? 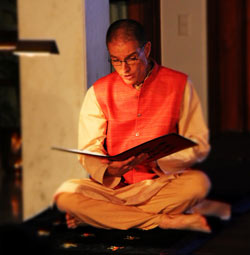 Though the Mahabharata epic as such is very old, it has many contemporary themes. People like to hear stories and I thought why not take some of the known stories and make a dance drama/choreography? I did it with my show “Shikhandi” and the research on that subject was very interesting. It was the same with the “View on Mahabharata”. The insult of Draupadi, the questions of Yama, the war etc,all those themes are very rich in either social or philosophical content. It seems that humanity hasn’t changed much since then. But there is always hope for improvement and justice. For my work as a dancer, I enjoy exploring those themes, bring them to the present time. I am happy when the audience can enjoy the presentation as well so that the rasa-bhava effect is fulfilled. 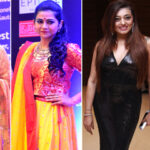