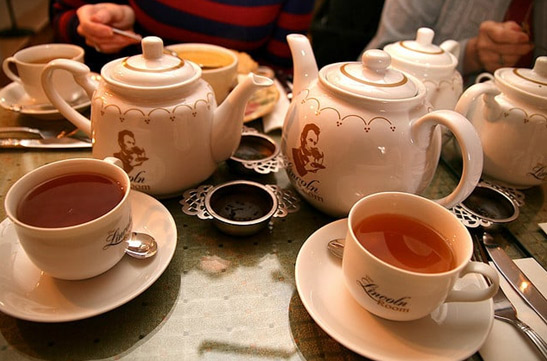 As you walk down sunny 28 West Market Street in West Chester dotted with restaurants, bars and shops you almost miss The Lincoln Building sandwiched between the rows of American history. Adding to the surprise element is the tiny 38-seater Lincoln Room tucked away in the basement of the building just visible with the flight of steep steps leading down to the glass front entrance.

Enter the quaint little tearoom and American history, the aroma of homemade scones, pastries, sandwiches, an assortment of loose/bagged teas to suit every palate, surround you.

Amy Mitchel Hamlet started The Lincoln Room in September 2014. “My grandmother was an ardent fan of Lincoln she even named her dog Lincoln,” reveals Amy who earlier worked as a bus girl, waitress, bar girl and hadn’t a clue about tea.

“Yes it’s true but one can do so much with tea, like infuse it with wine and food,” she says. So the tea sessions are a grand event that many look forward to. The menu offers teas accompanied by soups, salads, quiches, meal combos and the special Little Lincoln Menu for young customers.

With hardly any competition – The Mad Hatter Tea Room closed in West Chester and the Tilted Teapot is in New Jersey – The Lincoln Room has a monopoly but restricting business from Thursday to Saturday 11 am – 3 pm and in summer from Tuesday to Saturday is something Amy is reconsidering. 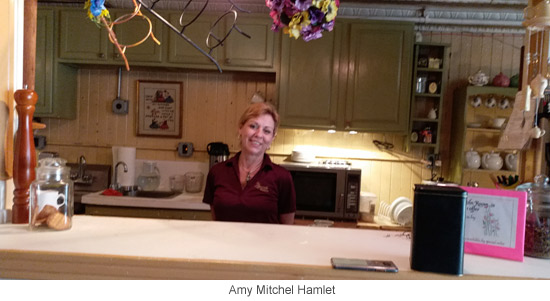 As we savoured the freshly brewed tea and gorged on the delicious thin sandwiches, cup cakes, sponges and chocolates we learnt about Lincoln and the history of the building, which was designed in 1833 by William Strickland and built by William Everhart, a congressman, philanthropist and prominent borough resident. The place was initially numbered 14 West Market and referred to as the Everhart Building. Everhart constructed more than 100 brick buildings with Everhart Building designed to be rented out to various businesses. 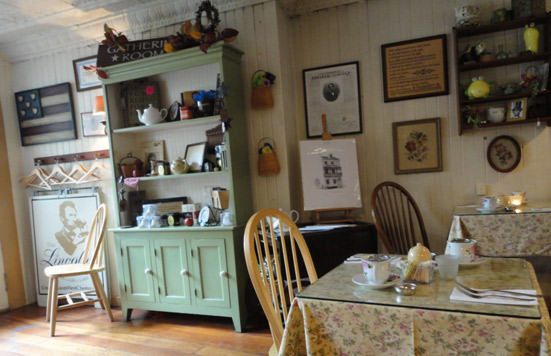 So how did this building come to be known as The Lincoln Building? 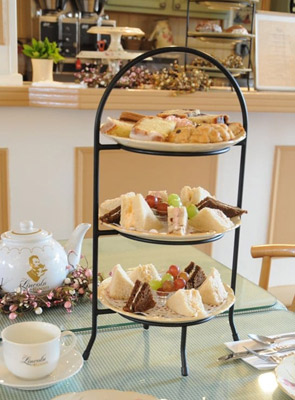 In 1860 the Chester County Times, an early Weekly republican newspaper was located in the building. It was provided with a 3-page handwritten biographical sketch from Abraham Lincoln who was urged to write it by his friend Jesse Fell. Fell realised Lincoln’s need for publicity in the East to introduce him as a prospective presidential candidate. Lincoln’s short humble sketch about which Lincoln said, “There’s not much of it, for the reason, I suppose, that there is not much of me.” This simple account of his life was instrumental in his eventual election on November 7 1860.

In 1947 the name changed to The Lincoln Building when the Chester Country Historical Society attached a marker noting, “The first biography of Abraham Lincoln.” In 1977 businessman David Kirby to save it from demolition purchased the Lincoln Building. Kirby meticulously undertook the restoration and petitioned it to be added to the National Register of Historic Places in 1979.

In 1997 Kirby sold the Lincoln Building to the Chester Country Community Foundation, which sought a legacy building for its charitable non-profit headquarters. Now thousands of visitors tour the building from Monday to Friday to learn about American History.

While the building has history all around it The Lincoln Room is full of mementoes as one walks around it looking at the antiques and artefacts from the Lincoln era with souvenirs for sale. “Most of the pieces on display are from my grandmother’s collection.” The place is popular for high teas, bridal and kiddy parties as well as baby showers.

“For a child’s first tea party we give a silver spoon with a mini tea pot,” informs Amy. Serving only American loose or teabags there is also grab and go breakfast, which is a great favourite. On the first Friday of every month from 6-10 pm there is a fondue evening with a guitar player. As one wanders around the place there is a youthful painting of Lincoln aged 23 minus his famous beard, one discovers the washroom, called The Necessity Place, which is like a mini museum filled with memorabilia of the past. 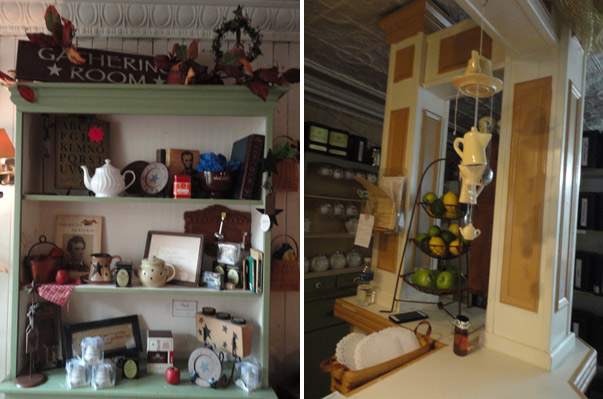 Amy recalls some sweet memories like, ”A lady celebrated her 98th birthday here. For Christmas dinner we have the Figgie pudding for two days during Christmas week, which is lit with a fire. Then there was another Lincoln fan that got married here on Lincoln’s birthday. There is a four-year-old customer who can recite all Lincoln’s speeches,” reminisces Amy who informed that Lincoln wasn’t too fond of tea or coffee.

The Lincoln Room is the only Tea Room in Pennsylvania informs Amy who is now thinking of promoting the place, which has been quite low-key in an aggressive manner with billboards in Delaware as well as at retiring homes and even open a branch at Longwood Gardens. 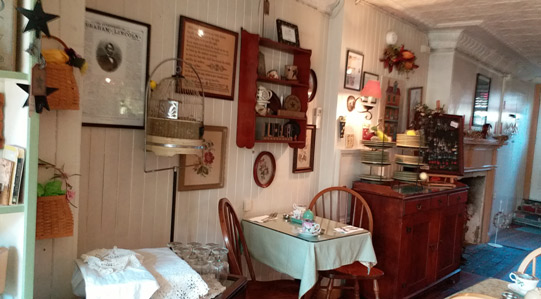 “Once a year on Lincoln’s birthday we roll back the price for the tea to 4 cents, which was what it was in 1809 when he was born,” states Amy.

As Amy rustles up more fresh sandwiches, hot scones, sweet kale salad, cookies, we are told that Lincoln had a sweet tooth, which was satisfied with fruit pies, lemon flavoured desserts and cakes. “The 6 ft. 4 inches tall, Lincoln believed all good food was meant to be enjoyed,” informs Amy. The Rail-Splitter Cheese and Veggie Plate comprising Brie Cheese with Fruit, Crudités, Crackers and Dipping Sauce is inspired by Lincoln who as a youth split logs for rail fences on American frontiers. When he became a candidate for president his party used the rail-splitter image to enhance his appeal to the workingman.