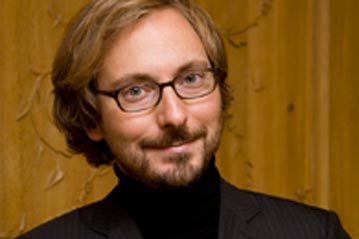 Without doubt, the maison of Van Cleef & Arpels has a palpable air of luxury; it is one of the most prestigious brands within the Richemont Group, the second largest luxury group in the world (after LVMH), and which also owns such brands as Cartier, Baume & Mercier, and Piaget.

From January 2013, the Richemont Group retains its distinct French flair by appointing Bernard Fornas (ex-CEO of Cartier) and Richard Lepeu as joint deputy CEOs (reporting to Johann Rupert). Stanislas de Quercize (ex-CEO of Van Cleef & Arpels) is appointed as CEO of Cartier, and Nicolas Bos becomes the young CEO Worldwide for the jewellery maison Van Cleef & Arpels, having previously held the positions of CEO North America and creative director (a role that he will maintain).

Nicolas Bos casts light on this famous company and its unique notion of luxury, wearing as he does both the hats of CEO and creative director for this illustrious maison. Van Cleef & Arpels – founded in 1906 – has a style defined by its stories and its cultural approach to its craft, which have a very feminine and upbeat feel benefiting from its savoir-faire. Van Cleef & Arpels has also recently opened its doors to training with the launch of L’École

Estelle Arielle Bouchet: The two hats that you wear within Van Cleef & Arpels of CEO and creative director are quite unusual. Can you tell us a little more about this dual role?

Nicolas Bos: As surprising as the two titles may seem, this fusion of roles is quite natural given the specific environment of a jeweller’s, or decorative arts, maison. The role I perform as creative director necessitates that I orchestrate the complete, collective process. The foundation of this maison and the key to its success and longevity lies in transforming a distinctive creation into a commercial activity. These two stages are very closely linked. There’s a team of experts required to work together to develop each creation, and each piece has to have complete respect for the history and identity of the maison. This definition of the creative direction involves both the orchestration of the creative process, which is fairly long – around three years – and the adherence in style of each collection with the identity of the maison – whose hallmarks are its history and the importance of its heritage.

At Van Cleef & Arpels, we are grounded both in continuity and in a process of collective creation, which includes a wide range of expertise in keeping with the different, traditional crafts of jewellery. We have workshops, teams, boutiques, and a company that is based around creativity and on transforming this into collections and products that will find the clientele to wear them, and thus foster the cycle of commercial activity. Sometimes, we do collaborate with others, such as an artist expressing their own vision through their work, or a fashion designer who will be adding their own personal interpretation, but we never dilute the essence of Van Cleef & Arpels.

EAB: Looking at all the jewellers in the place Vendôme, what sets the style of Van Cleef & Arpels apart? What are the trends, and what remains constant?

NB: The constant is the principles of our maison, which are based on philosophical values: a positive vision of life, which is about finding something marvellous in daily life, always on the lookout for luck and love. These are coupled with myriad sources of inspiration such as nature, couture, and ballet, which breathe life into the pieces and collections. When you work with nature, it is always a very welcoming and positive experience – nothing is ever dark or evil. In terms of couture and ballet, we translate the feelings of movement and fluidity into the pieces. Whenever we recruit designers, they receive training from Van Cleef & Arpels that enables them to achieve a better understanding of the style of this maison. At the design stage, the Van Cleef & Arpels style is very identifiable. It is based on a tradition of quality gemstones and the art of jewellery making: a particular craftsmanship that makes the pieces recognisable.

EAB: The cultural character of Van Cleef & Arpels pieces also comes to mind, such as the Neo-Pharaonic Collection recently exhibited at the Musée des Arts Décoratifs in Paris.

NB: Absolutely. Usually, maisons are very self-referential. However, Van Cleef & Arpels looks for sources of inspiration from other cultural fields, such as architecture, music, theatre and dance, to name but a few. We enjoy returning to these artistic forms in our collections. Within our collections, another element that remains constant is innovation. The Mystery Setting (Serti Mystérieux) is one of our technical innovations, which was created in 1933. It has remained a constant for the maison, and since 2005 we have been developing a new type of Mystery Setting. Pieces which transform, such as the iconic Zip necklace, are another distinct hallmark of this maison. The Zip necklace was first developed in 1938, and over the past decade we have worked on new ways of developing zips.

EAB: Do you make specific pieces for particular territories, and are there pieces that are more successful in some markets than in others?

NB: The stance taken by the maison, and in which I’m a great believer, is to avoid marketing and opportunism. The maison sets the trends. We don’t create for particular markets, and we believe that the maison has universal appeal. We never alter the DNA of Van Cleef & Arpels, as that would be arrogant; yet we respect the traditions and styles of the particular country. For instance, the Middle East appreciates jewellery sets connected to the tradition of marriage. So, whilst embracing these traditions, we remain faithful to our own creative approach. 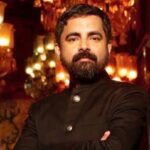 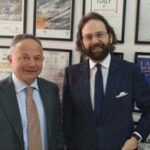 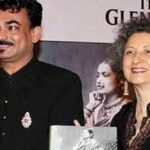 A TRIBUTE
WENDELL RODRICKS – GEM OF A HUMAN BEING 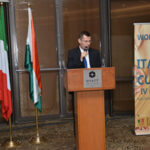 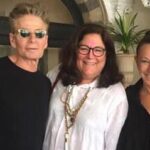 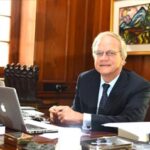