WHERE is Vicenza?
WHY should I go?

Continuing our tour of the Vicenza province, we bring here a report about two beautiful towns within easy reach of Vicenza.

The beautiful artistic city of Verona, was renowned for its grandeur. It bears the legacy well! With well preserved elegant architecture, cobbled alleys lined with chic stores, designer labels, a thriving cultural timetable of several annual fairs, operas, shows, not surprising, UNESCO has granted Verona too the status of World Heritage Site.

Less than an hour’s drive away from Vicenza, in the south-west direction, surrounded by mountains and theriver Adige, Verona, is the ‘must do’ destination for the romantics, as well as those with the refined tastes. The epic story of the famous star-crossed lovers Romeo and Juliet is set in the backdrop of this city. Juliet’s home,casa di Giulietta has the famous balcony overlooking the courtyard, where a

bronze statue of Juliette stands on a pedestal. Crowds jostle to grab the rather worn out right breast of the statue to make a wish. Love notes and locks cover the gate and walls– and the house of the neighbour ofthe Capulet of yore has been turned into a hotel for the love struck to spend a night next to Juliet. The grand arena or amphitheatre built by the Romans in Verona has been restored and is the venue for several cultural shows and where the 92nd edition of the Opera Festival will happen from 20th June to 7th September this year, 2014.

Some of the many interesting festivals taking place in Vienna in June are the festival of Vini, Baci, Bici (wine, kisses and bikes),the Verona Jazz festival (June to September), the Arena Opera festival (June to September) Estate Teatrale Veronese (Verona Summer Theatre Season) from July to August, the Verona Carnival which starts on 8th February. In the days leading up to Valentine’s Day on 14th February, the amazing Verona in Love festival is held. Endless free love themed concerts are held in the Piazza Dei Signore Square and the streets are filled with red heart shaped lanterns and romantic notes et al to herald lovers. The annual wine fair, Vinitaly happens in March annually where hundreds of manufacturers of the best wines of the region are showcased over wine-tastings.

Just where the flatlands of Veneto meet with Monte Grappa, the foothills leading up to the Alps, lies the beautiful town of Bassano del Grappa, barely 39 km north of Vicenza. A prosperous town, it dates back to pre Roman times and is prominent in the history of region, ruled, in turns, by Rome, Vicenza, Milan, and Venice, before becoming a part of the united kingdom of Italy. The serene vistas of Bassano have drawn many such as Napoleon

Bonaparte, Ernest Hemingway, Scott Fitzgerald, Dos Passos to spend many days and months. Bassano was the home of the renowned renaissance artist Jacopo Bassano, as well as Renzo Rosso, the founder and President of Diesel.

The most famous land mark of Bassano is the covered wooden pontoon bridge over the river Brenta, which was designed by Andrea Palladio in 1569, and since, destroyed several times, the last being the World War II. The Alpine soldiers, who fought the bloody World Wars, revere this bridge for the role it played and rebuilt it, earning it a new name Ponte degli Alpini.

The architecture of the town is a reflection of the many influences in the history of the town, from the Veneto-style arcaded streets and piazzas interspersed with alpine wooden balconies, and Austrian influences. The town has several designer clothes and furnishing shops.

The fiery Italian liquor Grappa is made from grape skins and leftovers. The historic distillery Poli is still manufacturing Grappa using the age old hand crafted methods, and host tastings at the Poli Grappa Museum. The other old Grappa distillery Nardini is located next to the Ponte degli Alpini. The white asparagus of Bassano is famous, and was specially procured for the nobility and the rich. Around April, several culinary celebrations around asparagus are organised in Bassano. The region became famous for its ceramics around the 15th Century. The city is dotted with other historical buildings and museums, churches. Open air restaurants, cafes, are everywhere, serving local specialities, wines, Grappa.

The chess town of Marostica is located barely 5 odd kilometres away from Bassano. This town is famous for its live human chess game that take place in the central square of the city, in the forecourt of the lower castle. Highly costumed humans and horses are the pawns. The event takes place every even number year, 2012 and now 2014, in the second weekend of September. The legend of the romantic dual fought via a game of chess by two young suitors, re-enacted with a great costume drama, armed soldiers, infantry, knights, fireworks, music, and is presided over by the governor and draws hordes of tourists from across the world. Ruled by Venice for 400 years, the influences are significant across the town. A trek up to the castle on the hill is rewarded with a grandstand view of the city below. 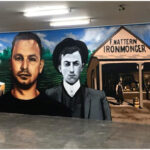 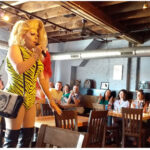 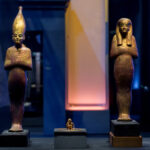