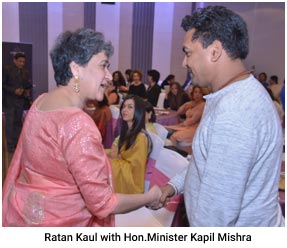 The Indian Council for UN Relations (ICUNR) held its 10th edition of International Women’s Day Awards on 3rd March, 2017 at hotel Le Meridian, New Delhi. Kapil Mishra, Hon’ble Minister (Art, Culture & Languages/ Tourism) Govt. of National Capital Territory of Delhi, was the Guest of Honor. In keeping with the occasion, a panel discussion was held on the topic of “The Idea of India – Brand India & the Role of Women in Nation Building.” The eminent panel comprised of such luminaries as Padma Shri Naina Lal Kidwai, Shereen Bhan, Managing Editor of CNBC-TV18, Evelline Colin, Shreerupa Sil and Swati Maliwal, Chief of DCW Delhi Commission for Women. 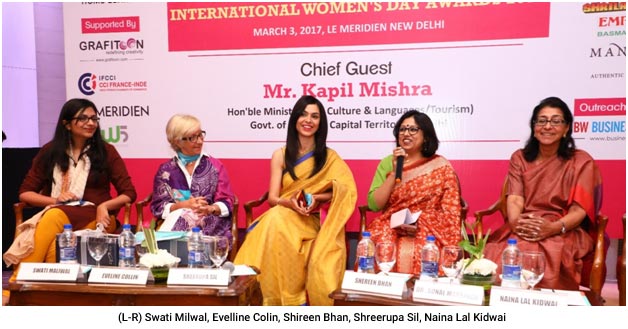 Many a powerful women who are leaders in their field have been the recipient of the ICUNR Women’s Award, which is instituted by Mrs Ratan Kaul, Vice President ICUNR. The awardees for this year are as follows.

Several renowned members of Delhi’s society were seen at the award function.

The event was supported by Something Creative by Leher Sethi, who has been associated with the event for the past three years, and Neeraj Kumar of Le Magnifique Events. 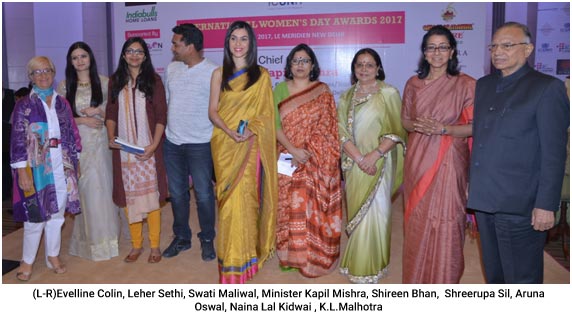