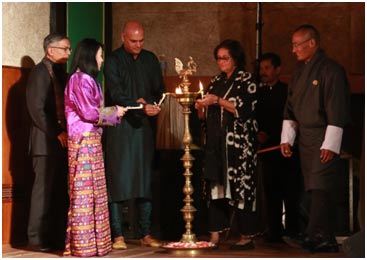 On the 24th August 2017 in Thimphu, the eighth edition of Mountain Echoes Literary Festival was formally inaugurated today by Her Majesty the Royal Queen Mother Ashi Dorji Wangmo Wangchuck, the royal patron of the festival, with the lighting of the lamp. Joining her in the lamp lighting were His Excellency Lyonchhen Tshering Tobgay, His Excellency Ambassador Jaideep Sarkar and Festival Co-Directors Namita Gokhale and Pramod Kumar KG.

The 2017 edition of the festival will embrace and explore globally relevant issues such as Environmental conservation, Natural history, Spirituality & Buddhism, and the global evolution of textiles and design traditions, amongst others, thereby bringing together a range of expertise and perspectives over the next three days until the 26th August. The welcome note by Mita Kapur, Festival Producer and CEO, Siyahi, was followed by the opening address by Her Majesty the Royal Queen Mother Ashi Dorji Wangmo Wangchuck. 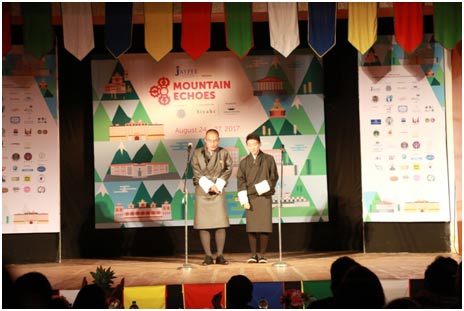 The highlight of the evening was a performance by His Excellency Lyonchhen Tshering Tobgay who recited a poem written by Charmi Chheda, along with a bright young 16-year-old student from Bhutan High School Dorji Gyeltsen. This was followed by traditional marchang and zhungdra performances by students of Sersang School.

The 2017 edition of the Festival will see 75 writers from across the world come together for debates, discussions and exchange of ideas. This includes 53 writers from Bhutan, 21 from India and 11 from other countries, including United States of America, Australia, United Kingdom, Czechoslovakia, Bangladesh and Nepal. 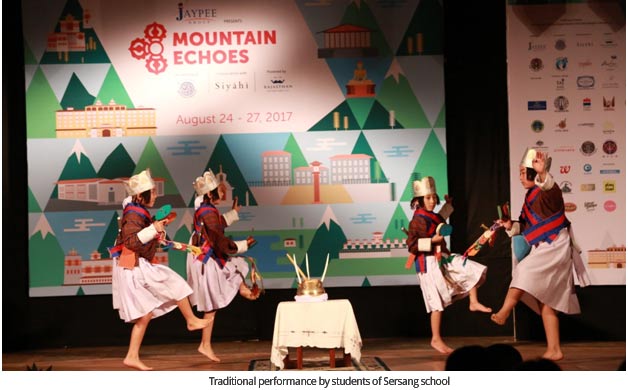 The three-day festival will continue till August 27, with engaging and insightful discussions being held across six locations in the city.