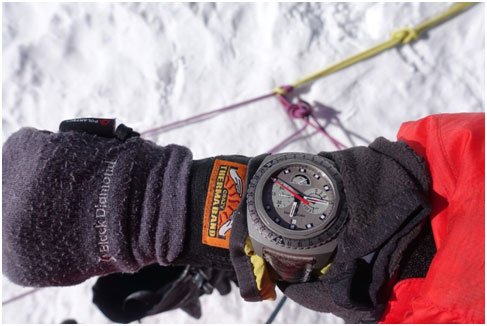 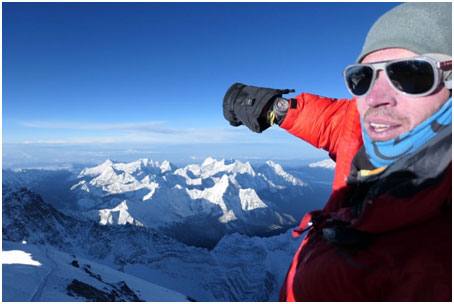 Coinciding with the 280th anniversary of Favre-Leuba, the Bivouac 9000 was previewed during Baselword 2017 and was officially launched on the consumer market in October 2017. Within months of the launch, the watch won the prestigious 2017-18 Watchstars ‘New Star’ award for the best new watch to enter the market.

The Raider Bivouac 9000 is indeed a ‘New Star’, but it pays homage to its 1962 predecessor with the same name. The core idea of the aneroid barometer is taken forth from the original Bivouac but the engineering and functional capabilities of the Bivouac 9000 ensure the watch’s performance, innovations and precision mechanics once again redefine expectations and hold true the brand claim of conquering frontiers.

The retro-futuristic Bivouac 9000 is the ultimate timepiece tool for adventurers, especially mountaineers as it shows the altitude using an aneroid barometer. The watch’s altitude/ barometer indicates short term changes in weather based on atmospheric pressure enabling mountaineers to determine if they should proceed to the summit or take shelter. It also helps them better understand their current geo-position, vital knowledge especially during low visibility conditions when it’s hard to determine distance to a destination, as well as providing climbers with a more accurate location to broadcast in case of an emergency rescue mission. For sailing explorers, the barometer is a dynamic indication of whether to change the navigation course due to unforeseen meteorological conditions.

Favre-Leuba is the second oldest active Swiss watch brand, with a rich heritage in watch engineering and designing spanning over 281 years. Led by eight generations of the Favre family until the 1980s, Favre-Leuba was acquired by the Tata Group on November 16th, 2011.