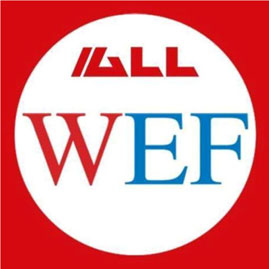 Dr Harbeen Arora, the force behind the ALL Ladies League (ALL) has successfully created a huge global forum for women, which is growing at a stupendous rate in the right direction. Speaking at the press conference held at Taj Vivanta, Ambassador, New Delhi on the 14th May, 2016, she explained the theme, scale and scope of the forum, which is designed to engage women from all walks and geographies.

The Second Women’s Economic Forum (WEF) Summit is being held at New Delhi’s Pullman Hotel in Aero City during 16-21 May 2016. The theme of the six day summit is: “Women: Uplifting & Uniting the World.”This is expected to be a major global event that will host 600 prominent women leaders from all walks of life from 90 countries, participating in 409 interactive sessions on 28 themes to discuss social empowerment, leadership, economic, business and social issues. 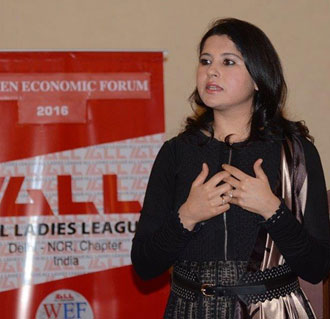 Some of the topics will include Innovation, Start-ups, Leadership, Entrepreneurship, Business and Globalization, Diplomacy, Sustainable Development, Peace and Spirituality, Social Empowerment, Environment, Health, Arts and Sciences and more.

ALL Ladies League is the world’s largest congregation of women. It has over 30,000 members with 450 global chapters, spanning 75 countries across the globe. It is an international network of women leaders.

Participants include Forbes-listed global business leaders, Professors from Harvard, MIT, Senior Ministers and Parliamentarians from India and abroad, Chief Ministers of various Indian States, Ambassadors and their representatives from 60 countries, large groups of leading business women from Russia, the Arab world, Africa, Europe, the US and South America.

Top men and women from business, government, politics and media will speak at several sessions on Make in India, and India’s emergence as the fastest growing economy in the world and as a leader of the New World Order. 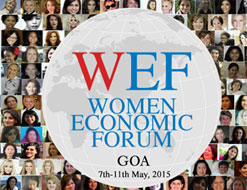 Among international dignitaries, WEF will be joined by

From India WEF will have Union cabinet Ministers, Chief Ministers, other political leaders and senior members from Government, media, business giving talks on the rise of India as the new global growth engine and a power house and a great place to invest in. Focus will be on “make in India” and India as an integral leader of the new world order. All studies across the world have now come to the conclusion that India indeed will lead global economic growth.The holding of Women Economic Forum is thus a significant timely step to position India as the new hub for investment and leadership.

The first ALL Women’s Economic Forum was held in Goa.