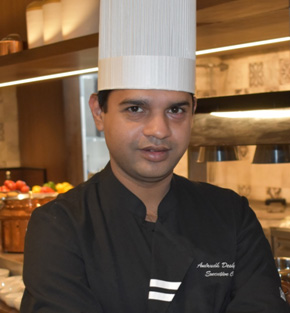 Courtyard by Marriott has now appointed a seasoned culinary professional Anirudh Deshpande, as the Executive Chef. He has over a decade of experience in the hospitality industry, with ample expertise in running kitchen operations; from training, developing and motivating culinary staff to meeting and exceeding established food preparation standards on a consistent basis. At the newly launched hotel, he will be responsible for planning the menu, budgeting, and planning for events. His impressive resume also includes the span of international stints, beginning from Goa, Park Hyatt for four years. Subsequently, he worked at Plan Hotel Neptune, Zanzibar, Tanzania in the role of Chef de Partie. At the Grand Hyatt Doha, Qatar, Anirudh served as Sous Chef and through his efforts the all-day dining- The Grill won best brunch by Time Out.  He’s been a part of the pre-opening task force at Park Hyatt Zanzibar. He was Chef de Cuisine at Hyatt Amritsar prior to his most recent role as an Executive Sous Chef at Hyatt Regency Amritsar.