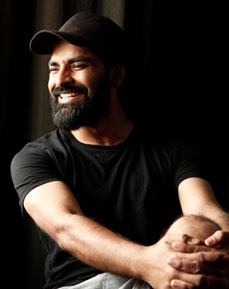 Fashion designer Ujjawal Dubey has launched a new line of footwear under his label Antar-Agni. Assuming the shoes are for men, with sizes starting from 6 UK, the designer uses the left over fabrics from the apparel lines for the uppers, leather and rubber for the soles. The elegant footwear compliments Antar – Agni’s apparel lines, in their understated and natural, subtle designs. All footwear is priced at INR11,700, as mentioned on their website.

Speaking about the new launch Ujjawal Dubey says, “We love monotones and color repetitions. Footwear for us carries the essence of the outfits and has started becoming a very strong element in our creations because not only does it carry the essence of the style but also has a great impact. For us, it’s basically the details in the layers of the look from top to bottom like the openings that form mini exposures of skin and break the monotony.”

Ujjawal Dubey launched his label Antar Agni, seven years ago on the Lakme Fashion Week’s Gen-Next stage to much applause. His genius and relevance has since been recognized on many prestigious platforms. The Woolmark Prize in Asia category, the Best Upcoming Designer for Menswear at the Grazia Young Fashion Awards 2015, being listed as the ’50 most influential young Indians’ by GQ India, the Elle Graduate Award in 2016, named in the 30 under 30 list by the Forbes India magazine in 2017.

Antar Agni is the next big label out of India, as we foresee.