My encounter with ‘mentalists’ was limited to fictional characters, such as Patrick Jane in the American TV serial Mentalist, enacted so capably by Simon Baker. And the sharp detective with unbelievable observation skills, Sherlock Holmes, imagined by Scottish author and physician Sir Arthur Conan Doyle. This did not prepare me for what to expect when I flew down to Kochi to meet in person, someone from this tribe.

“I am Adarsh, you can call me Aathi.”

Here he was, a boy-man with a curly mop of hair, disarming smile and the charm of the devil. A few minutes into the conversation, and I find in Aathi a wise old sage, a razor sharp mind, and eyes that don’t miss anything, and yet he was an easy-going, jolly good fellow. Intrigued and with my curiosity suitably piqued, I spent many hours trying to understand Aathi and his work. This was almost as easy as the first time with the Rubik’s cube.

Aathi has been globetrotting the past few years to hone his skills. Back in the country and with his incredible skills as a deception analyst, Aathi is wanted by the police to help them solve crimes. Corporate houses have him on board as consultant. Having tasted success with his performances before select audiences, he is rearing to launch himself as an entertainer. Adarsh, a.k.a Aathi – the Mentalist, answered a few pointed questions for The Luxury Chronicle.

Could you please tell us, in your words, what exactly is ‘Mentalism’ or a ‘Mentalist’?

In simple words, a Mentalist is a person who can psychologically redirect human thoughts and behavior. And Mentalism is a performing art form, in which the artist appears to demonstrate highly developed mental acuity. For me, this performing art is the blend of Psychology, Suggestion/Hypnosis, Magic, Misdirection and Showmanship. Most of the people in our community use this talent to claim super natural abilities, while a few try to explain the psychological measures in an entertaining manner.

What sets a mentalist apart from a magician?

A magician is about the sleight of hand, and creating visual distractions with tricks and timing. A mentalist on the other hand, creates a ‘psychological illusion’. Some professions call it Mind Reading. When I present a performance on a stage, it appears like a magic show. But the ‘tricks’ are different. It makes people to think more deeply, apply their intelligence.

People often confuse the term Mind magic with Mentalism. Even some professionals make this error. When I perform as a Mentalist, I apply Mentalism, where I take an existing psychological parameter and apply it to a trick, or a new idea. The fact is, getting information out of someone is pretty easy but making it entertaining enough for an audience is the tougher part. Magic, the art of astonishment, helps us transform Mentalism into an art form. This way we tend to amaze both the entertainers and the academia.

You were a prodigy with an unusual memory even as a child. Is that an essential requirement to become a Mentalist, or to master Mentalism?

Not necessarily. But it does help. The world of mnemonics has a lot to offer to the realm of Mentalism. Creating a highly intellectual ‘Memory palace’ can do miracles in both our life as well as in our profession. Again, just like anything else in the world, this comes with a price too. A few Casinos in western countries have banned me for having the ability to memorize cards relatively faster.

Your show is very polished and entertaining. How did you attain this level of professionalism for one so young?

It’s very kind of you to say so. There was this Great Quote by Leonardo Da Vinci, that I’ve been inspired by; “Details make perfection but perfection has no detail.” I think of it every time I practice. I have a dream show in mind. I honestly believe, to reach that level I have to travel extensively.Learning and improving are a never ending process. Right?

You were barely Eighteen years old when you gave your first performance at Taj Malabar, again at The Leela Kovalam, before a very erudite audience and blew everyone away. Yet you left the country and shunned fame. Why?

I was fortunate to connect with the right people early on, those who understood what I was about. For instance, ‘Team Ergo Consulting’ accepted that little boy who walked into their office without even a prior appointment one day. A five minute demonstration of a few skills earned me their trust and got me the first show. Fame came quickly and as also did more work. But I have always been averse to publicity. You must understand that as a young boy I was different from others my age and people looked at me differently. I did not have supernatural abilities, or mystic powers. But India is a land of Mystics, and even very informed people are quick to toss logic out of the window. It made me uneasy. I began to perform shows with the honorable intention to entertainingly reveal the reality of ‘mystic’ powers. There is a thin line we have to tread through, where if we are not careful people may interpret this as supernatural abilities. I am a shy person at heart. I felt uneasy about the buzz and fame, I guess.

For several years you travelled across the globe on luxury cruise liners as an entertainer, before finally returning to India. Why did you go away when success was already yours?

I decided to travel strictly for educational purpose, to learn more, to explore the world. I’ve been doing this research in behavior psychology and non verbal communication for a long time. To study the cultural body languages, I had to travel to different regions of the world. Associating with a Leading Luxury Cruise Liner made things easy.

You are quite famous in Kerala already. The rich and famous here have you on speed dial. What is holding you back from showing in metros like Delhi and Mumbai?

We are actually working on putting up shows in different metro cities in India. Until now, I have been very selective, performing before an eclectic audience only. But now I am opening up to show to a wider audience. With the new Show ‘Insomnia’ we have a metro tour on schedule.

You are already assisting the police and working with corporate houses etc with your skill of deception analysis. Could you tell us more about this?

It started as a small time favor to some friends in the law & order department, where for me it was more of academic interest. The association has been very productive, and I feel privileged to be associating with the department in investigating against ‘Scam and Fraud in Extra ordinary Claims’. I do give lectures at various law & order agencies within and outside the country. It has always been my mission to expose ‘fakes’.

The American TV serial ‘Mentalist’, hugely successful globally, also being aired on Zee Café, has made Patrick Jane a household name. Could we call you the Indian Patrick Jane?

(Laughs) That has been suggested. I love the show and the character portrayals… After Sherlock Holmes, this truly explained a Mentalist. But, these words by Oscal Wilde sum it up, “Be yourself, Everyone else is already taken”. We have been working on our own TV serial. This will be the first national TV special on Mentalism in India. 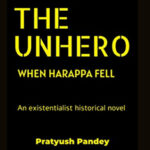 Celebrating the life and times of a Superstar called Rajesh Khanna 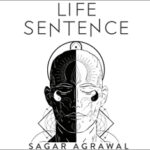