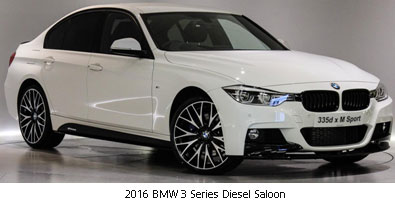 The reports of various models of BMW cars and SUVs engulfed in sudden fire under the hood even when parked, has forced the German automobile company to recall BMW 3 Series models manufactured from 2006 to 2011. Currently, the recall has been issued in North America, and could total up to one million vehicles. As per a statement issued by the Company, two separate problems have been identified, as probable cause of fire in the BMW 3 Series models from 2006 to 2011. One is related to faulty wiring in the air-conditioning system’s climate control blower fan. The second recall is for heater valve defect, particularly in some BMW models having 6-cylinder engines, manufactured from 2007-2011.

The recall was initiated over reports by the US National Highway Traffic Safety Administration (NHTSA), which brought the issue of fire risk to their notice. An investigation has revealed more than 40 cases since five years, of sudden fire under the hood of parked BMW cars. Michael Rebstock, BMW spokesman has reportedly said that both recalls are for about 700,000 cars each but because there are ‘a lot of overlaps’ the total number of affected cars is around one million. The affected cars were produced in Spartanburg, South Carolina as well as in Germany, South Africa and several other countries, the spokesman said.

Nearly 15,000 vehicles in Canada are affected by the recall. The spokesperson Rebstock reportedly said that the internal review of the problem is on and then it will be decided if the recall will include other countries as well.