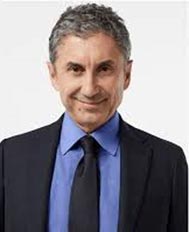 In what is being interpreted as a pandemic effect, the 62 years old CEO of Burberry, Marco Gobbetti just wants to go back home to Italy to be closer to his family. He quit his prestigeous post at Burberry in London, to return to mother land Italy. Since he has to do something I guess, he is just 62, he has gone ahead and joined his homegrown brand Ferragamo. Burberry’s loss is Ferragamo’s gain.  Marco Gobbetti has previously headed luxury groups Givenchy, Celine, Moschino, before joining Burberry in 2017. He has been responsible for successfully turning it around in the interim five years of his stay. In 2018 Gobbetti recruited ace designer Riccardo Tisci to introduce freshness into Burberry, popularly known for its trench coats.

Burberry Chairman Gerry Murphy said in a statement, “The board and I are naturally disappointed by Marco’s decision, but we understand and fully respect his desire to return to Italy after nearly 20 years abroad.”

The markets responded in shock and the Burberry stocks tumbled when the news broke, recovering some later. On the other side, Ferragamo stocks rose, before stabilising a little lower. Ferragamo has taken a body blow during the pandemic and it is being rumoured that a possible takeover is imminent, although the Ferragamo family has denied it stoutly. Gobbetti had boosted Burberry’s market value by nearly a third. It is expected he will bring the desired boost for Ferrragamo as well.

India – Suggestions for a gift on Father’s

India – Diplomatic Nite 2016 hosted at The