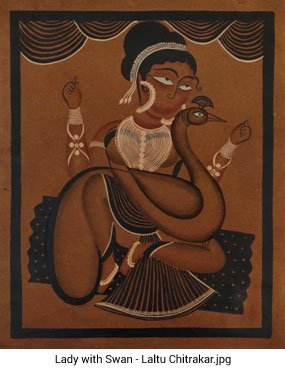 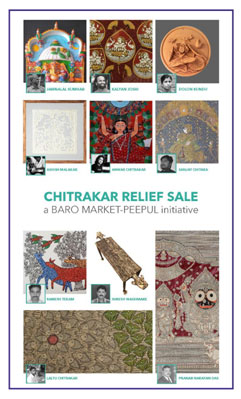 In these unprecedented times, art has been the last priority in a world struggling just to breathe. This in turn has adversely affected the makers of art – a people whose heritage has come down generations – and which is now threatened with extinction if we don’t intervene immediately. With this viewpoint, BARO MARKET is hosting the Chitrakar Relief Sale– an online initiative to raise funds for 10 master artists from across the country.

Srila Chatterjee – Founder, BARO MARKET has identified 10 artists from across the country who not only support their own families, but also students who represent the next generation of their art-forms. The online sale has been devised to provide some relief to both, the artists, and their communities. Sales of all artworks will be paid directly to the artists,with no deductions.

HOW WILL THIS BENEFIT THE ARTISTS:

Sales of all art-works will be paid directly to the artists, with no deductions.

An introduction to the Masters 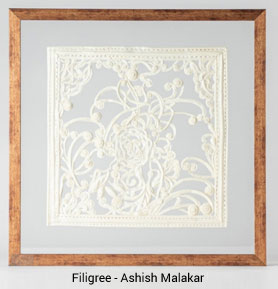 Ashish Babu comes from Bonkapasi in Burdwan, Bengal, from a family of national award winning sculptors of sholapith. His workshops for the government help to keep this skill alive,  working with design intervention that allows shola to be used in many different forms.

Anwar is an award winning Pattachitra artist from Bengal who has taken his traditional style and added his own artistry, philosophy and interpretation to each piece. He paints new Kalighat pictures, and canvases that infuse his political and social beliefs into the art. He brings a finesse to his paintings that takes it well beyond traditional folk art. 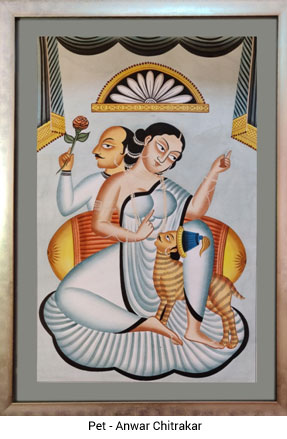 Dolon is a pinch potter from Bengal : a rare woman in a world dominated by men. In 2019, she won the President’s Medal and at 46 years of age, has built two separate all-woman teams.

Jamnalal is a Master terracotta sculptor who lives and works in Molela in Rajasthan. The mud he works with is from the banks of the Beas river. Traditionally, he made tiles that were 2D and flat, used as votives for festivals and celebrations by villagers from all around the states of northern India.

52 year old Kalyan is from Bhilwara, Rajasthan. Trained as an Accountant, Kalyan chose to immerse himself in the Phad art of his ancestors, while also experimenting with line drawing and collage, character animation and montage to give his stories a contemporary touch. He has a school for children and is working with the government to open a museum; his multitude of awards and shows worldwide are an inspiration to all. 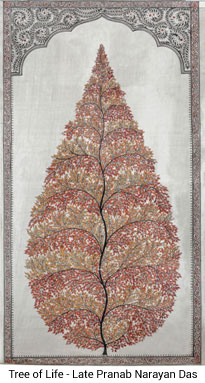 Laltu comes from a long line of artist-storytellers in Medinipur, Bengal. They were like wandering minstrels, who travelled village to village with painted scrolls sometimes 15ft long, which they unraveled as they sang out the story to an audience. He heads a whole group that works together and creates contemporary folk art in colours and stories that are relevant today.

Pranab, national award winning Pattachitra artist from Orissa, was taken by Covid on April 24. He leaves behind an atelier he founded where 15 artists worked closely under his charge, innovating by substituting tussar silk for the traditional canvas while still using colours from minerals and brushes made from the hair from a rat’s tail. We are committed to ensuring that his vision and family stay protected.

Ramesh is from the Gond tribe, the largest indigenous group in India that stretch across Madhya Pradesh and Bihar. Unlike other traditional art, he uses modern paints and material because the art is all an innovation from the traditional painting on mud walls. Ramesh is struggling to convince the next generation to continue with their wonderful tradition. He has painted walls in hospitals, schools and homes and looks always to find new ways to use his art. 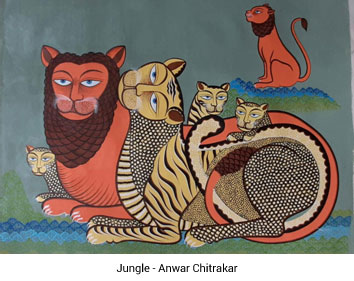 Master artist Sanjay is from the Vaghari tribe in Gujarat, once nomadic, who were not allowed into temples, and so created their own shrines wherever they were. These shrines were to the Mother Goddess, and were made from painted cloths joined together, behind the Mother – or “Mata niPachedi”. As the original need died out, a very young Sanjay took it upon himself to not just start treating it like an art form but also to make it more attractive by adding new colours and greater finesse.

Suresh is from Bastar, in Chhatisgarh, and is master sculptor of Gadwakam, the traditional method of casting metal by the lost wax method. It is ancient and goes all the way back to the iconic “Dancing Girl” of MohenjoDaro. A process like this means every piece is an original, and making large pieces becomes very difficult.