The setting was surreal for Maria GraziaChiuri, the new creative director of Christian Dior, who showed her first Haute Couture collection for spring-summer 2017 in a tent set up on the lawns of the Musée Rodin in Paris. 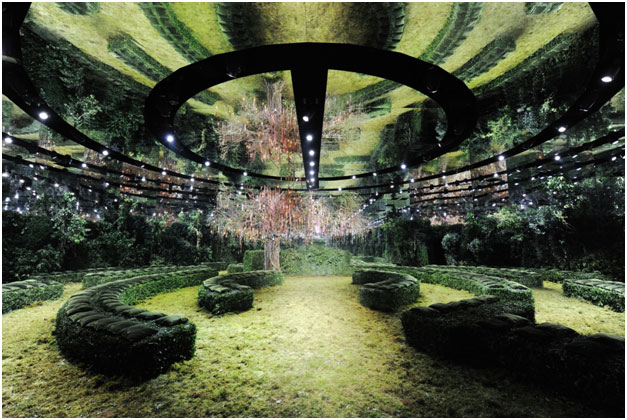 A fake gardenmaze, with unkempt green grass pathways strewed with moss, a meandering ivy covered low wall with cushions for the viewers, a tree adorned with light bulbs, ribbons, pendants, sort of like out of a dream, as was envisioned by the designer, who was reported to have said, “I don’t want to lose the idea of dreaming,but I do want to make it possible for couture to be wearable. ”Chiuri is the first woman couturier of Dior and has moved to Paris from Rome, where she worked with Valentino for a substantial part of her career. 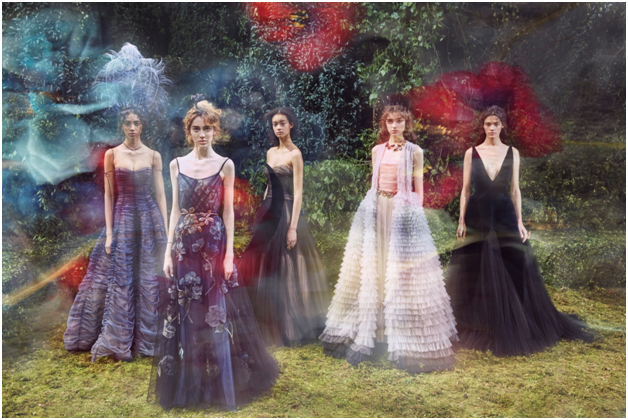 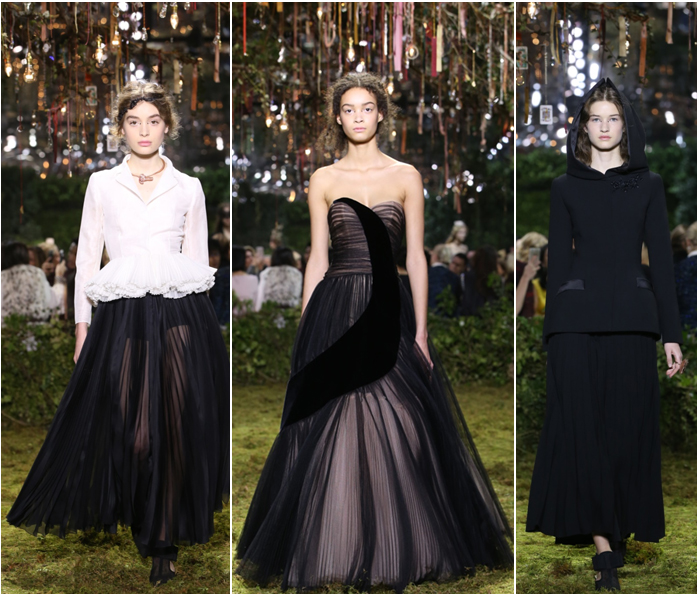 Dream and magic – was the theme of the after party outdoors, a masked ball in the gardens of the Musée Rodin, where more than 800 special clients and guests of Dior, Hollywood celebrities, some who had flown down. Magical lighting, candles, jesters on stilts, magic mirrors, fortune tellers, dancers, unicorns, fruits and food laden tables, bar, all reflecting in a mirrored ceiling. A sound track played the call of the wild, the sounds of animals. 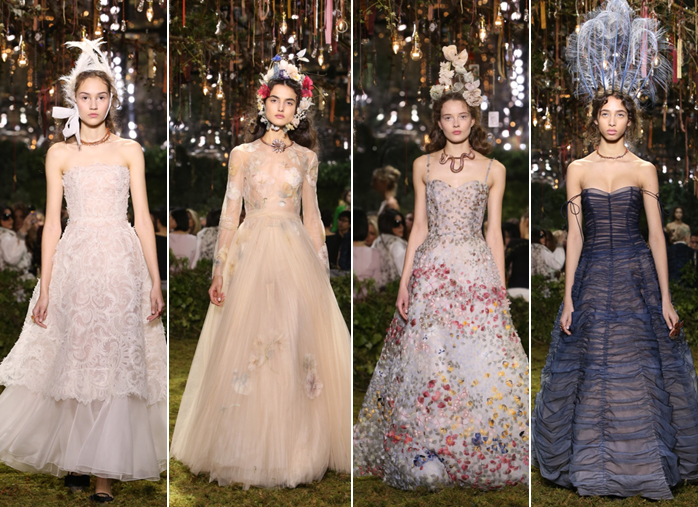 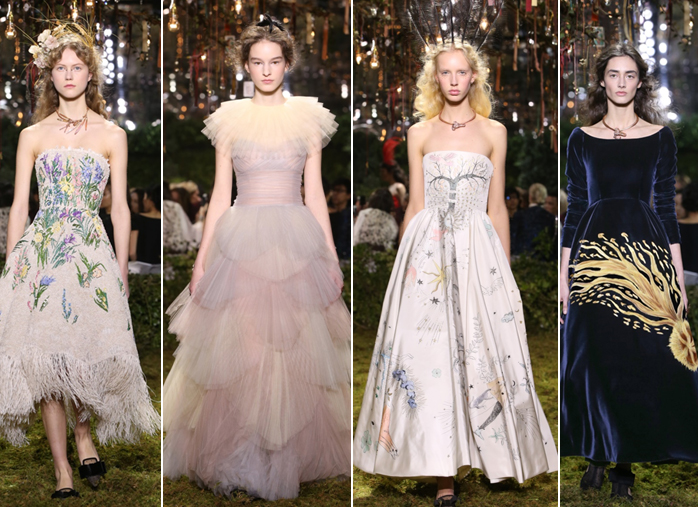 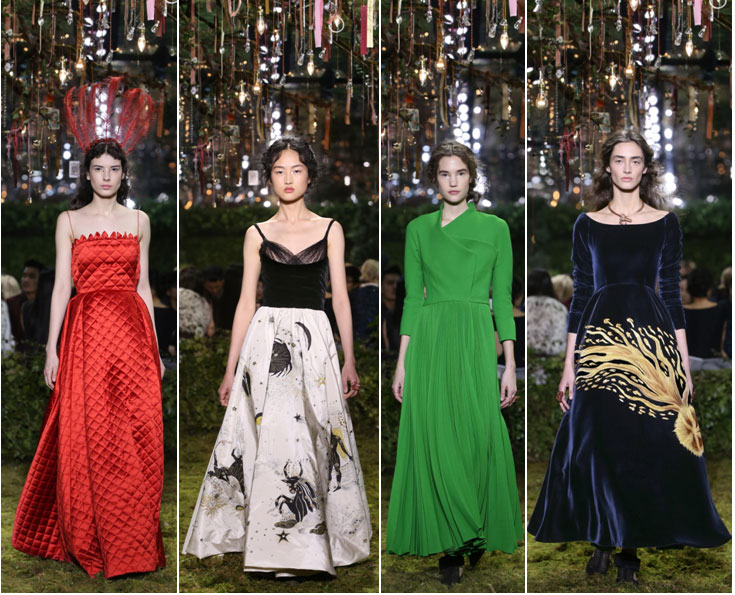 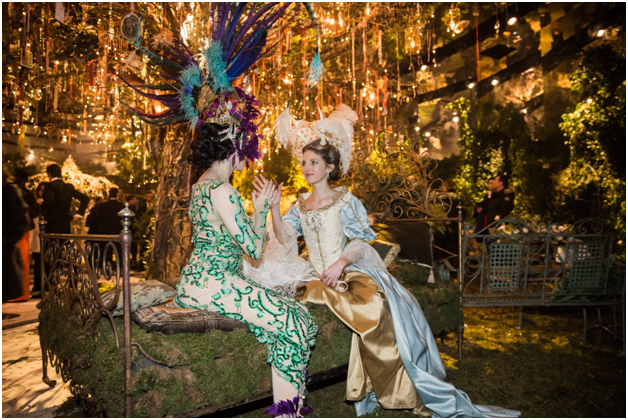