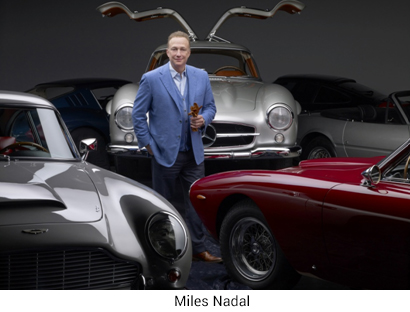 Talk about shoe fetish. When Sotheby’s New York and Stadium Goods put up 100 of their rarest sneakers up for a private auction, the avid collector Miles Nadal offered to pick the entire lot off their hands. The shoes were a curated selection of the most prized footwear from Stadium Goods’ famed Trophy Case – the most exclusive and coveted sneakers ever produced by Nike, Air Jordan, Adidas, Yeezy and more, spanning over 15 years of the most sought-after, limited edition drops in sneaker history. However the consignor of the Nike Moon Shoes preferred to keep the property available in public auction. Miles Nadal paid a whopping $850,000 for the remaining 99 shoes. And the 1972 Nike Waffle Racing Flat ‘Moon Shoe’ will remain open for bidding for one more week, until 23 July (estimate $110/160,000).

Nadal is the Founder and Executive Chairman of Peerage Capital, a leading North American business services and private investment firm with over $8 billion of assets under management and 1,500 employees. He is also an avid car 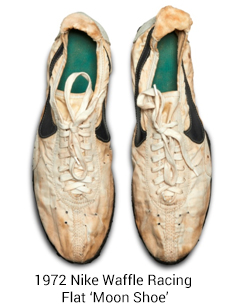 collector, entrepreneur, industrialist and philanthropist. The proud owner now plans to display the sneaker collection at his Dare to Dream Automobile Museum in Toronto, Canada – a private museum featuring an extensive collection of classic cars. Miles Nadal plans to share the collection with friends, family and charitable organizations, upon request.

The complete exhibition of all 100 pairs will remain on public view at Sotheby’s New York until 23 July.

Noah Wunsch, Sotheby’s Global Head of eCommerce, commented: “It’s clear from Mr. Nadal’s comprehensive collection of iconic cars that he is someone with a strong interest in items of the highest standard of design and quality. To have a collector of his standing acquire such a significant collection is a testament to the present strength and future of the sneaker collecting category. Stadium Goods has been an exceptional partner throughout this process, and their curated selection of the finest sneakers ever produced has proven to be an irresistible offering.” 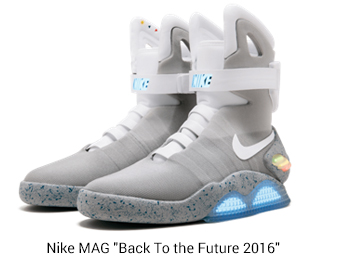 John McPheters, Stadium Goods co-founder and co-CEO, said: “Mr. Nadal’s obvious connoisseurship for fine design affirms the broad-based quality of the items we were able to put together with Sotheby’s, and we’re thrilled that Mr. Nadal is planning to present the sneakers together. This represents a key moment both for sneaker collecting and sneaker culture overall. We are proud and honored to have been able to partner with Sotheby’s to bring Stadium Goods’ passion for the culture of sneakers to new audiences.”

Miles Spencer Nadal expressed: “I have always been an avid enthusiast and appreciator of unique art and collectibles that represent innovative design, exceptional craftsmanship, and new and exciting trends in pop culture. Acquiring such a range of contemporary classics is a unique opportunity to build a substantial sneaker collection of iconic proportions. The collection will be a wonderful complement to the Dare to Dream classic car collection, and I am excited to showcase these magnificent sneakers.” 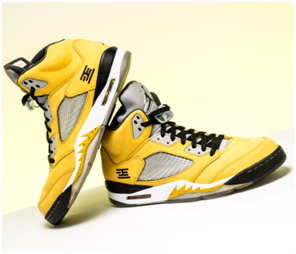 An avid car collector and enthusiast, Mr. Nadal has acquired over 142 cars and 40 motorcycles which comprise the Dare to Dream Classic Car collection. The collection ranges from the first motorized car in 1886 – The Karl Benz Motorwagen – to the 1955 Mercedes Benz 300 SL Gullwing, to most of the modern-day Super Cars. Housed in a private, 94,000 square foot facility at the Dare to Dream Automobile Museum in Toronto, the museum also features a substantial collection of automobile and racing artifacts, collectibles, and antiques.

AIR JORDAN 11 ‘DEREK JETER’
To commemorate legendary New York Yankee short stop Derek Jeter’s retirement in 2017, Jordan Brand produced only five pairs of the Air Jordan 11 – one of the rarest Air Jordan 11s releases of all time. Each were released via a scratch-off lottery system at 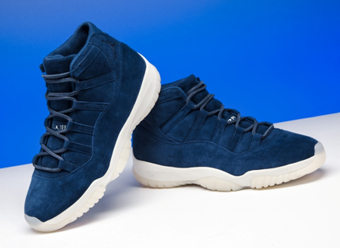 a pop-up shop near Yankee Stadium on the day of his retirement ceremony. The colorway is constructed in a premium navy suede upper with Jeter’s famed #2 embroidered on each heel in white.

CHANEL X PHARRELL X ADIDAS OWNED BY KARL LAGERFELD
Created by rapper Pharrell Williams in collaboration with Adidas and famed fashion house Chanel, the ultra-rare adidas NMD Hu TR was released only at a special Chanel pop-up shop at Colette in Paris in extremely limited quantities. Featuring a modified design that replaces “Chanel” across the top of the right shoe with “Karl”, this pair was given exclusively to Karl Lagerfeld as a gift from Pharrell. This “Karl” edition is thought to be the only pair in existence. 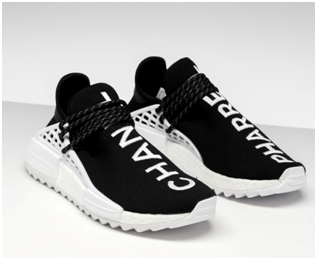 Worn by Marty McFly in Back to the Future Part II, the once-fictional sneaker was released by Nike in 2011, following petitions from fans to create the mythical design. With only 1,500 pairs made, the limited-edition shoe was one of the most significant sneaker releases in history. Exclusively offered at auction that year to benefit the Michael J. Fox Foundation for Parkinson’s Research, each pair of original Nike Mags fetched thousands of dollars. While the 2011 version did not include the self-lacing technology as seen in the movie, it included light-up features on the strap, heel and midsole.

In 2016, Nike perfected real power lacing technology, and released the Mag once again – also sold to benefit the Michael J. Fox Foundation for Parkinson’s Research (pictured right). With only 89 pairs produced, the self-lacing version was much more limited than the 2011 release and even more special due to the power-lacing feature and extreme rarity.

TRAVIS SCOTT X AIR JORDAN 4 ‘FRIENDS & FAMILY’ COLLECTION
Designed by multi-platinum rapper Travis Scott, this collection features some of the most sought-after sneakers in recent years, including four unreleased ‘Friends and Family’ versions of Scott’s Air Jordan 4 “Cactus Jack” design. The group is comprised of the highly coveted purple suede edition, two versions of the “Mocha” colorway (pictured left); and a preliminary version of the blue colorway without the speckled detailing on the plastic lacing and heal tabs of the version released at retail. The group of unreleased ‘Friends and Family’ versions also included an original retail version, for a total of five highly sought-after items.