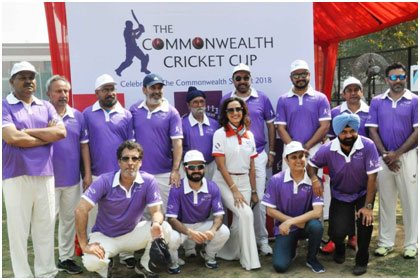 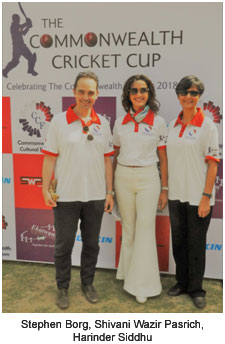 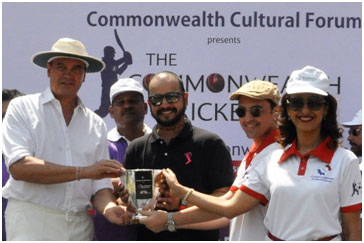 The event served two agendas, – of celebrating the upcoming Commonwealth Summit 2018 and to raise awareness about the suffering of people afflicted with Epilepsy by aligning with Ekatwam. Additionally, it also turned into a birthday party for the grand old man of cricket, Gurcharan Singh who has won the Dronacharya award and trained 12 international cricketers. Even as he turned 83 years old, he showed he had not lost any of his fervor as he bowled out two players at the match.This was a part of a series of events held across the globe in the lead up to the Commonwealth Heads of Government Meeting in April 2018, which will be attended by Prime Minister Narendra Modi and other Commonwealth leaders.

The reigning star of the morning was Shivani Wazir Pasrich, whose event company SWP Productions had conceptualized the event. She merges her multifarious roles as MD of SWP Productions, founder of the Commonwealth Cultural Forum and governing board member of Ekatwam, by initiating the Commonwealth Cricket Cup. Speaking about the endeavor, Shivani W Pasrich said, “I believe that sports unites regardless of culture and stature. Whether through Polo or Cricket, SWP Productions believes in using sports as a medium to advance social causes. Our cricketers are not just great players, they are also wonderful human beings. ViratKohli, Sunil Gavaskar and Gautam Gambhir have spoken out in support of people with Epilepsy and so many of our legendary cricket players are playing to support this cause. As a board member of Ekatwam, I would like to thank our cricketers and all the supporters of the Commonwealth Cricket Cup for letting thousands of people believe Together we Can!”