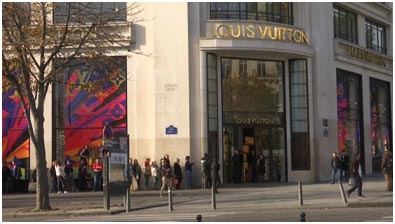 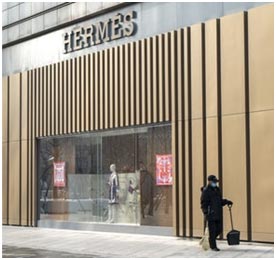 The outbreak of the coronavirus in China, on the tail of a long drawn protest season in Hong Kong, has given enough cause for the $300 billion luxury industry to introspect, even as they re-calibrate the profit projections and count the losses. The comparisons to the era of the SARS virus outbreak in 2003 are not valid, as the Chinese shoppers accounted for less than 10% at the time. Since then, their economy has grown significantly. As per Bain & Company Consultancy estimates, the leap in growth of the luxury industry over the past decade is driven by Chinese consumer, accounting for 90% of last year’s increase in revenues to € 281 billion.

China has been the biggest market for luxury goods, consuming nearly 35% in value, compared to the rest of the world. The Chinese consumer seamlessly shops from the many stores inland, at duty free shops as a traveler, and overseas destinations. Milan’s Galleria Vittorio Emanuele II, the Mecca for the worshipers of luxury brands, is overrun by Chinese shoppers in any season. Chinese duty-free spending for luxury fashion accounts for 43.7% of the total spend. The spending estimates in Paris region for 2018, just on

durables like bags, perfumes, apparel, was reported to be $290 billion. The spending pattern peaks during the Chinese Lunar New Year, when shoppers are travelling with family, or dining out more, buying gifts. The 2019 Lunar New Year season totted up spends up to $150 billion. The luxury brands’ projections for 2020 were severely hit, with the outbreak coinciding with the high profit period. The lock down on travel, and suspension of flights by several international airlines, has further impacted sales even outside of mainland China. In 2018, the Chinese tourists, who are world’s top per capita spenders per trip, accounted for nearly 150 million, triple that of a decade earlier. 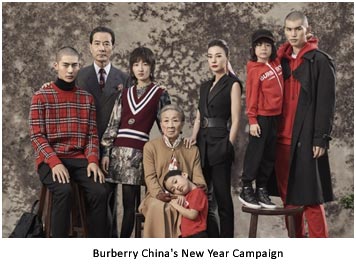 Given the numbers, China has become the main focus of all luxury brands. The fall out of the virus is naturally big too. British fashion house Burberry  Group Plc was hit the most, as the Chinese shoppers account for nearly 40% of its sales worldwide. The Company has reportedly issued a statement that it no longer stand by its previous financial forecast. It has shut 24 stores, out of the total 64 stores in mainland China. The others have reduced the working hours. Burberry had planned their first fashion show under new designer Riccardo Tisci, scheduled in Shanghai in April. It remains to be seen how that will pan out.

The virus effect has Tapestry Inc., the owner of Coach, Kate Spade, and Stuart Weitzman, reporting that its sales for the second half of its fiscal year could see a hit of $200 million to $250 million. John Idol, CEO of Capri Holdings, the parent company of Michael Kors, Versace, and Jimmy Choo revealed last week that they have shut 150 of 225 stores in mainland China. Their sales outlook projections were reduced by $100 million, as of February 4, 2020. Prada SpA too has shut stores in mainland China and Macau. Kering SA’s Gucci brand accounts for 60% sales, and 80% of its operating profit, and huge popularity in China. 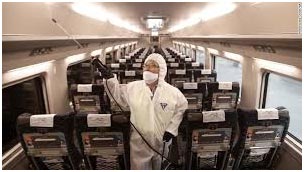 The rude realization and lesson for the luxury industry is to spread their markets, and focus on other developing regions. The French luxury behemoth LVMH, which recently bought out the US jeweler Tiffany has developed its markets in USA, and is not entirely dependent on China. The lure of the low hanging fruit that China offers, has skewed the vision. The mega slump in 2015-2016, when the Chinese government cracked down on corruption, corporate gifting,and extravagance, sent the markets in a spin, and the brands turned towards Europe and US and the Japanese shoppers, even a growing market in India. Burberry’’s over reliance on China is going to affect it maximum.As per a research note issued by the Investment bank Jefferies, much of Burberry’s business in China is clothing, a category that could feel more of an impact because it is seasonal. However, shoppers who don’t buy now might not buy later either when the weather changes. Most brands are looking at April for a clear picture to emerge.