The fittings have commenced as per schedule for the upcoming Lakmé Fashion Week Summer/Resort 2016. Beautiful leggy models in glamorous designer-wear gracefully gliding down the well-lit ramp is going to happen later. Before that, it is the sweat and grind drill for all involved. Here are some pictures from the fittings sessions of some of the designers. 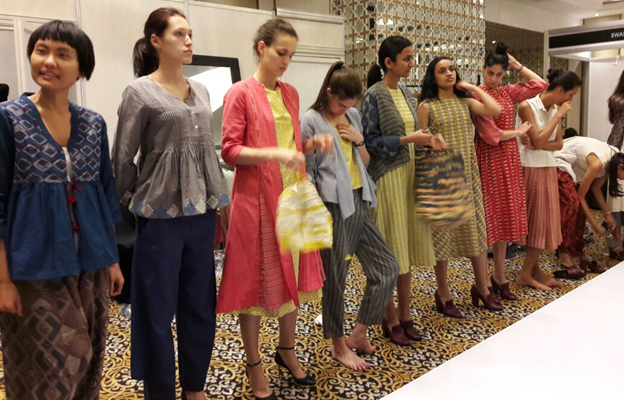 All the way from Kolkata, Garo by Priyangsu & Sweta have worked on the theme ‘FEMMES di TAHITI’, inspired by native Tahitian prints, colors and motifs. Naturally, it is all about nature. They have used soft handloom Chanderi, cotton Matka, woven Bapta silk and chiffon textures for their line. 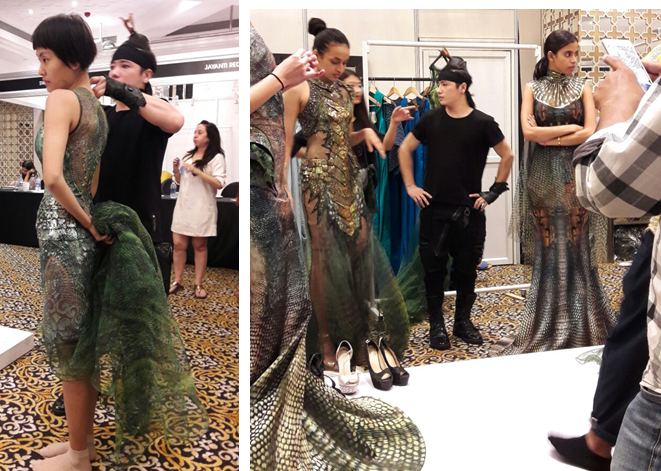 Manipuri Designer Asa Kazingmei, who belongs to the very stylish North Eastern region of India, will present on 3rd April, his collection ‘REPNOTIC’, which is all about those little details that go unnoticed. 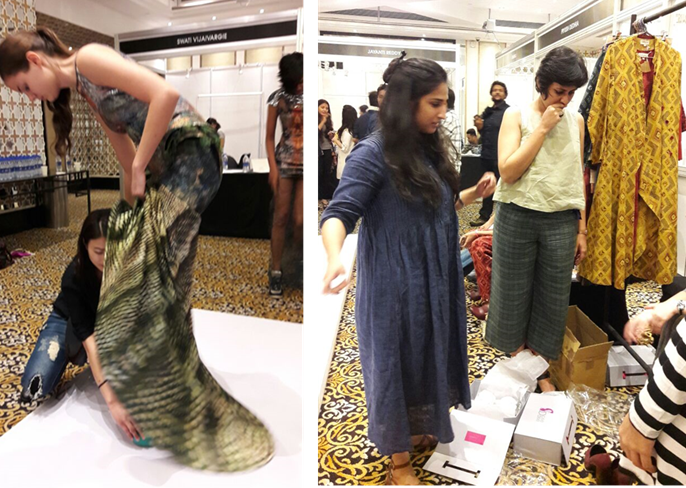 The label Indigene by Jaya Bhatt and Ruchi Tripathi is going to present a line of apparel based on the Japanese aesthetic of Wabi-Sabi that could be described as beauty that is “imperfect, impermanent, and incomplete”. Naturally, their theme is ‘Transience’ for the flowing apparel in hand-printed ajrakhs, handspun and hand-woven khadis. Oh, they also said to expect some elements originating from Burkina Faso in Africa! We will find out soon enough what this is all about. 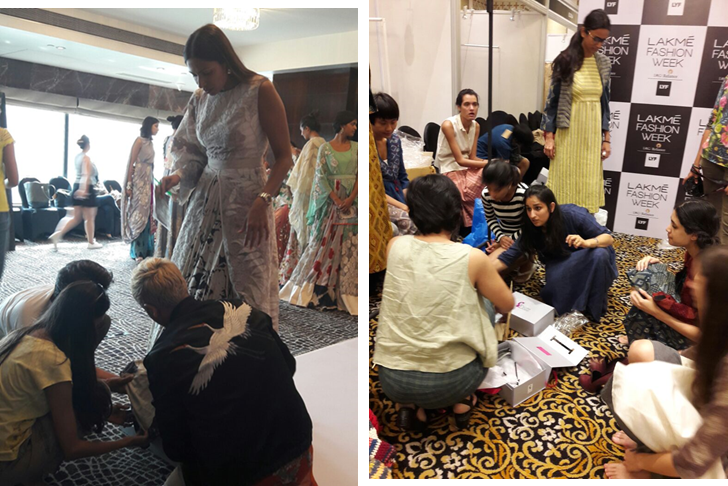