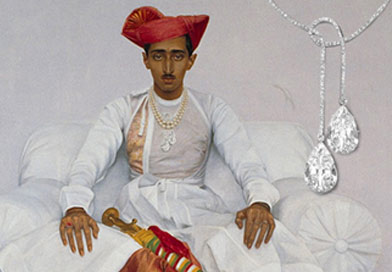 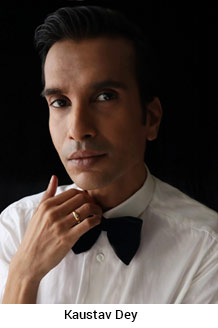 Why do natural diamonds and royalty go hand in hand? Why did the most powerful men in the world, the best-known monarchs through history, choose diamonds to adorn their crowns? Even today, the lure and lustre of natural diamonds have not diminished for the most eminent among us.

For me, diamonds are rooted in childhood memories. My mother would tell me about a luminous solitaire, set in a gold band, lighting up every room it was in. It was her favourite possession, once belonging to her father, even though it was too big for her to wear. She loved it with a passion, recounting often how my grandfather wore the ring every day and expressing the hope that some day I would too. That was the first diamond I ever came to possess. Fittingly, it was a century-old heirloom that symbolised a heritage and a continuum through the generations, testimony to the affinity men have for diamonds. 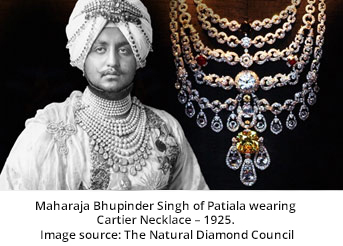 What is it about a natural diamond that makes it the ultimate symbol of royalty? Its close association with history was never in doubt – since the 4th century, rulers’ hands have twinkled with diamonds and kings have waged wars to acquire them. Emperor Aurangzeb famously laid siege to the Golconda Fort for eight months to acquire the Kollur diamond mines and its glorious constellation of the world’s most epic diamonds – right from the Hope Diamond to the Darya-e-Nur.

Further north, Maharaja Bhupinder Singh commissioned the Patiala Necklace in 1925 – one of the best-known pieces of royal jewellery ever. It took the renowned Cartier jewellers more than three years to make and is studded with an astounding 2,930 natural diamonds, weighing over a thousand carats. At the centre of the necklace – its glowing, glittering heart – was the yellow 234.6-carat De Beers diamond, the seventh largest in the world. 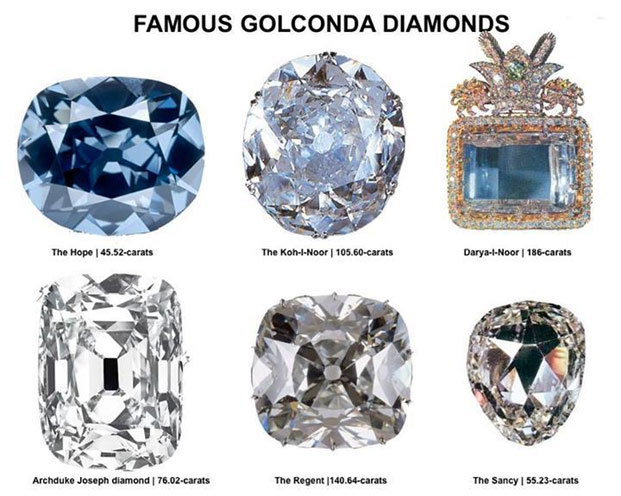 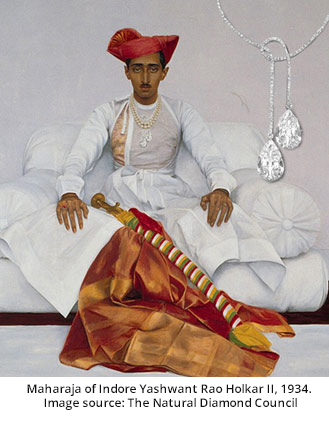 True luxury has never been immortalised more fittingly than in a royal portrait from 1934 of the young Maharaja of Indore, Yeshwantrao Holkar II. In it he sits on a settee, dressed in simple white, wearing a turban. On a remarkable necklace he’s wearing reside the world-famous Indore Pear Diamonds, a startling 47 carats each, like two bookends of a brilliant baguette-cut starburst. The Maharaja seems casually unaware of this spectacle on his person, leaning back slightly, his royal sword at his feet, the picture of royal, masculine grace.

No wonder then that diamonds stand for great prestige, strength, courage, invincibility and luxury.

It stands to reason that only what’s natural can resonate real luxury – after all, that’s what makes it rare and gives it an other-worldly quality. It is what houses at its core a deep, resolute emotion. It’s like the heavens have sent stardust especially for you.

Here’s a story that shows there’s nothing commonplace about natural diamonds. In the late 1800s, Henry Cyril Paget, 5th Marquess of Anglesey, an eccentric and extravagant connoisseur of diamonds, had a jewellery chest that boasted the rarest stones and designs. In it was a tiara inspired by Victorian design and pear-shaped motifs with European and old mine-cut diamonds amounting to 100 carats. The row of sparklers could be detached and worn as a rivière necklace. This shows that diamonds are part of the possessor’s soul, linked to their very identity. 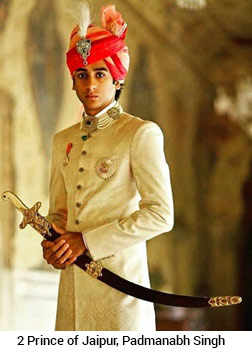 The maharajas of today – not necessarily royalty, but those who rule our business and cultural landscapes – believe in diamonds as much as those of yesteryear. Sabyasachi, the last word on fashion luxury today, shows his love for diamonds through his creations – the sophisticated, effortlessly masculine men in his stunning campaigns are swathed in layers of diamonds. Taking a cue from that, the maverick maharaja of today’s cinema, actor Ranveer Singh, chose a spectacular necklace of uncut diamonds for his wedding to his queen, actress Deepika Padukone.

Perhaps nothing shines the spotlight on the brilliant future of natural diamonds more than blue-blooded royal – the 21-year-old dapper Prince of Jaipur, His Highness Padmanabh Singh himself. He wears his incredible family heirlooms well and he wears them lightly, effortless in his style, standing tall with his royal sword clasped in his hands. And on his turban rests a brooch sparkling with a glittering cluster of diamonds. In this beautiful portrait, his inherent grace reminds us of another young prince we know, the Prince of Indore who, almost a century ago was also immortalized wearing the Indore Pear diamonds with as much quiet power in a portrait.

The ‘Garden of Delights’
(Hortus Deliciarum)
High Jewelry by Gucci

The Tiffany Diamond
Under the Spot Light Again
prev next