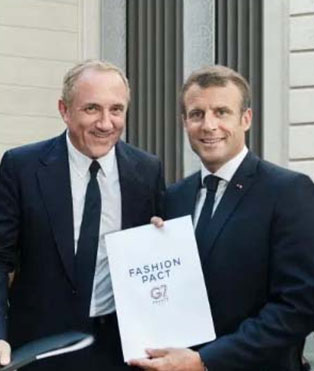 In an announcement ahead of the just concluded prestigious 45th G7 Summit meet in Biarritz, France, the chief of Kering, François-Henri Pinault headed an initiative for climate change and sustainability for the fashion industry. He found support from 32 global fashion corporations such as Chanel, GAP, Inditex, Kering, with nearly 150 fashion and retail brands like Nike, Adidas, Prada, H&M, Hermès, Zara, who have given their commitment to the cause of climate, biodiversity and oceans. The signed pact was to be presented to French President Emmanuel Macron. The ‘Fashion Pact’ brings together brands across every category, whether luxury or mass-market, who pledge to reduce carbon emission by 2050 by using sustainable raw materials and use hundred percent renewable energy for manufacturing through supply chain. By 2030, stop single-use plastic and microfiber pollution, as well as work towards controlling the release of plastic pallets in their fibers and packaging.The pact is not legally binding of the brands that have joined hands, and will not be penalized for missing targets. 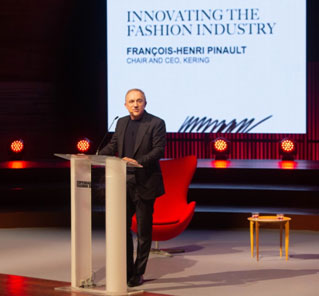 Most of the agendas were already discussed at the Copenhagen Fashion Summit 2019 in May. The rise in demand for sustainable fashion is a war cry, and the change has to happen faster. As per a UN report, the fashion industry contributes towards 10% of all greenhouse gas emissions, 20% waste water, and consumes humongous amount of energy. Reportedly, Pinault said in his email, “The global challenges we are facing are complex, and know no borders. Only coalitions can overcome them, bringing together governments, businesses and civil societies.This Fashion Pact is about saying: We have acknowledged the 21st century’s environmental issues, and we are taking our responsibility through collective action and common objectives.”The alarming Euro monitor report has declared that the worldwide apparel and footwear market will grow at 5% through 2030, and further strain the planetary resources. Ellen MacArthur Foundation has warned that textile production emissions will rise more than 60 percent by 2030 if the industry stays on its current path. However, the world’s largest luxury group by sales, LVMH Moët Hennessy Louis Vuitton, was missing from the pact.

France recently banned the destruction of unsold consumer goods, including clothes and beauty products, by 2023. In UK, the proposal from cross-party committee to tackle fashion’s footprint, suggested charging fast fashion producers one penny for each garment and a ban on incinerating unsold stock. The British government rejected the proposal.