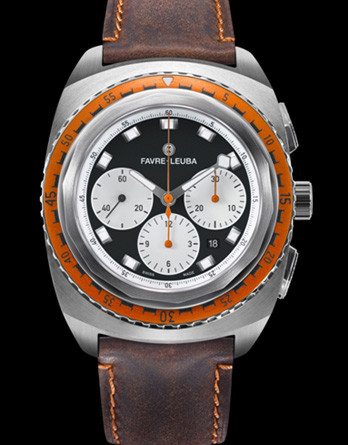 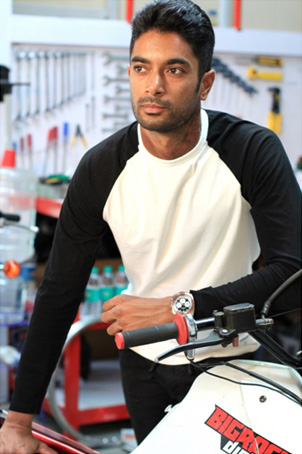 The second oldest Luxury Swiss Watch Brand Favre-Leuba, which was acquired by the Tata Group, has announced that India’s no. 1 off-road racer, CS Santosh will be the Brand Ambassador of their Raider Sea Sky timepieces. CS Santosh is a name that is synonymous with testing all limits and being the first to take up some of the biggest challenges. He is the first Indian in history to compete and finish the Dakar Rally – the world’s toughest off-road motorsport event. He has won several races such as Raid De Himalayas, Desert Storm and India Baja. He was also the winner of P1 Power Boats.

Taking on the new role as Indian brand ambassador for Favre- Leuba, CS Santosh said, “It is an absolute delight for me to be associated with Favre-Leuba. It is a brand that believes in celebrating its strong heritage and conquering frontiers, from the depths of the oceans to the highest of altitudes.  I consider this to be a very exciting collaboration and their belief of breaking new barriers aligns very well with my personal mantra in life.”

Speaking on the collaboration, Mr. Vijesh Rajan, Brand Head of Favre-Leuba expressed, “It bring us great joy to announce CS Santosh as our Brand ambassador in India. Santosh has been representing India for more than a decade now as a front runner in the world of motor sport and his limitless imagination to conquer new frontiers reflects perfectly in the DNA of Favre-Leuba. Globally, we’ve associated with Pen Hadow, Adrian Ballinger and Sayuri Kinoshita as Brand Ambassadors. We look forward to conquering new frontiers together with CS Santosh.”

The Favre-Leuba Raider Sea Sky aligns with Santosh’s unaverred adventures. Since 2016, the brand has been testing the timepiece and its performance across challenging environment as an instrument with genuine functionality beyond telling time. The watch has successfully managed to stand strong through various extreme weather conditions and environmental changes making it an ideal fit for a rugged environment as extreme as off-road racing.

The Raider Sea Sky incorporates a retro futuristic design philosophy. Bold and spunky, the Raider Sea Sky combines the functionality of a chronograph with the practical benefit of a rotating bezel, which allows the wearer to calculate speed and precise time. A pop of color makes an impact in the water, on land or in the sky, complemented by luminous index marks on the dial. 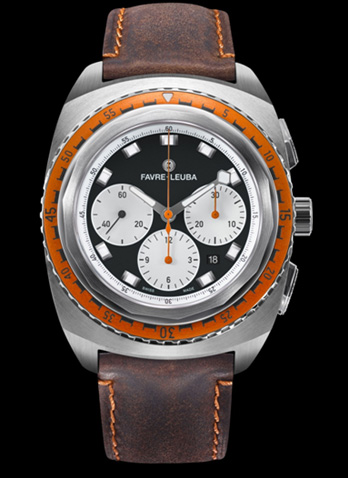 CS Santosh, as an off-road bike racer, needs a device which can not only be his time keeping companion but something that stays put on his wrist and functionality through a very rigid environment, thus making the Raider Sea Sky the most compatible time piece for him and all his racing expeditions where even a hundredth of a second can define results.

Favre-Leuba is the second oldest Swiss watch brand, with a rich heritage in watch engineering and design spanning over 282 years. It was led by eight generations of the Favre-Leuba family until the 1980’s and acquired by the Tata Group on November 16th, 2011. With the global reach and understanding of the Tata Group supporting it, Favre-Leuba is now transitioning a legendary brand into the present day while continuing to cherish the very thing it’s forefathers breathed life into – the art of watchmaking. Not many brands can look back on such a rich and inspiring history, and few people will ever have the privilege of owning a part of it. Today, Favre-Leuba is creating future legends that will be cherished by anyone who believes being exemplary is just the start of their own story.