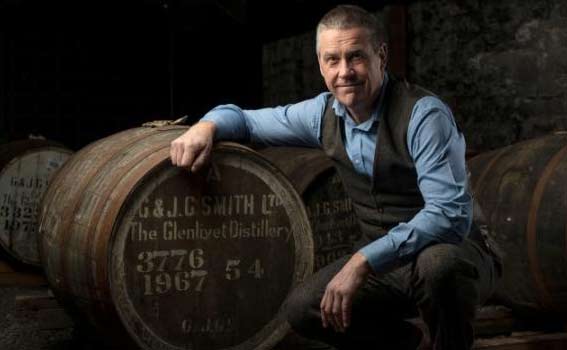 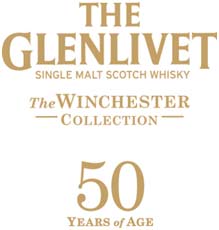 The Speyside Single Malt, Glenlivet partnered with Award-winning British designer Bethan Gray to create handcrafted bottle and case for the Glenlivet Winchester Collection, Vintage 1967, a blend of rare single malts, the youngest of which was laid down by former Glenlivet Master Distiller, Robert Arthur in 1967. And today, on 12th March, 2019, Scotch whisky connoisseurs can get their hands on a piece of Scotch whisky history – with the global release of just 150 bottles of this Glenlivet Winchester Collection Vintage 1967.

The launch is the third in The Glenlivet Winchester Collection, which celebrates over 40 years of dedication to Scotch from Master Distiller Alan Winchester – and follows the release of Vintage 1966 in 2016 and Vintage 1964 in 2014, two of the most sought-after whiskies in the world.  Each bottle will retail at a suggested RRP of $25,000 USD. 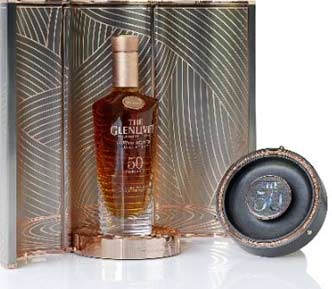 The British furniture Designer Bethan Gray has handcrafted the exquisite bottle and case that hold the 50 year old Scotch. Her inspiration comes from the land around the Glenlivet distillery, her family history in the area and the complex whisky itself. Bethan’s grandfather lived and worked as a forester in the Cairngorms, home of The Glenlivet, and she was inspired by the landscape while exploring the area with Master Distiller Alan Winchester. The layers of mist that gather in the surrounding valleys became inspiration for the unique reinterpretation of her Dhow pattern that surrounds the bottle.

The Glenlivet Master Distiller, Alan Winchester, and Bethan Gray spent many months working closely together sharing their craft and walking the Cairngorms where the Glenlivet distillery sits to produce this newest release. Alan Winchester said, “The launch of Vintage 1967 is a momentous occasion for The Glenlivet, and a particularly proud one for me personally. To have my name associated with one of the finest single malts that money can buy is an honour – what a fantastic way to celebrate more than 40 years in the Scotch whisky industry. By collaborating with the talented Bethan Gray, we have been able to epitomise not only Vintage 1967’s luxurious quality but also the craftsmanship that led to its creation. The result is a beautiful and captivating bottle that ensures Vintage 1967 is a feast for the eyes as well the palate.”

“Everything I do is about collaborating with people to tell stories through craft, so it was a real honour to work with Alan Winchester to create this incredibly special bottle of Scotch whisky”, says Bethan Gray. “We’re both inspired by spending time in nature, so what better inspiration than the Cairngorms, where The Glenlivet distillery is based?”

The Scotch whisky making process itself was further inspiration for Bethan. The bottle is blown by master glassblower Brodie Nairn to precisely the right size and thickness and then hand-cut, creating an ombré colour effect that mimics the ageing process of the liquid inside. It is then engraved and hand-painted, making each one unique.

The hand-stained birds-eye maple case is made using solid copper overlays that reflect The Glenlivet’s charred barrels and copper stills.  Created by hand by artisans, the technique used to overlay the delicate copper was invented specifically for this case in its curved form. The mother-of-pearl inlaid into the case reflects the local freshwater pearl mussel shells indigenous to the Spey River.

The Glenlivet Winchester Collection 1967 brings together malts from a number of rare oak casks, the youngest of which was filled in December 1967.  When whisky is slowly maturing in its cask, a small amount of whisky evaporates through the wood and into the atmosphere, known as the Angel’s Share. Each year, roughly 2% of the liquid leaves the cask this way, which means that 50 Year Old whisky casks will generally have lost 60-80% of their liquid. As a result, only a very small amount of precious whisky was left for bottling in June 2018. 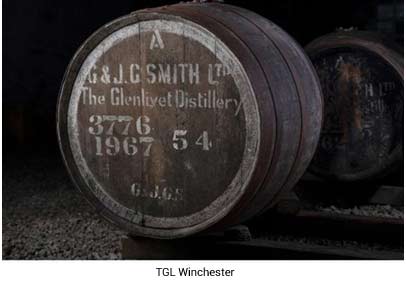 The whisky is non-chill filtered at cask strength, and boasts a rich and fruity nose, notes of apricot jam and sweet ripe peaches, and a hint of toasted almonds. It has an incredibly smooth taste with fondant orange and milk chocolate flavours, an amazing velvety texture and a long, and luxuriously sweet finish.

NOSE: Rich and fruity with notes of apricot jam and sweet ripe peaches and a hint of toasted almonds.

TASTE: Incredibly smooth and sweet with fondant orange and milk chocolate flavours in abundance all with an amazing velvety texture. 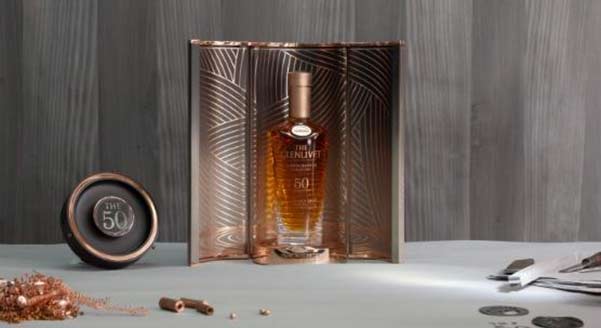 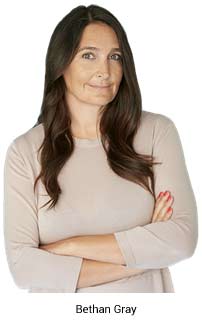 About Bethan Gray:
London-based Bethan Gray is one of our most celebrated furniture and homeware designers, having been awarded four Elle Decoration British Design Awards including the coveted Best British Designer. Her work features extensively in global media; and she has exhibited in London, Milan, Paris, New York and Dubai.

Bethan’s ancestors went on an incredible journey across continents – Bethan has since visited many of the places they passed through, inspired by a love of travel, art and culture. Today, her mission is to bring contemporary relevance to the traditional techniques from these regions – keeping both cultural narratives and craft skills alive. She believes in the power to tell stories through craft and design and has formed joint ventures based on mutual trust and respect that support over 400 master crafts people globally.

Established in 2008, Bethan Gray Design creates luxury handcrafted collections of furniture and home accessories that are sold through global retailers such as Harrods, Liberty, Lane Crawford