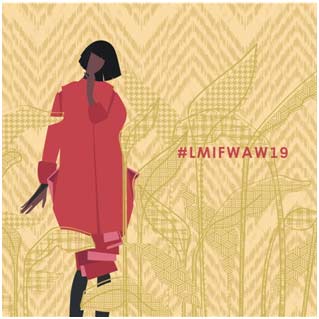 The FDCI goes the whole six yards for the Grand Finale of the Lotus Makeup India Fashion Week Autumn Winter 2019. Top designers from all corners of the country will celebrate the sari and its multiplicity, its candour and its personality, as a symbol of ‘forever’.The Lotus Makeup India Fashion Week Autumn Winter 2019, in association with Liva, at the JLN stadium from March 13-17, will witness a coalescence of heritage and modernity, on March 16, for the Grand Finale.

The sari is a metaphor of history; its seamless and unstitched character makes it moldable for every body type. It is one of the few ensembles that has withstood the test of time, tide, trends and has held women’s undaunted interest for decades. It is this multi-identity that LMIFW will pay a tribute to at the grand finale.

“The grand finale pays homage to the adaptability ingrained in the warp and weft of this traditional fabric, which hasn’t lost its relevance pan-India despite Western onslaught. Today the sari has seen many innovative and artisanal renditions to woo the modern, thinking woman in a youthful way,” says  Sunil Sethi, President FDCI.

“Being a brand that celebrates beauty, the sari has remained a symbol of femininity and versatility, two key elements of our philosophy, making it a perfect fit for the ultimate showcasing at LMIFW. What’s interesting is new dimensions are being curated out of the existing template of the sari to make it culturally emblematic,” says  Nitin Passi, Jt. Managing Director of Lotus Herbals Pvt. Ltd.

The event will be preceded by a nationwide social media campaign celebrating six yards of magic. For some, the sari is #sixyardsoflife; for others, its #sixyardsofhistory, #sixyardsofinheritance, #sixyardsofdrama, #sixyardsofselfexpression, #sixyardsofmagic or even #sixyardsofmischief. The FDCI’s #sixyardsof campaign invites women across India to post their pictures in their beloved saris on Instagram, Facebook and Twitter and tag them with the emotion evoked by the draped wonder.