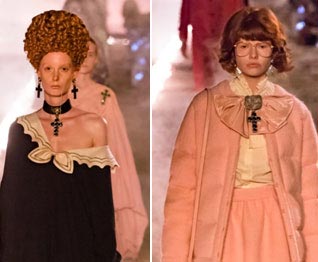 To host a fashion show at the final resting place of the long dead may sound morbid, but Alessandro Michele, the creative director of Gucci put up a grand spectacle at Alyscamps, the ancient Roman necropolis, in south of France, outside the city of Arles. He flew down 400 guests, including celebrities like Salma Hayek Pinault, young Irish/American actress Saoirse Ronan, American rapper Rakim Mayers known as ASAP Rocky, French fashion designer Christian Lacroix, first trans-woman Hari Nef, Sir Elton John.

As evening descended, guests sat on mirrored cubes in the open spaces which turned magical with rows of church candles, smoke and absolutely blew everyone away when the a line of fire ignited along the central alleyway at the start of the show. Models ambled in to the background score of ‘’Vespers of the Blessed Virgin: “Domine ad adiuvandum” by Claudio Monteverdi. A grand line up of 114 looks for both men and women, had the signature Gucci mish mash of plaid, floral, tiger prints, Victorian era effects, the Seventies, the Nineties, the Futuristic et al. We bring you here some of the looks. 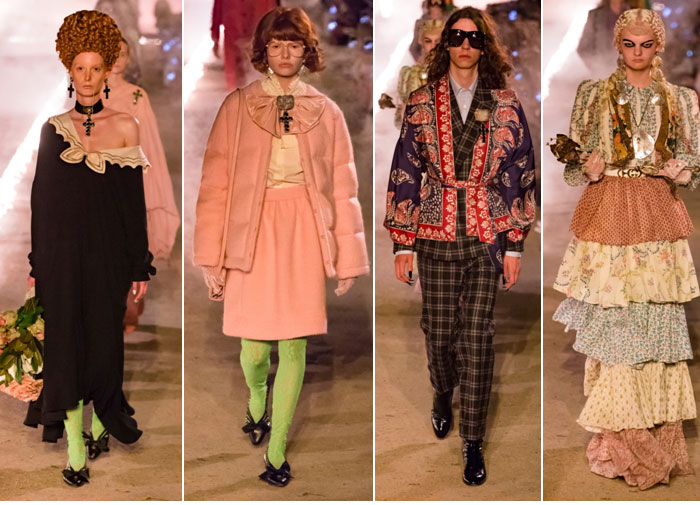 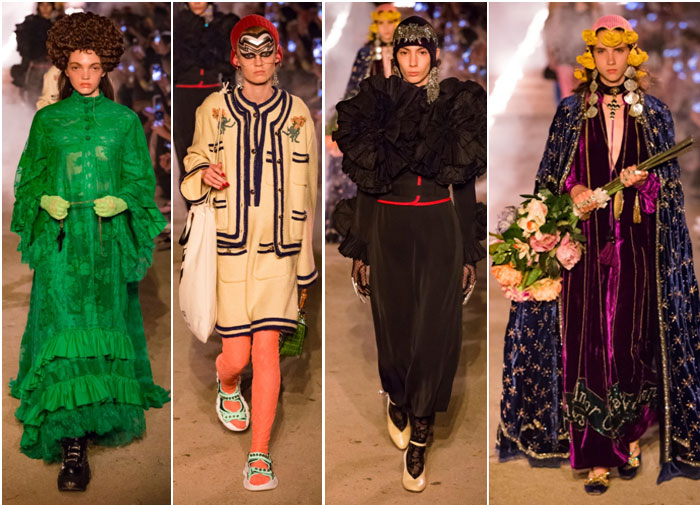 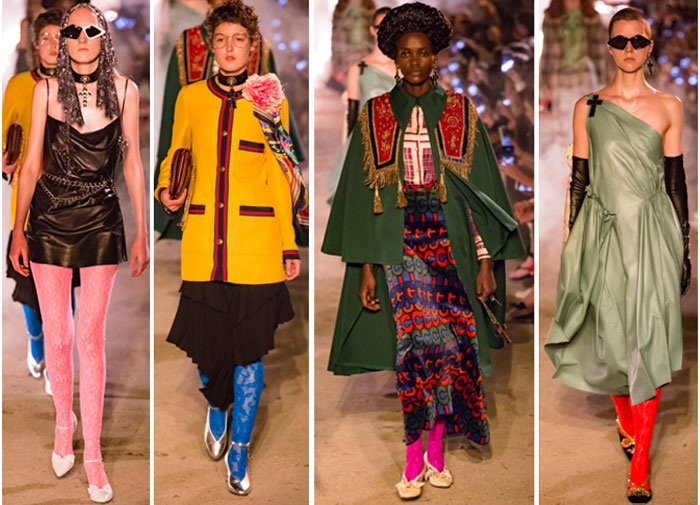 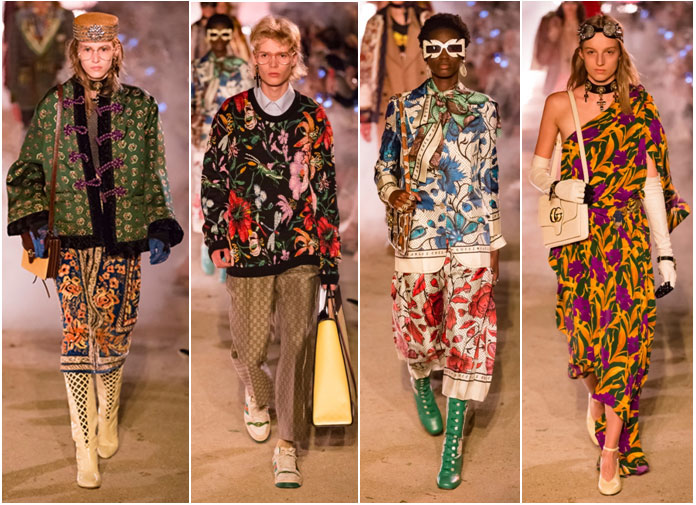 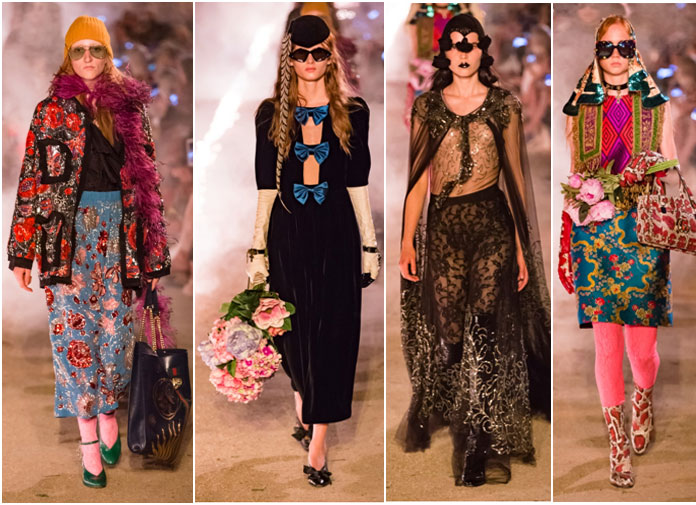 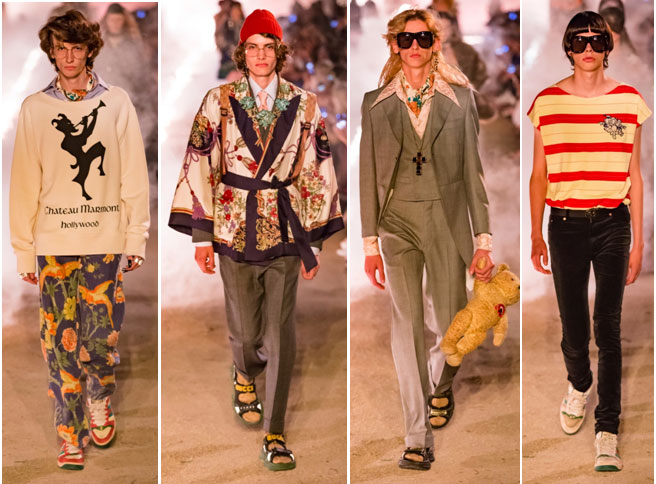