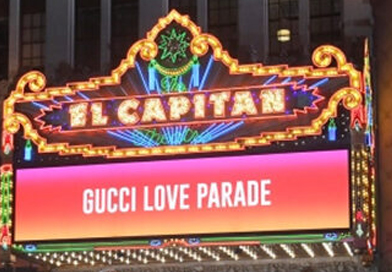 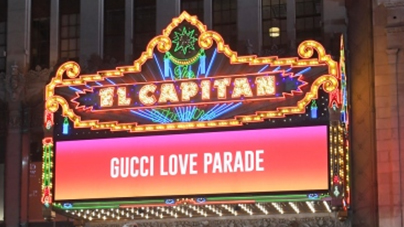 Alessandro Michelle, Gucci’s creative director presented his latest ready-to-wear Spring 2022 collection “Gucci Love Parade” in Los Angeles, California on November 2, 2021. An ode to Hollywood’s stars of yesteryear, the natural venue for the glamorous catwalk was the Hollywood Boulevard, which was blocked for the show. The denizens of the cine world showed up in strength, many to walk in the ‘Love Parade’ and to dot the front rows. Spotted on the runway were the likes of Macaulay Culkin, Jared Leto, Jeremy Pope, Steve Lacy, Grace Johnson, Jodie Turner Smith, St Vincent, Miranda July, Phoebe Bridgers, Janaya Khan, Kodi Smith – Mcphee, and Hayeden Pedigo.

Gucci’s event was purposed to highlight the intersection of creativity and culture within the City of Los Angeles, poised for rebirth post pandemic. Additionally, as a part of Gucci’s Changemakers program, powered by Gucci Equilibrium, Gucci will provide significant support to the Los Angeles and Hollywood communities through a donation to the city’s most critical needs: homelessness, mental health and youth culture. 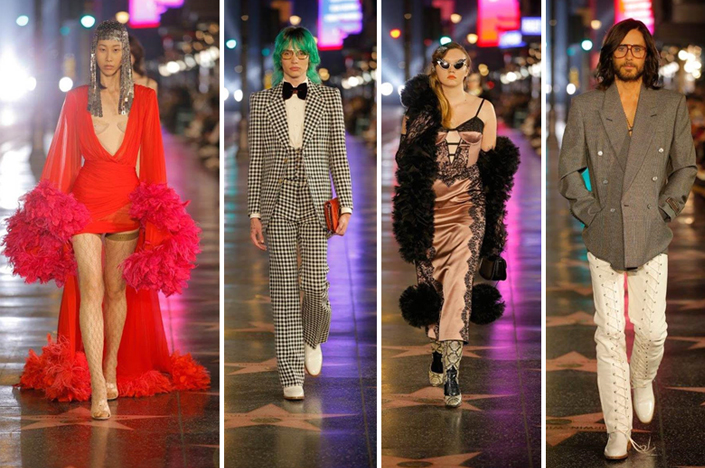 Alessandro Michele, Creative Director of Gucci shared his vision and inspiration for the collection and this show in a note, which we have printed here verbatim. Alongside are select looks from his line 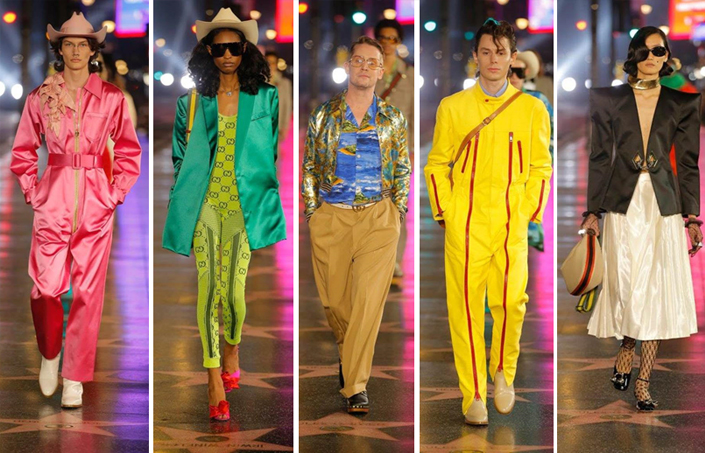 Mum worked in the film industry as an assistant in a production company. I remember all the stories she told me, and the details and the sparkles, about that dream factory. There was the alabaster paleness of Marilyn Monroe and her diaphanous voice. There were the black satin gloves of Rita Hayworth and Veronica Lake’s velvet hair, as well as the bewitching allure of Rock Hudson and Kim Novak’s dizzying transformative power. Everything felt like a fairy tale. 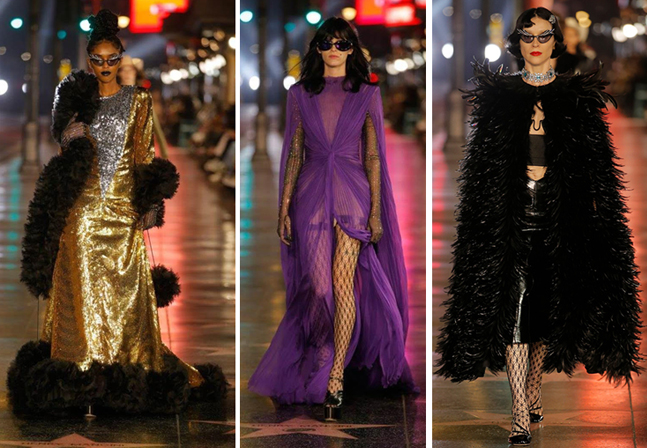 Back then, we lived in a squat in the outskirts of Rome. I needed to be able to breathe. Those subversive tales helped me in piercing the grayness. That was my escape, my desertion. Down in that tiny speck in the world, HOLLYWOOD seemed a bright and shiny star. Nine letters dripping with desire. 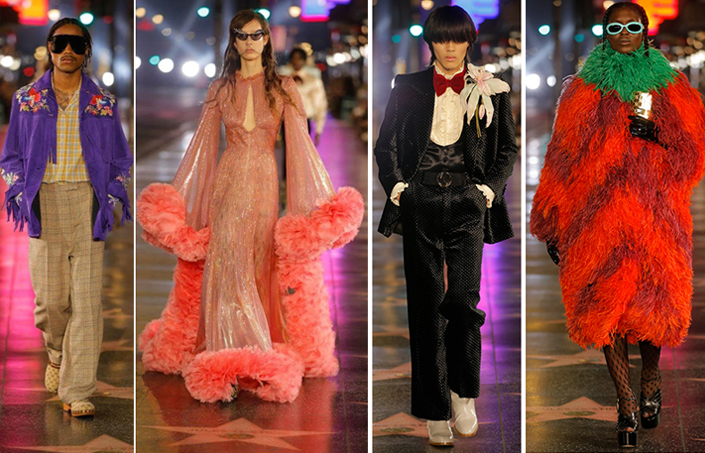 When I started thinking about the way I wanted to celebrate this new chapter in my adventurous job, I thought about mum and her precious legacy. I thought about the worship of beauty she fed me with. About the indefeasible gift of dreaming, and the mythopoetic aura of cinema. This is why I chose Hollywood Boulevard.

This boulevard of stars lends perfect support to my uncurbed love for the classical world. Hollywood is, after all, a Greek temple populated by pagan divinities. Here actors and actresses are acknowledged as heroes of the myth: hybrid creatures with the power to hold divine transcendence and mortal existence at the same time, both the imaginary and the real. They are the idols of a new contemporary cosmogony, embodying a persistence of the sacred. Aphrodite, Theseus, Pandora and Medusa still live in Hollywood’s Olympus. Beyond reach, and yet, so human. 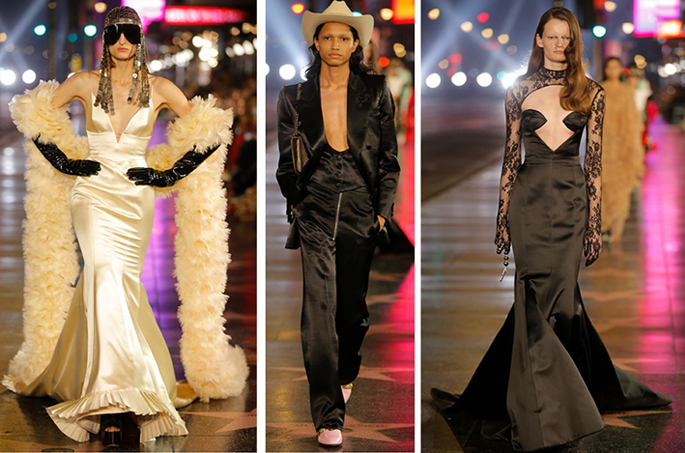 All around these demigods unfolds the city of angels, where a blessed light streams throughout. This is where I met the most peculiar people, out of time, refractory to any idea of order. I have always observed them as in procession at the slopes of the acropolis of dreams. Eager to offer themselves as gifts of uniqueness. A parade of enchanted and deeply free beings that go across a land where neither past nor future reside: only the miracle of the imaginative flair. Mum always told me about it: Los Angeles shines in its own magic, which is timeless; it’s a place that brushes the divinities, becoming a mythology of the possible.