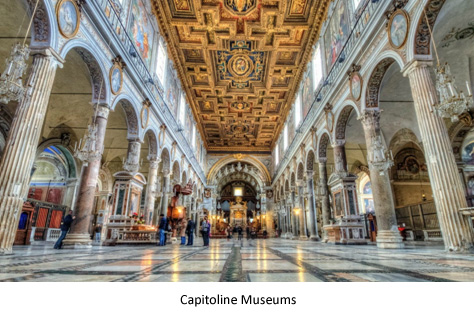 In a commendable initiative to give back to society, Gucci has announced a multi-faceted cultural project in collaboration with Roma Capitale, the council of the city of Rome. The announcement came in the aftermath of the Cruise 2020 fashion show, which took place on 28 May 2019 inside the Capitoline Museums, the oldest museum complex in the world.

Gucci Creative Director Alessandro Michele chose to continue his dialogue with the ancient world, this time drawing from a place reminiscent of his childhood. Located on the Capitoline Hill, the Museums offer a unique look inside centuries-old history of Ancient Rome through a rich antiquities collection.  Through this project, Gucci pays tribute to Rome and its precious treasures, enhancing the beauty of one of the richest historical sites on both the Italian and international stage.

The “RupeTarpea – between legend and future” cultural project, promoted by Roma Capitale, is a partnership between the Capitoline Superintendence for Cultural Heritage and Gucci. This partnership will see therestoration and conservation of the Belvedere Garden at Villa Tarpea, and reorganisation of the green area landscape located on the tufa rock of the Capitoline Hill, for which Gucci will contribute €1.6 million over the course of two years. 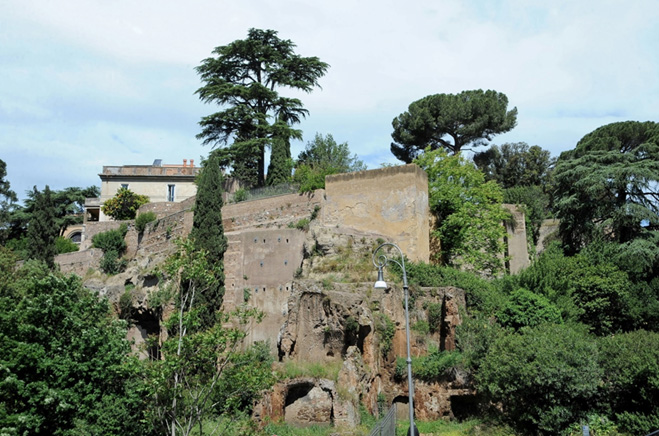 The Rupe Tarpea is the rock face on the southern side of the Campidoglio. According to history, up to the first century AD, traitors were sentenced to death and thrown off from the cliff to the underlying Roman Forum, thus symbolically expelled from the City. Today the cliff, made mainly of tufa, a porous rock, carved and dug over the centuries, is a unique natural space.

The Capitoline Hill holds an extraordinary significance, not only archaeological and monumental, but also in landscape terms, due to the exceptional nature of its position, dominating the most important archaeological area of Rome, and for its naturalistic qualities. The restoration of the vegetation system, now in a state of neglect, is therefore not just a simple maintenance operation on the green areas, but an essential prerequisite for the full enjoyment of this symbolic area of Rome. 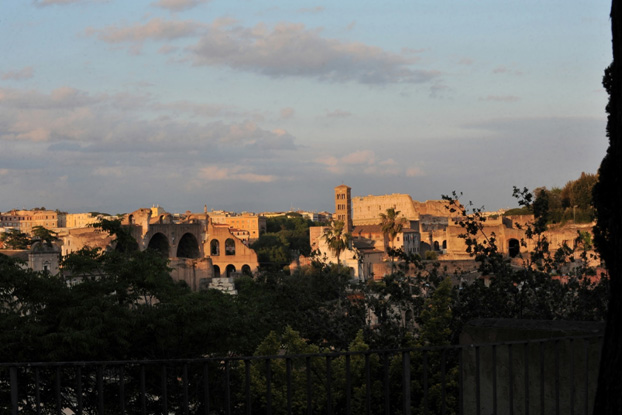 The project involves maintaining and preserving the existing gardens, which were closed to the public for years. These include the various terraced levels of the Rupe Capitolina, the enhancement of the green cliffs of the Hill, the restoration of several panoramic vistas now inaccessible or hidden by vegetation and, in general, restoring the accessibility and usability of the site.The schedule of the works, which will end in 2021, was conceived as a modular progression, in order to gradually reinstate the use of the various areas.

The choice of Capitoline Museums adds another chapter to the narrative of holding Gucci Cruise fashion shows in artistically and historically significant places; the Dia-Art Foundation in New York City, The Cloisters of Westminster Abbey in London, the Palatine Gallery at Pitti Palace in Florence and the Promenade Des Alyscamps in Arles.

Gucci’s support for the Rupe Tarpea recovery project is in addition to its several other initiatives such as the “Primavera di Boboli” project. The intent is to promote the Italian and international artistic and cultural heritage, under the patronage of the Ministry of Cultural Heritage, Activities and Tourism and with funding from the Municipality of Florence,  for the restoration and enhancement of the botanical heritage of the Boboli Gardens and collaborations with the archaeological parks of Pompeii, Herculaneum and Selinunte, which aim to promote and preserve these ancient sites, by bringing their fascinating historical memories to the attention of new generations. 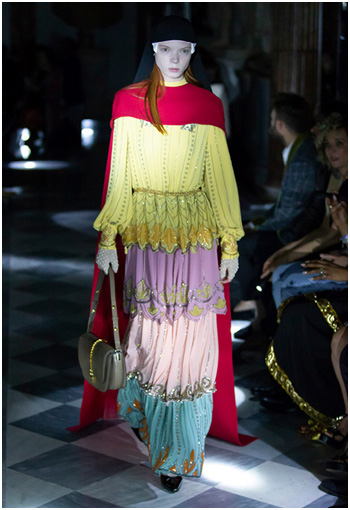 Marco Bizzarri, President and CEO of Gucci, states: “Being able to make a civil contribution to the eternal city, the birthplace of our Creative Director and which also houses our design office is an immense honor for me. Alessandro and the contemporaneity of Gucci are in constant daily dialogue with the ancient world. It is an endless conversation because every day we are confronted with the weightless presence of our heritage. Contributing to the restoration of the RupeTarpea and its return to the citizens of Rome and its visitors, is for me and all at Gucci, an infinite joy”. The Mayor of Rome, Virginia Raggi agrees: “I thank Gucci for this act of love for the city of Rome, by which the RupeTarpea will be restored to its former glory. With the invaluable synergy between the public and private worlds, we are adding another jigsaw piece to the improvement of our immense historical, artistic and cultural heritage. A treasure that does not just belong to Rome and Italy, but to everyone. The RupeTarpea will come back to life and, thanks to the splendid backdrop of the Roman Forum and the Colosseum, it will become a unique and evocative setting for hosting important cultural and artistic events”.

Maria Vittoria Marini Clarelli, the Capitoline Superintendent, says: “Thanks to Gucci, the enhancement of Capitoline Hill, will make this place, where all the historical eras of our city are concentrated, fully accessible; thus enabling citizens and tourists alike to enjoy the extraordinarily magnificent panoramic views from the top of the Hill”.Claudio ParisiPresicce, Director of the Capitoline Museums, reiterates the crucial importance of this initiative: “The RupeTarpea is one of the places linked to the birth, and most ancient stages, of Roman history. Its restoration and the general improvement of all the slopes of the Capitoline Hill, to be achieved thanks to the extraordinary contribution of Gucci, will increase our knowledge of this great monument and will finally allow it to be enjoyed to the full”.