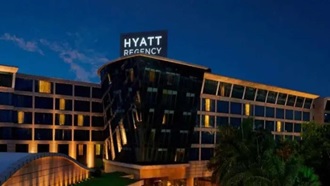 The pandemic has rocked the luxury hotel industry across the world. While some have downed shutters temporarily, some teeter on the edge of bank cruptcy or have shut down forever.  On 7 June, Monday this week, the Hyatt Regency Hotel in Mumbai, located near the International Airport, temporarily shut down operations as the promoter Asian Hotels (West) did not issue funds. The General Manager Hardip Marwah stated as such in the notice to its employess. In a more recent development that has further deepened the crisis, two independent directors from Asian Hotels (West), Raj Kumar Bhargava and Lalit Bhasin have resigned, on the grounds that the promoters are not likely to release funds, and the Chairman has refused a mandatory board meeting to discuss the current faniancial issues. As per reports Asian Hotels (West) has outstanding borrowing of Rs263cr from Yes Bank and has defaulted on statutory dues and bank loans. Any scope of earnings is also bleak in the current scenario. Mumbai remains in lockdown until June 15, in view of the rising Corona cases.

The pandemic has taken a heavy toll on the Hotel industry for obviour reasons. To name a few, in the USA, the owner of the historic Washington Marriott Wardman Park Hotel in DC has closed the hotel permanently, filed for bankruptcy in January 2021, and is looking to sell the asset. The iconic Roosevelt Hotel in New York that opened in 1924, finally shut down in October 2020 by its owners, the Pakistan International Airlines. There are many others, in Paris, London that are closed. Even as the countries are slowly opening up after facing multiple waves of Corona, the future remains uncertain. There is demand for bailout packages from the respective governments. In the meantime, the Mumbai Hyatt Regency workers union has moved court.