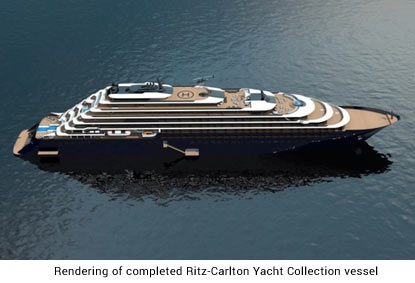 In what is seen as a major setback to the much-advertised debut of the ultra-luxury Ritz-Carlton Yacht Collection, the liner has issued a statement that it cannot keep the launch date scheduled for February 5, 2020. Reportedly, the rescheduled debut date is now set for June 2020. As a result, the 14 voyages from February 5 – June 13, 2020, now stand cancelled. The delay is attributed to issues related to delivery and project cost at the Hijos De J. Barrer shipyard in Spain, where these Ritz-Carlton cruise vessels are being built. The first of the news had appeared in the Spanish media in August 2018, about Hijor De J. Barrer already having informed about the delay. Accusations and denials have been flying thick and fast about challenges at the shipyard management. As per reports, the project cost has overshot the budget by about €50 million (US$55 million). 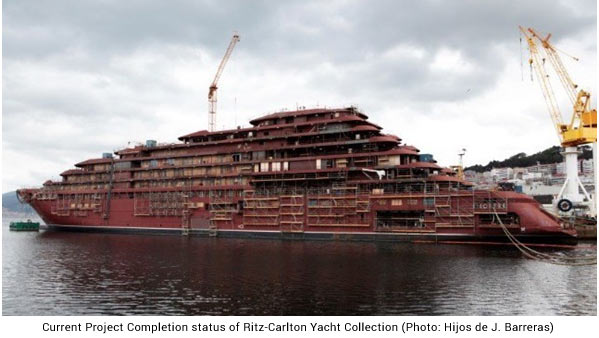 In 2017, the Ritz-Carlton Hotels had revealed the plans for the launch of their Ritz-Carlton Yacht Collection cruises with three custom-built super yachts that would be small enough to navigate ports and waterways that larger ships cannot reach. The target consumer was the ultra-high end luxury segment of the cruise market. Naturally, the new development has not gone down well with the wealthy passengers who had parted with large amounts cash to experience the promised ‘reinvented cruising’. An email sent to travel partners and travellers booked on those sailings said, “Challenging circumstances with the shipyard have caused us to extend the construction delivery timeline of our inaugural yacht.” The public relation team of the yacht company issued a statement stating that the guests can claim full reimbursement of cruise fare and airfare and hotel change fees, as well as voyage fare savings for re-booking on any future voyage.

The first of the Ritz-Carlton Yacht Collection 298-guest-ship will now sail on June 13, 2020 on a seven-night cruise from Barcelona to Palma de Mallorca, featuring port calls in the Balearic Islands.