The Polo season is in full swing, with the onset of winters in Delh 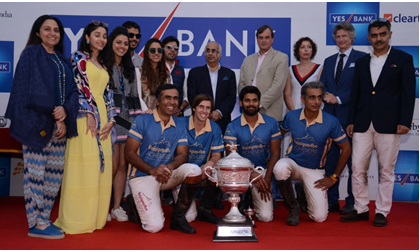 i. The Jaipur Polo Grounds was the venue for the sixth edition of the YES Bank Indian Masters Polo 2017 tournament, which commenced on 14 November. Six teams competed for the trophy. Achievers team and the Delhiites Polo clashed in the finals on Sunday, 19 November 2017. The thrilling finals ended with the Achievers team lifting the trophy after defeating Delhiites Polo by seven goals to six. The “Most Valuable Player” title was awardedto Uday Kalaan of Achievers. Samir Suhag’s mare, ‘Calibriya’ was declared the “Best Polo Pony” of the match.