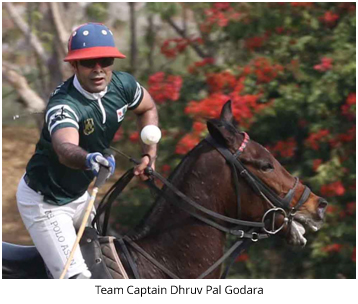 As the much-awaited Indian Polo Season for 2018-2019 is about to kick-start, La Pegasus Polo, one of India’s upcoming polo establishments founded by businessman and horse-lover, Sanjay Jindal, has announced a new crop and squad. Polo-player Dhruv Pal Godara will be leading the teams as the Captain under the able guidance of Indian Polo veteran, Thakur Lokendra Singh Rathore, who has been appointed as the Coach and Mentor. La Pegasus Polo fields All-Indian Polo Teams bringing together professional polo players with over 200 years of combined polo experience. The teams will start practicing in Gurgaon, Haryana, from 20th August, before the start of the polo season from 24th September in Jaipur, Rajasthan. 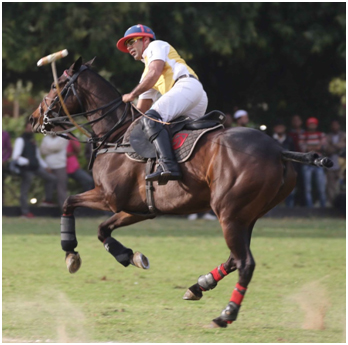 Team captain Godara hails from a family of distinguished horsemen and has played the sport for over 20 years now. He has represented India at 4 Polo World Cups and has won all major polo tournaments across the country, including the prestigious IPA Indian Open, 10 times and The Northern Indian Polo Championship. His versatility to play in any position and aggressive stick work will make the La Pegasus Teams a force to reckon with.

Thakur Lokendra Singh Rathore, fondly known as ‘Loku Da’ is India’s first professional polo player and has captained India in 2 Polo World Cups. He has played the sport across four continents and has also served as the National Coach. Under his guidance, La Pegasus Polo Teams aspire to take great strides this season.

La Pegasus Polo Teams commence their season on the 24th of September at the Cavalry Polo Club in Jaipur, Rajasthan.

The Polo calendar for the team is given below: