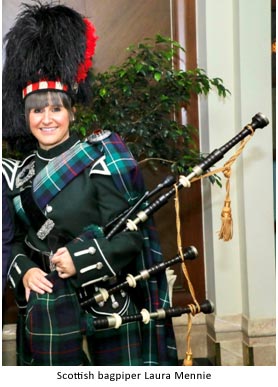 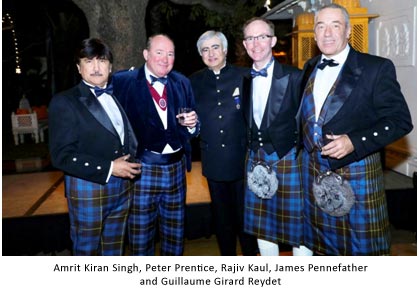 Finally, the Indian Scotch drinkers have found recognition by the Scotch Whisky Society of Scotland, which celebrates the rich and diverse legacy of Scotch Whisky worldwide. Known as ‘The Keepers of the Quaich’ society, they inaugurated the Indian Chapter on December 10, 2018 at The Leela Palace in Udaipur. The exclusive celebratory dinner saw the presence of selected members of the society, leaders from the Scotch Whisky industry and esteemed guests.

The Keepers of the Quaich is an exclusive and international society that recognises people who have shown outstanding commitment to the Scotch Whisky industry. Founded by leading distillers, it is by its very nature the beating heart of the industry. 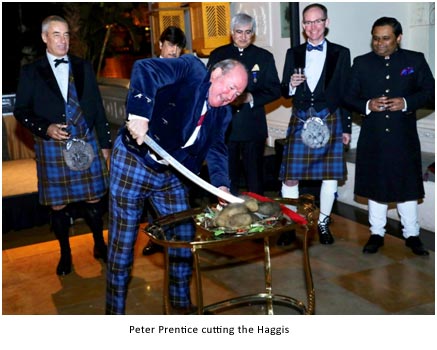 The Keepers of the Quaich has established international chapters of the society in key markets of the world where members continue to promote the values and prestigious image of Scotch Whisky. The Indian chapter is the 8th international chapter, joining markets such as Germany, Australia, the Netherlands and the Nordics.

The grand celebration at majestic The Leela Palace Udaipur saw an impressive guest list including His Grace the Duke of Argyll, Captain MaharajRaghav Raj Singh Udaipur of Udaipur, Rani Shelja Singh of Udaipur and Suket Singhal.

Representing the leadership of the Keepers of the Quaich was Peter Prentice, who presented James Pennefather, newly appointed Chairman of the Indian Chapter and Managing Director of William Grant & Sons India, with a ceremonial Quaich. Fellow committee members of the new Indian Chapter in attendance were Rajiv Kaul, President of the Leela Hotels, Amrit Kiran Singh, Executive Chairman, International

Speaking on the occasion, James Pennefather, Chairman of the Indian Chapter and Managing Director, William Grant & Sons India said, “It is testimony to the potential of the Indian market combined with the efforts of so many Scotch Whisky pioneers here over the years that India has now been chosen to establish its own Chapter of the Keepers of the Quaich. As well as being a magnificent celebration, tonight is a clear statement of intent by the Scotch Whisky industry that India will remain a key focus for our fabulous spirit.”

Rajiv Kaul, Committee Member of the Indian Chapter and President of the Leela Hotels, added, “Tonight in Udaipur we have combined the best of Scotland with the best of Rajasthan. It has been a great honour to host such a distinguished collection of Keepers, Masters and Patrons of the Society.”

About Keepers of the Quaich:

Keepers of the Quaich are dedicated and passionate people around the world who are proud to be part of a select society and who are dedicated to achieving greater appreciation of the magnificent spirit – Scotch Whisky. The society recognises outstanding achievement in those who work, write or evangelise about Scotch Whisky by honouring them with the title Keeper of the Quaich. A select few are invited each year to be distinguished with the role of Master of the Quaich, a rare and revered privilege. Among the select membership of Keepers and Masters are thousands of years of shared experience and knowledge. 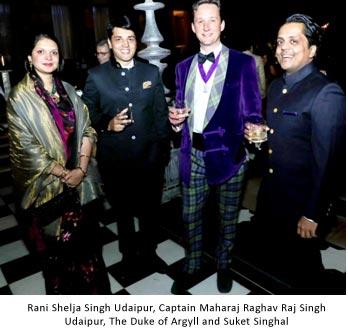 who work, write or evangelise about Scotch Whisky by honouring them with the title Keeper of the Quaich. A select few are invited each year to be distinguished with the role of Master of the Quaich, a rare and revered privilege. Among the select membership of Keepers and Masters are thousands of years of shared experience and knowledge.

Keepers of the Quaich come from all corners of the world to accept their medal at a ceremony and banquet held at Blair Castle, in Perthshire. Only two banquets are held a year at the spiritual home of the Keepers. They are attended by our Patrons who support the society, recognising the legacy and tradition of Scottish history.

The Society takes its name from the traditional two-handled drinking cup which is described in the ancient Gaelic language of Scotland as a ‘cuach’ or quaich, a vessel long associated with friendship and the enjoyment of Scotch Whisky.