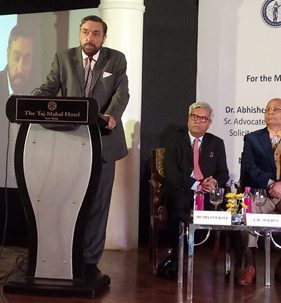 A good healthy debate on a current topic, where the debaters are two eminent Sr. Advocates and two Ld. Additional Solicitor Generals of India, and a seasoned moderator who follows the rulebook to the T, is a rare pleasure. As was the J.B. Dadachanji Memorial Debate, hosted by Amir Singh Pasrich, managing partner at I.L.A Pasrich & co at the Taj Mahal Hotel, New Delhi. The topic of discussion was hot, “The Rule of Law has become an Illusion that will not be sufficient to empower India’s development through the 21st Century’. Abhishek Manu Singhvi, National Spokesperson Indian National Congress, and Former Addl. Solicitor General of India (ASG) and Dushyant Dave, Sr. Advocate and former President of the Supreme Court Bar Association, debated for the motion, and speaking against the motion were Pinky Anand and Sanjay Jain, both being eminent Sr. Advocates & current Addl. Solicitor Generals of India. Moderating the debate was Vikram Chandra, Consulting Editor of NDTV.

Eminent jurist Fali S. Nariman, Sr. Advocate inaugurated the debate. Dr. Ravi Shankar Prasad, Hon’ble Minister of Law & Justice, graced the occasion briefly. Mr. Nariman spoke about Jimmy or J.B. Dadachanji and the Rule of Law. Mr. Amir Singh Pasrich, introduced the motion with reference to some facts about the system, three case-studies and some analysis about the state of the law. 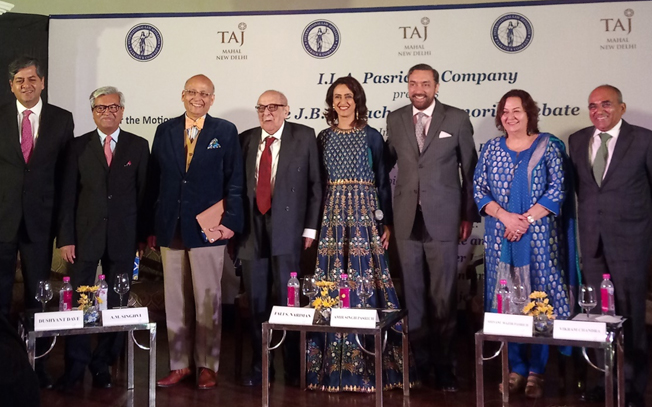 Mr. J. B. Dadachanji or just “Jimmy” as his friends knew him or “JBD” in legal circles, was designated a Living Legend of Law in 1993 by the International Bar Association. JBD certainly was a living legend as his name was associated with most of the significant litigations in the Supreme Court from the day that the Court came into existence and onwards for several decades.  He started as a junior in the chambers of Mr. C.K. Daphtary, the first Solicitor General of India, and Mr. Dadachanji handled many constitutional cases and often briefed Mr. Nani Palkhivala, author of “We The Nation” and Mr. F. S. Nariman. JBD appeared in the Kesavananda Bharati Fundamental Rights Case, A. K. Gopalan, the Privy Purses’ Case, Minerva Mills to name a few. This debate was dedicated to Jimmy’s legacy as even his juniors affectionately called him Jimmy (behind his back) to remember his unending courage and amazing dedication to his practice, to his honesty and his belief in the Rule of Law. 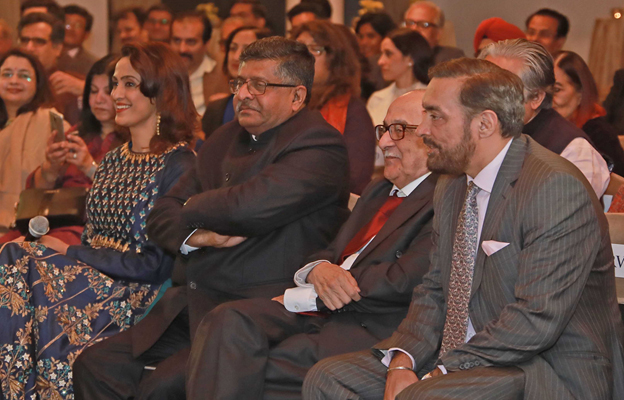 Amir Singh Pasrich, commented on the debate, “Of course the debate was intended to be thought provoking and intellectually stimulating, but it was really one to identify some of the problems in the implementation of the Rule of Law. With the weight of hundreds of cases in each court, litigants have said they feel as if they are walking into a time warp when they enter the courts, because time there can really stand still. The grand design is to look for solutions that will help us to initiate law reform, make the system more efficient, speed up the delivery of justice for criminal cases and improve mechanisms of contract enforcement in India. On the one hand, there has been a notable improvement in India’s World Bank Doing Business rankings; while on the other hand cases continued to languish for years in Court while under trials languish in prison. We have over 3 crore or 30 million cases across the country in various stages of adversarial adjudication. Does India’s legal system require an overhaul or are there easier solutions lurking in the Courts that we are missing? Is this the right legal system for India, or is it just a colonial inheritance that we must bear for historic and perhaps constitutional reasons? The above debate will naturally bring out other issues as well.”

Mr. Satyajeet Krishnan, Area Director – Punjab & U P Hotels and General Manager of The Taj Mahal Hotel, New Delhi has explained why this debate has been supported by the Taj. “Mr. Dadachanji was Amir Singh Pasrich’s senior in the legal profession, but for the Tatas he had an even greater association. He was on the board of several Tata group companies and he was a close friend of Mr. J.R.D. Tata and then Mr. Ratan Tata.  He represented and defended us in difficult times and his reputation of advancing the Rule of Law was tried and tested by the Tata group, he really was truly legendary.  We also support this debate and the intention to pursue law reform, improve and speed-up a legal system that is at the core of our national interests so that this debate has meaning for every Indian in all walks of life.”