The latest edition of the Arab Fashion Week is scheduled to be held in Dubai from the 15th –19th November, 2017 at MEERAS City Walk Center, Dubai (UAE). Indian design label ‘Kartikeya’ will be presenting his collection on the 16th November. The International media is already abuzz about the label. We caught up with Nitin Kartikeya just as he is preparing to embark on his trip to Dubai, who gave us a sneak peak at his fabulous collection. The various shows will be held at various venues, such as City Walk Fountain, Dubai World Trade Center, LaVille Hotel. The AFC also has show areas for designers to connect with buyers. 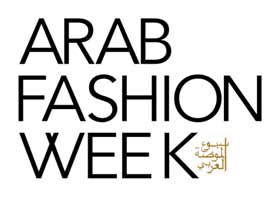 The Arab Fashion Week is organized by the world’s largest non-profit fashion council, Arab Fashion Council (AFC). It is today considered as one of the world’s 5 most important fashion weeks alongside the other four big fashion weeks held in New York (NYFW), London (LFW), Milan (MFW) & Paris (PFW) being officially on the international calendar. In addition, AFW is the only official fashion week in the world for promoting the Ready-Couture and Pre-Collections which defines the international industry scene of luxury fashion in Dubai and the Arab World.