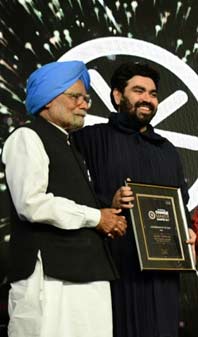 Keshav Suri, Executive Director of the Lalit Suri Hospitality Group was conferred the ‘Change-Maker-of-The-Year’ award for his notable work for the empowerment of LGBTQIA community in India. The prestigious award was given away by former Prime Minister Dr Manmohan Singh, and current Finance Minister Mr Arun Jaitley This joint award of Change-Maker-of-The-Year was conferred on all the key Petitioners Against IPC Sec 377, of which Mr Keshav Suri was a notable part.

The award was facilitated by the Hindu Business Line, the leading business daily published by The Hindu Group,to recognize and celebrate people and organisations who have brought about positive change in our society through their ideas and actions.

An eminent independent jury, chaired by Shri S Ramadorai, conducteda rigorous process of scrutiny and selection bench marked to global best practices. The selections were made after an elaborate process that began with the seeking of nominations, scrutinising and shortlisting them based on select parameters. Deloitte and Ashoka Foundation are the Knowledge Partners who worked on this, while Niiti Consulting, a social sector consultancy, helped validate shortlisted nominees.

Mr Keshav Suri said, “I am humbled and honoured with the recognition. This is a recognition for all the members of 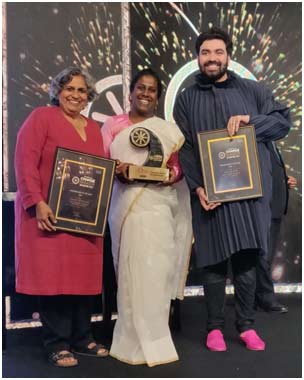 LGBTQ community who have been shunned for long. We still have a long way to go and need to involve the society at large. With ‘It Gets Better India’ we have created a platform to uplift and connect the community. Through this platform we are able to reach a larger audience and mainstream them. I am thankful to all the petitioners who have kept the fight for such a long time. I am also grateful for legal fraternity as well as media for supporting this movement and making it possible. In our organization we have already taken many initiatives like hiring people from the community, providing medical insurance including expenses relating to SRS surgery as well as creating platform for drag queens of India, and most importantly the Keshav Suri Foundation with its mission to embrace and empower the community. Under this initiative, we are creating opportunities to mainstream the LGBTQIA community in every day society. Inclusivity is core to Indian culture and discrimination to LGBTQ community creates loss of upto 1.7% of GDP to our economy”says Mr Suri.

Know more about the awards at www.blchangemakers.com