The year is ending on a good note, with a new initiative now introduced in India for a healthier office space – the  India Workplace Equality Index (IWEI). Long enough the workplace remained male dominated, and toxic for women, who had to fight hard for sundry protective laws and a more accepting environment. For the more recently recognised LGBT+ community, the battle for equality and respect goes on. India has taken rapid strides since it repealed the archaic British era law dating back to 1861, Section 377 of the Indian Penal Code (IPC), in September 2018, and the many leading lights from the community are quickly setting in place the much needed initiatives to sensitise people. Keshav Suri, founder of Keshav Suri Foundation and the Executive Director of the Lalit Suri Hospitality Group, shared his views for the readers of The Luxury Chronicle. Here is our report and interview. 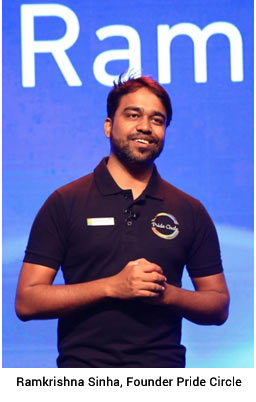 Change never happens easily, particularly the change in the popular mindset that has crusted over decades of misinformed conditioning. Happily, it is possible, albeit with the sustained efforts of many  unnamed individuals, the many sacrifices, the fearless who lead from the front.Since the corrections in Section 377, people were able to openly help. Ramkrishna Sinha founded Pride Circle, as India’s premier Diversity & Inclusion consulting with a mission of Social Equity by affirmative action for LGBTI community in India. Keshav Suri who was openly at the forefront with his many initiatives, founded the Keshav Suri Foundation to support the community in many ways. Already since 1989, Stonewall UK, headed by Nancy Kelly as its Chief Executive, was founded with a similar focus.

Inspired by the UK Workplace Equality Index, the Keshav Suri Foundation and Pride Circle collaborated with Stonewall UK, to set up the India Workplace Equality Index  (IWEI). IWEI aimsto create inclusive and accepting cultures at workplaces, to ensure organisations understand and value the benefits brought to them by hiring LGBT+ folks, and to empower organisations as advocates and agents of positive change. Also, IWEI will gauge the level of compliance in the workplace and give awards. Many companies signed up and on 10 December 2020, IWEI announced India’s first list of TOP LGBT+ Employers via a virtual event, the awards for exceptional contribution and a report of work done in the space of LGBT+ inclusion so far. 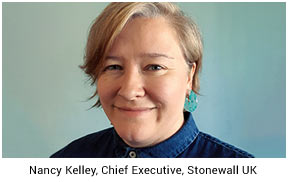 Ramkrishna Sinha, Founder, Pride Circle congratulated the Top Employers and said, “IWEI is a transformational tool for LGBT+ inclusion in India Inc. Not only does it provide a framework for corporate India to base their initiatives on but also enables friendly competition among companies to collectively raise the bar higher. The LGBT+ community also gets a definitive benchmark to assess an organization’s LGBT+ friendliness through their IWEI rating.” Keshav Suri, Founder, Keshav Suri Foundation, said, “More than 67 Indian organizations have taken the pledge to start their journey of diversity and inclusivity with the India Workplace Equality Index. With the times that we are currently in, it is imperative to safeguard the rights of those who have otherwise been left on the margins. This really is the tipping point, and corporate leadership, through their clout and influence, can play a crucial role in shifting the narrative and showing allegiance to the human rights movement, which is currently on its cusp in India.”Nancy Kelley, Chief Executive, Stonewall said, “For many years, Stonewall’s Workplace Equality Index has been the industry’s gold standard for helping companies in the UK create workplaces that are inclusive of LGBT+ people. We spend a lot of our lives at work, and it is at work that many of us learn to understand and embrace different identities and experiences. This is why getting workplace inclusion right makes such a huge difference to so many LGBT+ people.”

On the sides of this program, we connected with Keshav Suri to update our insight into the issues.

What are the significant changes that you see in India, vis a vis the gay community, since the repealing of the draconian anti Gay, Section 377? 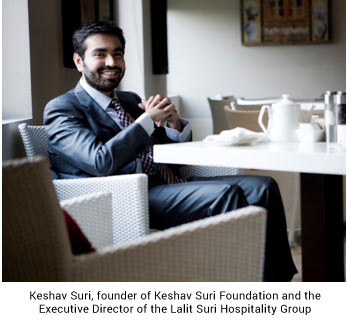 The Supreme Court’s verdict has given the LGBTQIA+ community confidence not to just come out of the closet (if they wish to) but has also given an opportunity to have an open dialogue about their sexual orientation/gender identity to their near and dear ones as they no longer will be considered criminals. Last two years have witnessed immense efforts from NGOs, CBOs and corporate houses to mainstream the LGBTQIA+ community by initiating dialogues, conversations and also making policy changes to embrace and empower the community. We have witnessed LGBTQIA+ job fairs. Seminars, the inclusion of LGBTQIA+ persons in politics, positive stories and conversations on online platforms, Dutee Chand, country’s first queer athlete paving a way for more and more sportspersons to be who they are. While the road to inclusion is long and there’s still a long fight for acceptance at all levels, basis these two years we are sure we will soon be there.

Is the Workplace Equality Index (WEI) similar to the existing rules about sexual  harassment at the workplace?

IWEI aims to provide companies effective ways to foster inclusion and diversity and will definitely strengthen the sexual harassment policies by making them inclusive too. It is India’s first comprehensive benchmarking tool for employers to measure their progress on lesbian, gay, bi and trans (LGBT+) inclusion in the workplace. There’s a questionnaire designed to fetch most of the information from the space of diversity and inclusion at different workspaces through which companies will measure their work and build a further action plan. IWEI will be sharing best practices and strategies with companies to make the workplace inclusive and safe which will act as a guide for companies. The index touches upon other equally important workplace harmony narratives including discrimination, sensitization of the current workforce etc.

Looking at the Corporate Equality Index in the US set up in 2002, and the Stonewall Equality Index since 2005 in the UK, how effective have they been in their respective areas, in creating a healthier workplace?

These Indexes are the definitive benchmarks for employers to measure their LGBT+ workplace inclusion achievements and progress. Participating employers demonstrate their work across all areas of employment policy and practice. Companies share a plethora of supporting material to show their policies, inclusion activity and more.

Both of these indexes have their own ways to measure their success. However it is to note that both of these have brought not just corporates but government offices, colleges, schools, banks, PSUs everyone together to foster inclusion and diversity at the workplace. Over these years, there’s a significant rise in participating organisations and immense growth in each of the companies wrt to their policies and action plan to build an inclusive and safe space for LGBT+ community members.

And how different will it be in implementing the IWEI in India?

IWEI explored 9 areas of employment policy and practice which includes policies and benefits, employee life cycle, employee network group, allies and role models, senior leadership, monitoring, procurement, community engagement and other initiatives companies are taking to mainstream LGBT+ workforce. After a thoroughly fair and just review of the applications, feedback is to be provided to all the employers highlighting best initiatives and scope to improve their practices to have stronger client relationships and more engaged and productive employees.

You already provided a level playing field for all genders within the Lalit Hotel, as fas as I know. What is the additional criteria that you have had to add?

To keep any kind of biases away, we have not involved The LaLit in the process of creation of the index or even as a participant. It is purely a Keshav Suri Foundation project from our side and we have kept it that way since the very beginning. Have we learnt from our diversity and inclusion efforts at the Lalit? Yes definitely. That really helped us see what diversity, equity and inclusion looks like both from a micro and a macro level.

Is the Government of India looking to introduce the IWEI parameters?

We do not have any government affiliations with respect to IWEI as of today.

Have any of the educational institutions here started working with the IWEI?

Well not this year, but we are hopeful for the future. It is imperative for us to communicate the ideas of inclusivity and diversity to the youth and young children as they are the future. 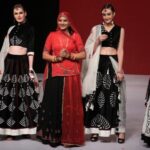 Sustainability Accountability and the Indian Fashion Industry
Ready or Not? 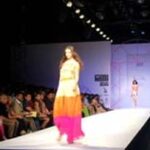 What is the Future of Fashion Weeks? 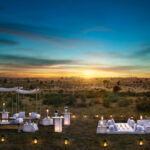 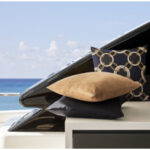 On Staying Pertinent and Relevant for 160 years
Q & A with Filippo Arnaboldi, CEO Frette 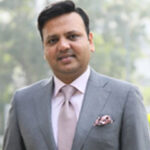 Are India’s Luxury malls ready for the shopper? 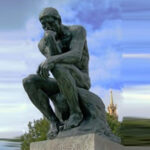 Mythic Value of Luxury
A Study Of Transformations 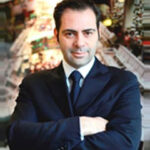 A Glimpse into the Future of Luxury Retail in India