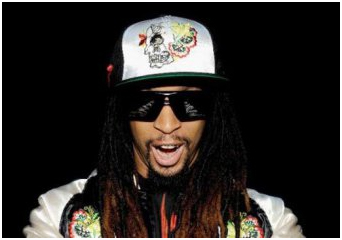 It’s the season it seems, for top international music sensations to come to India. Justin Bieber just left after having dominated the headlines for days. Now The Lalit New Delhi brings the top-notch rocker, Grammy winner R&B and hip-hop artist worldwide – Lil Jon to per format its renowned night club Kitty Su on May 20, 2017 from 10:00PM to 1:00AM. A nominal entry charge of INR 1000/- per person is levied for obvious reasons.

Lil Jon has been ruling the charts with his album “Crunk Rock” after going solo. Before this, the American record producer and rapper was the front man of the group Lil Jon & The East Side Boyz. In 2014, he collaborated with DJ Snake and released the hit “Turn Down for What” on Columbia Records. And those sweating it out with Zumba Fitness are already familiar with Lil Jon ‘s song called ‘Work’, and the track ‘Zumba Nightclub Series’.

Kitty Su continues to retain its spot in the ‘Top 100 clubs around the world’ list by DJ Mag. The club hosted the liveliest parties while celebrating its anniversary in Mumbai and Chandigarh. 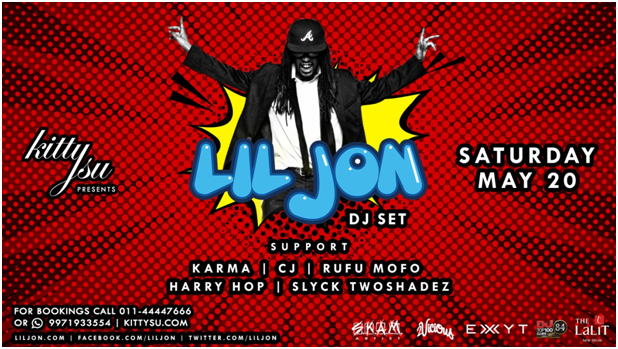 Keshav Suri, Executive Director, The Lalit Suri Hospitality Group, said, “Quality and consistency are crucial to maintain the utmost entertainment that we strive to provide to our guests. We are always keen on exploring such opportunities and bringing them to India, thereby increasing the expectations and then surpassing them repeatedly”.

In a thoughtful gesture for the revelers, The Lalit New Delhi offers a special package for an exquisite overnight stay in keeping with the motto ‘Don’t Drink and Drive’.(#DontDrinkAndDrive)