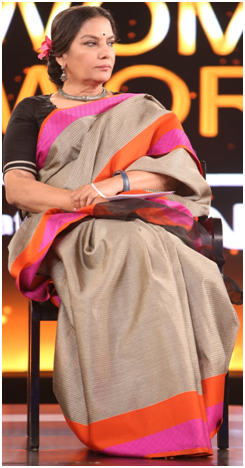 On International Women’s Day, 8th March, beauty brand L’Oréal Paris in partnership with NDTV hosted ‘Women of Worth’ conclave at the Taj Palace Hotel, in New Delhi. The event was a build up to the L’Oréal Paris ‘Women of Worth’ awards ceremony to be held in Mumbai later this month. Many distinguished personalities and influencers from across the country were invited to participate in the discussion held across four sessions, about key women related issues, their role in today’s age.

The day-long event was divided into four sessions, which brought up such issues as gender equality; pay parity, safety for women in the country, sexual harassment at work place and their position of women in the corporate world. The afternoon was opened by Dr. Prannoy Roy, Executive Co-Chairperson, NDTV Group.Welcoming the panelists, Jean-Christophe Letellier, Managing Director, L’Oréal India, said,“We believe it’s our duty to inspire and encourage more women to develop initiatives that will create new opportunities to change our lives, and of course also change the course of how the world sees them. Through initiatives like Women of Worth, we’d like to celebrate brilliant examples of beauty in diversity and talent that does not take into account the gender or ethnicity of the person”

Session 1: We, The Unequal- had panelists PriyaDutt (politician) Anjum Chopra (Former Indian Cricket Team Captain) NainaLalKidwai (Chairperson, Max Financial), ManashiGuha (VP-Marketing, L’Oréal India), Suhel Seth (Managing Partner, Counselage India) and HarshavardhanNeotia, (President FICCI &Chairaman, AmbujaNeotia Group).The session focused on modern women’s fight against inequalities across industries, about being paid lesser than. The need of the hour was for women to better represent themselves, stand up for each other and the need to create a more robust social infrastructure in the country. Suhel Seth said, “There are three issues that we need to discuss. We men don’t respect women as much as we should; We treat women as objects of benevolence or patronage, which is abominable; Our laws don’t support women as much as they should. We cannot have gender quotas, we must have gender respect.”

Session 3: Looking Back, Looking forward. Panellists: Arati Devi (Sarpanch, Dhunkapada, Odisha), Justice Leila Seth, Raghu Rai (photographer), NidhiDubey (Country Director, Girl Rising) and Farooq Abdullah (Politician), focused on young girls and boys having their own growth space and the need to provide holistic education at the grass root level. Dr. Abdullah said, “While women have their education degrees, the government and the corporates need to do more to channelize their future.”Justice Seth said, “While there are changes in law and society, the mindset of people is slow to change and this is the biggest challenge we face.”

Session 4: The Way We See WomenPanellists: ShabanaAzmi (Actress), Vrinda Grover (Lawyer, Researcher, Human Rights & Women’s Rights Activist), Shiv Vishwanathan (Social Scientist) and KalpanaVishwanath(Co-founder Safetipin, Former Chief of Jagori) and Kalilkesh Singh Deo (Politician).Key points were raised regarding the prejudice that exists in India towards how a girl is viewed in society and is expected to behave. Commenting on the way women in Bollywood are positioned, ShabanaAzmi said, “Filmmakers and artists have to exercise self-regulation in how we project women, objectifying and commodifying women is wrong.”

Speaking at the conclave, Vikram Chandra, CEO NDTV Group said, “On International Women’s Day, we must take a pledge to promote and protect the right of every woman in the world.” 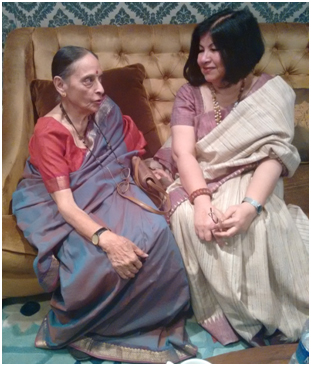 SatyakiGhosh, Director, Consumer Products Division, L’Oréal India concluded the event saying, “ Women have the same aspirations, abilities and qualities that men do and therefore they should have equal opportunities to develop their faculties. It is time we come out with more initiatives like ‘Women of Worth’ that recognize individual identity of women and make the women of our country feel that they are absolutely ‘worth it!’

The L’Oréal Paris ‘Women of Worth’ awards recognize the achievements of women who possess a strong personality, are sensitive to needs of the society and a pillar of support and strength in all walks of life. The nominees have been shortlisted after an extensive research process while identifying each one’s key contribution in their respective fields.

Through a public voting system in conjunction with jury inputs, the campaign will end in March 20th, 2016. A transparent and well-structured voting system for the public will be set up to ensure that the most deserving nominees win. A glittering ceremony, where the nominees will be awarded the ‘Women of Worth’ titles, will be held in Mumbai on 28th March 2016.