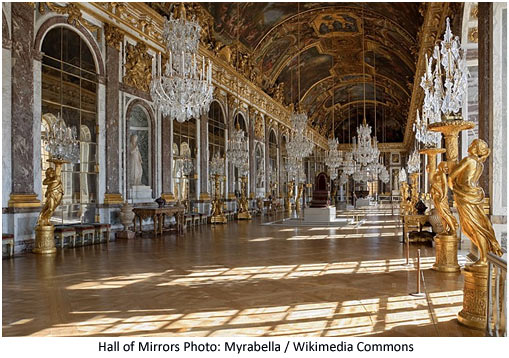 The French luxury hotel company Airelles, a part of LOV Group, has added the grand 17th Century royal residence Château de Versailles, to their collection. Airelles has partnered with French chef Alain Ducasse for the opening of Airelles Château de Versailles, Le Grand Contrôle hotel, scheduled to open in the spring of 2020. Architect and interior designer Christophe Tollemer has been deputed to carry out the conversion of the 17th- and 18th-century mansion on the palace grounds, situated at a stone’s throw from Versailles’ famous Hall of Mirrors and quintessentially French gardens. The only-hotel-ever in the Palace of Versailles,it will have 14 luxury rooms and suites, a gourmet restaurant, a wellness center, and an indoor swimming pool. The property will have the view of the Orangery and the Pièce d’Eau des Suisses, lake. The website of Airelles has not yet announced the rates, but the bookings are scheduled to open by December 2019.

Airelles has three other luxury hotels in its collection. The first property Les Airelles, is located in the historic Austro-Hungarian Courchevel palace in France’s Les Trois Vallées ski region. La Bastide de Gordes is an 18th-century castle in Provence and Mademoiselle Val d’Isere, is a ski chalet in the French Alps. As per reports dating back to 2011, Mikael Hautchamp, the deputy administrator for the Palace of Versailles was concerned with the crumbling building of Hotel du Grand Controle mansion. In a bid to save the heritage, he invited bids for a luxury hotel at the location. The Hotel du Grand Controle mansion was built in the 1680s to serve as the offices and home of the king’s treasurer, but was evacuated, along with the rest of Versailles, during the French Revolution and fell into disrepair in the last two centuries.

The historic Château de Versailles, once the residence of Louis XVI and Marie Antoinette, is representative of French grandeur, art and opulence in architecture and design. Millions of tourists visit the Palace of Versailles every year to see the beauty of its ceremonial Hall of Mirrors, the jewel-like Royal Opera, the royal apartments. There are also the more intimate royal residences, the Grand Trianon and Petit Trianon located within the park; the small rustic Hameau(Hamlet) created for Marie Antoinette; and the vast Gardens of Versailles with fountains, canals, and geometric flower beds and groves, laid out by André le Nôtre. The palace is now an historical monument and UNESCO World Heritage site. This was the place where the famous Treaty of Versailles was signed at the end of World War I.