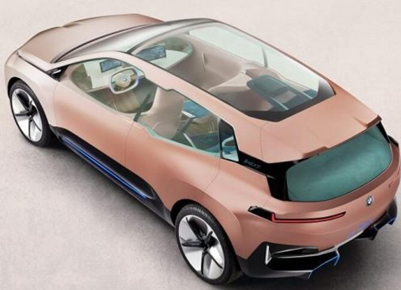 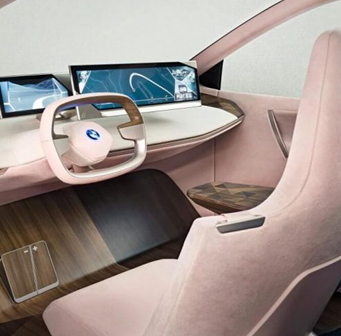 Future Forward in the automotive sector is clearly the electric car and veganism. Much has changed in the last decade, from being viewed as impractical science fiction, up until Elon Musk launched the Tesla. He revealed the patents in his bid to have more manufacturers of electric cars in the race. Musk had also hinted that all future cars would be free from animal-derived materials. Sure enough, it’s happening.

The German car maker BMW has announced that its new luxury electric SUV will have vegan interiors only, as reported by Auto Express. The official prototype images have also been released. BMW had already unveiled its concept electric SUV iNEXT at the LA Auto Show. As seen in the images of the cabin prototype, soft pink fabric covers the front seats, and the rear seating is in deep blue-green shade and an asymmetrical design. There is open-pore wood detailing visible in the pictures. The touchscreen on the dashboard is a special feature, having the

pinch and swipe control functions akin to a smartphone, for features like music volume. Its touch-responsive sensors are concealed under the wood on the central console. The BMW iNEXT is currently undergoing test drives under real world conditions in the polar circle. Production of the vegan-friendly electric SUV is expected to begin at the company’s plant in Dingolfing, Germany, from 2021. 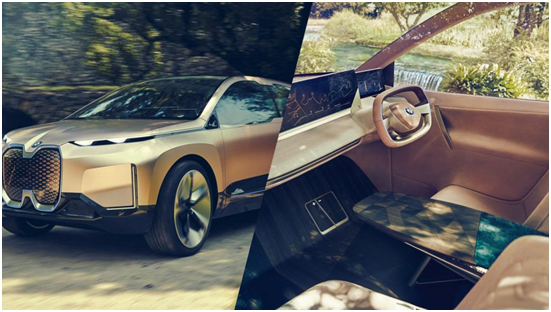