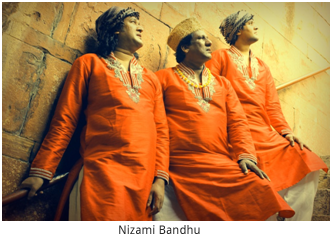 The DLF Mall of India is hosting a mystic music event ‘Sufi Samah’ on 27th and 28th October, 2017. The high point of the evening will be the live performance by the renowned maestros Lakhwinder Wadali and Nizami Brothers.  The event is open to all.

Lakhwinder Wadali carries forward the legacy of his famous musical family as the son of Puran Chand Wadali of the Wadali Brothers fame. His songs of famous saint poets such as Bulle Shah, Kabir, Amir Khusro and Surdas are soul stirring. He will be performing on the first day of the ‘Sufi Samah’ evenings. 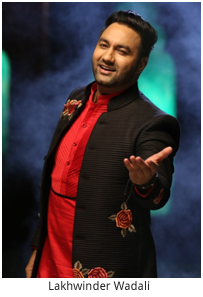 On the second day, the famous Nizami Bandhu will perform the Khaqahi Qawwali, as well as their popular compositions that they have sung for films, such as Kun Faya Kun, Bhar de Jholi Meri, Ajmer Wale Khwaja. Nizami Bandhu are practically a national treasure, carrying forward the 750 year old family tradition as the descendants of court singers of the Sufi saint Nizamuddin Auliya.