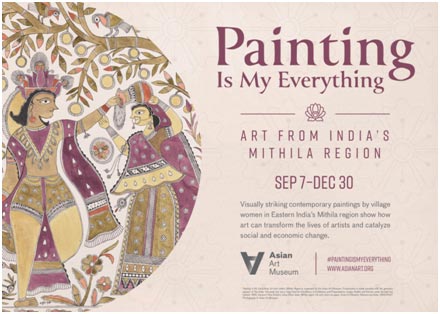 The Asian Art Museum in San Francisco is currently exhibiting Madhubani art, at the exhibition titled ‘Painting Is My Everything – Art from India’s Mithila region’. The exhibition kicked off on 7 September 2018, and will wrap up at the year ending on 30 December 2018. Interspersed among the art on the walls, are short video interviews with the artists whose hands shape this rich legacy. The documentaries help put a face to names like Dulari Devi, Dr. Rani Jha and Shalinee Kumari; women who have taken the art form, made it their own, and are ushering it into the contemporary world of today.

The epic Ramayana mentions that Mithila was the home of the Princess Sita who was married to Ram. The Indian epic Ramayana describes the beautiful art covering the walls of the kingdom of Mithila to celebrate the wedding of their Princess Sita with Rama, the Prince of Ayodhya. Another important feature of this form of art is that traditionally women were its guardians. Female hands created the murals and adorned the walls of their homes to commemorate special occasions. It was up to the women of the villages to keep the art alive, safeguarding their distinct styles marked by caste differences, and passing it on, along with the folklore, mythology and customs inherent in its creation.Over time, with the popularisation of Mithila art, the responsibility of creating these wonderful murals is now being shared by both genders. The style is now showcased on paper, fabric and all manner of materials. 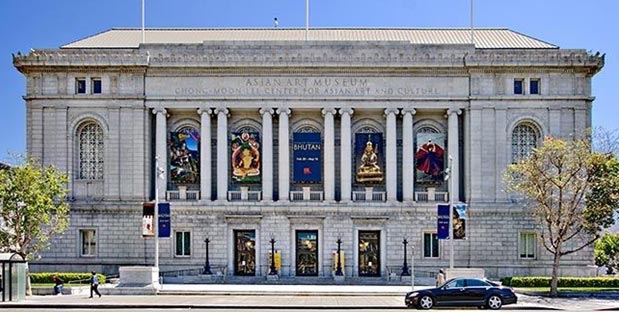 The Mithila Art Institute, which was founded in 2003 in Madhubani, Bihar, is attempting to  shape the next generation of Mithila artists. Teaching traditional conventions, imagery and techniques, the Institute’s curriculum also allows for personal exploration and stylistic variations. The Mithila Art Institute has successfully trained and launched artists since its inception. It is regarded as a major cultural institution in India. Several graduates have received national and international recognition and many have been featured in exhibitions, books and articles in both in India and across the world. 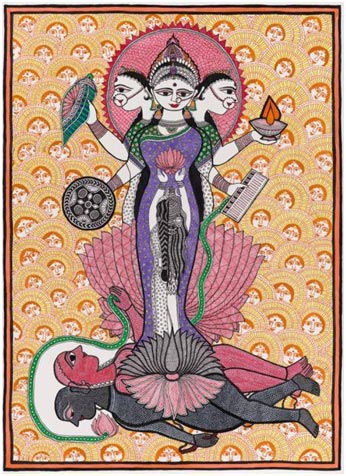 Dr. Rani Jha is a Master Painter and instructor at the Institute. Her own work often deals with women’s issues and stems from her personal life experiences. She is proud to represent and celebrate women in all aspects of life. In 2015, Rani Jha was a Visiting Artist at Syracuse University. “I am Mithila’s daughter”, she states proudly in her interview documentary.

Among the many decorative and mythological motifs at the Asian Art Museum exhibit, are some striking pieces with contemporary messages. In an age replete with social and political movements jostling for space on the world’s stage, these colourfully artistic voices seem to speak loudest of all. Sita Devi was one of the earliest trailblazers of the Mithila art community. She was among the first artists to paint on paper. In 1976 she travelled to Washington D.C to participate in the Smithsonian’s annual Festival of American Folk life’s “Old Ways in the New World”demonstration program series. Included in the exhibit is one of her paintings which documents her visit. Iconic monuments like the Capitol Building, Lincoln Memorial Reflecting Pool and Arlington National Cemetery have been captured via the lens of her imagination in a painting titled ‘Monuments in Washington, D.C’. 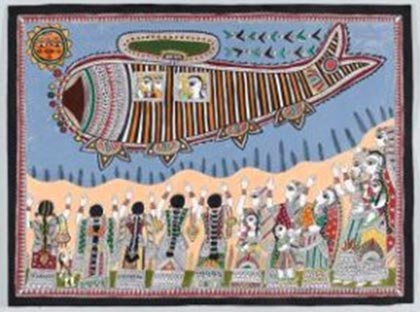 Shalinee Kumari is one of the younger artists who is changing the tradition of Mithila art with her intensely personal narratives of self-expression. She draws from global subjects that also impact her life and community. Topics like gender-equality, women’s rights, terrorism and global warming come alive under her painstaking brush strokes. She was the first graduate of the Mithila Art Institute to have a solo exhibition at the Frey-Norris Gallery in San Francisco in 2009. Shalinee’s painting titled ‘Women’s Power’ is a celebration of the Devi and by extension of womanhood, in its representation of a three-headed, multi-armed goddess standing atop a lotus. In her hands she holds symbolic objects associated with various Hindu deities. The lower half of her body is depicted in the form of ‘Ardhanarishwara’ – a half man – half woman representation of the God Shiva. Beneath this form lie male corpses. It is a symbolic but succinct declaration of the innate power of women. 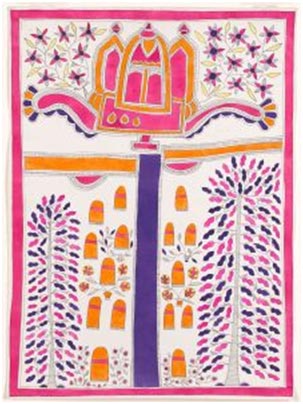 Gopal Saha is one of many male artists whose work has a distinctive quality to it. A tea stall owner, Gopal took up painting after an injury caused him to be physically challenged. He is known to depict scenes from everyday life around him. Gopal’s painting titled ‘Railway Station’ makes a notable impression. A family of four is shown at a ticket counter purchasing a fare to board a waiting train. Both the locomotive and the subjects are rendered in the stylised manner of the art form. At the same time, attention to details like the cap worn by the driver and guard, and mechanical elements of the train itself are not overlooked. Mr. Saha’s work is considered an important part of the history of Mithila art.

Artist and teacher, Dulari Devi’s saga of personal transformation deserves mention. Living a life of servitude in the Ranchi area of Bihar, Dulari was inspired by the work of artists in whose homes she served. She received training from Karpoori Devi, an established Master painter. Now, Dulari Devi is a herself Master Painter and Instructor at the Mithila Art Institute. She received the State of Bihar Award for Excellence in Art in 2013, and authored her award winning autobiography ‘Following My Paintbrush’, published by Tara Books in 2010. 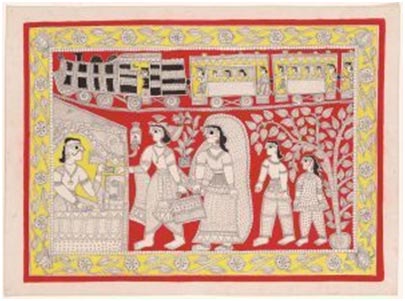 Mithila artists often use their work to document life around them, both as it applies to them locally and on the larger world canvas. A wonderful depiction of current affairs is Dulari Devi’s painting documenting Indian Prime Minister, Narendra Modi’s campaign visit to Bihar leading up to the 2014 national election. Accompanied by his staff, he is seen flying in a helicopter. The artist has managed to show the helicopter via the lens of her imagination – adorned in traditional patterns and accompanied by a flock of birds flying above it’s stylised form. The gathering of rural womenfolk welcoming his arrival, speaks to the significant percentage of women who make up Bihar’s electorate. Dulari, Shalinee, Rani and others like them have overcome significant economic and social hardships. Art, as their self-expression has given them legitimacy and a personal identity. Their journey is a testament to the place this art form has acquired in the world today.

Mithila’s children have joined their voices and hands to keep her traditions alive for the times to come.