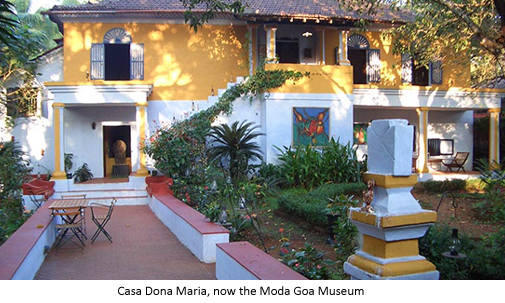 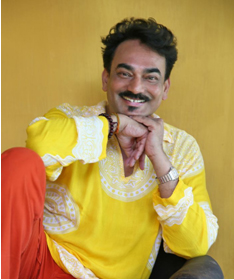 When Padma Shri Wendell Rodricks undertakes a project, it is always with great passion, intense research, total dedication and discipline. His ‘Moda Goa: History and Style’ tome took over ten years of global research before it went into print. ‘The Green Room’, Wendell’s second book traced Indian fashion through his vision and ‘Poskem’ was a fictional look at a shadowy Goan tradition. When he handed over his fashion baton for his label to Schulen Fernandes, he took 15 years to train her so that she could visualise collections in his particular genre. Wendell’s latest dream, which he hopes will turn into reality in December 2018, is the Moda Goa Museum and Research Centre, which he has wanted to establish for as long as he can remember. The museum is housed in a 450-year-old traditional Goan residence, ‘Casa Dona Maria‘, which was Wendell’s home for the past 20 years.

Wendell Rodricks reveals his thoughts on the Moda Goa Museum and Research Centre to Meher Castelino in an exclusive interview for The Luxury Chronicle.

Meher – What made you think of setting up the Moda Goa Museum? 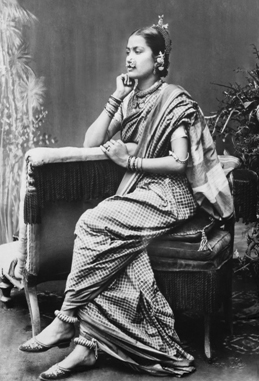 How did you plan the different galleries?

We based the galleries on the book and what we wanted to display. The objects range from sculptures, paintings, illustrations, clothing, accessories, jewellery to photographs. The old home was altered inside to have a first floor running through the entire house except for the altar room. Our Museum consultant wisely advised us to add learning spaces with a library and scholars residence so that the Museum would also be a Research Centre. The galleries were planned based on the objects that speak not just about costumes but Goan History that involves costumes as well. The most challenging gallery is The Gold Gallery, as we had to create a bank vault out of an entire room.

Were you inspired by any global museums before you thought of this one? 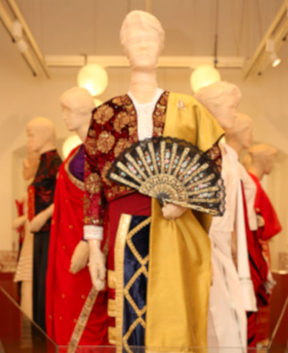 I have visited and worked in museums and there is inspiration from various sources. I learnt not just the positives but also what not to do. Like my work in fashion I wanted the museum to be international yet Goan and Indian. I also wanted to respect the fact that the museum is housed in a 450-year-old basement structure. I refused to allow any external features that would rob the house of its look. So suggestions such as banners were shot down as soon as they were suggested as it seemed too overtly commercial and an insolence to tamper with the beauty of the facade.

What has been the most challenging part of putting this project together?

The most challenging part of this project was to give Goa and India the best museum we can that will get an ICOM (International Committee of Museums) affiliation. To that end we strived hard and strong to ensure that the first ever costume museum in India will be worthy and result in a Museum and Research Centre we can all be proud of for Goa and India.

You have given a shot to the various types of funding that can be done. Have you got any so far? 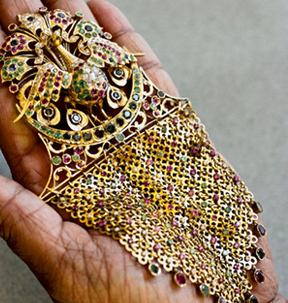 People have been very generous not just with funding but also with the objects. For Goans to donate gold was a revelation. We have many galleries that we hope will get a sponsor. The offer is very good for those who wish to have a gallery in their or a loved one’s memory as their names will live on for perpetuity. Jerome Marrel and I are taking a gallery in our parent’s names.

How are you cataloguing the items and putting them in order?

We have professionals to handle all the technical – from catalogue, display design, lighting, signage, photography, etc. My museum experience helped as we have some old objects that need to stay in good condition for hundreds of years to come. So we are following every international standard. Only clothes that are new or can be re-sewn will be on mannequins. The old clothes are all laid flat. The new museum rules are that clothing should be laid flat as the force of gravity is equal to the speed of light. We cannot afford to loose clothing to gravity and rip at the seams or due to heavy embroidery. Everyone handling the clothes wears gloves as per international procedure. 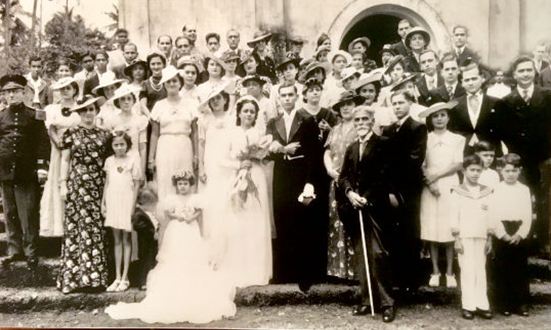 There is Gallery 14 where you will have temporary exhibitions. How often will these be changed? 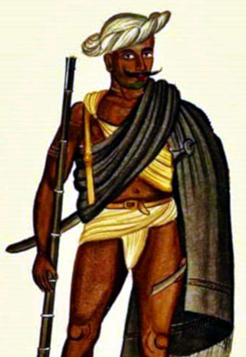 We will change every three months. The first three seasons are already planned. We begin with The Modern Indian bride followed by Sustainable Cotton and later Maratha weapons and Armoury. These three exhibitions will carry us through 2019. At the moment I am planning the 2020 temporary exhibitions.

Will any other galleries be changed too from time to time?

We may add objects. But for now the present objects are frozen in their spaces. We have allowed for changes that can be made later on. Like in all museums, we will circulate the clothes, as they cannot to exposed to light for long periods. After a while they will go into storage and the other garments will replace them.

Have you arranged for additions to the various galleries?

Yes. This was planned from the onset. We don’t want The Moda Goa Museum and Research Centre to be static. We will revolve objects, add, remove and change things around as time passes.

How did you select the items to be displayed?

The objects were selected based on their rare and unique characteristics. Also if they tell a story related to clothing. It was more important to refuse objects of mediocre quality or vintage. We do not want storage space to be wasted on ‘inferior standard’ objects. Every piece is precious.

Will the museum be true to Goan culture or will you add some from the rest of India? 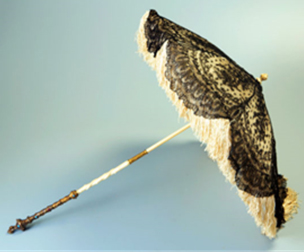 The museum will be true to Goa but we have a lot of India in the Visual Display Room. This will be a learning research room to see textiles, saris, and embroideries from all over India. The aim is not just for people to learn about Goa but also India. We get tourists that visit only Goa and return to their states or countries. So the Indian angle is very important. Besides, one must remember that Goa was touched by many peoples – Arabs, Jews, Persians, Muslim and Hindu rulers from outside Goa, Greeks, Romans, Africans, Croats, Armenians, Chinese, Portuguese and British. When visitors see the museum, they will be surprised to see a Parsi section and clothes worn by Bohris. Both lived in Goa. Every community and nationality that touched Goa will be given due credit and space. 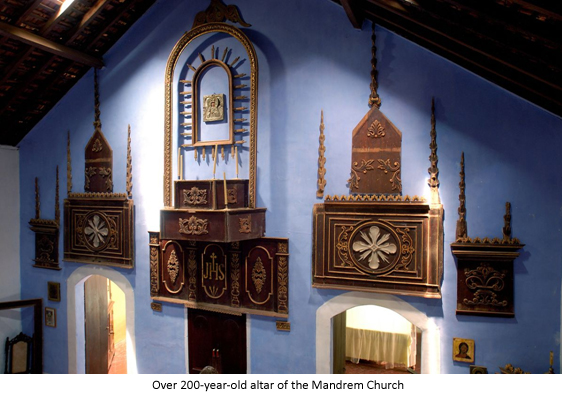 What sort of security will you have for the Museum especially Gallery 15 which is the Gold Room?

The Gold Room is a vault, which cannot be penetrated from the floor, ceiling or walls. Besides there are CCTV cameras everywhere backed by a professional armed security service.

How will you publicise the various events that you will have in the Museum? 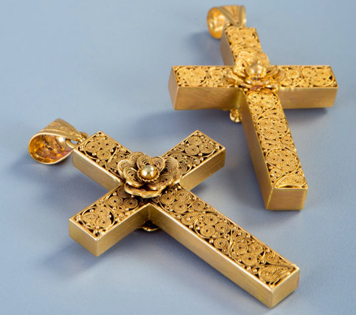 Social media and tour operators will ensure a certain footfall in the Museum. Due to Goa’s tiny size, there will be traction by word-of-mouth apart from advertising when a new temporary exhibitions that take place. When the new airport comes up fifteen minutes away drive from us, we will do sufficient branding at the airport.

Will phase 2 building be a separate one from this one?

Yes. Phase two plans will have to be cleared for permits, as this will be an additional structure not attached to the present old structure.

When will phase 2 be ready?

We are in no hurry to start this. All depends on approvals for the building. That said, we estimate a three-year time frame. 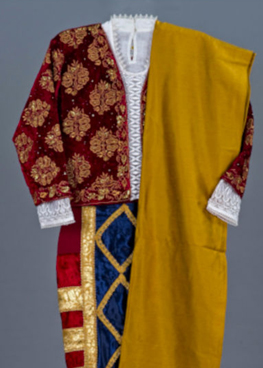 When will the museum be ready?

We are planning an event and small, soft opening in mid December 2018 for select press and patrons to coincide with the Serendipity Arts Festival 2018. The museum will open to the public on 10th March 2019.

Besides the funding how will you keep the museum going?

Like museums worldwide, one will have to keep the temporary exhibitions exciting and stimulating for the public, students, scholars, history buffs, textile, costume and museum aficionados.

What will be the entry fee?

This I have no idea for the simple reason that depending on what Trusts support the Museum, the Board of Trustees will have to take a call on an entry fee… or not.

How many staff will be in attendance? 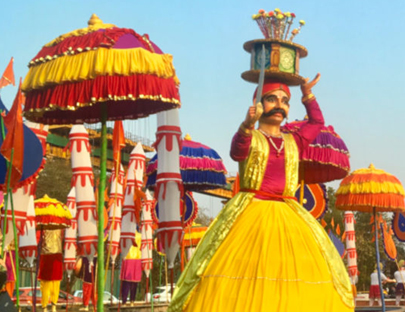 We already have an accountant and inventory person in place. The consultants and trustees have been working on the project for a year now. Eventually a curator and admin staff will be hired by January 2019. Cleaning and security will be outsourced.

Those interested to learn more about the Moda Goa Museum and Research Centre can visit our website modagoamuseum.org. Those who wish to contribute, become a part of the Museum and adopt a gallery in a loved ones name can find the details on the website.