The annual ‘Drinks International’ report has pronounced the William Grant & Sons’malt whisky brand,Monkey Shoulder Scotch whisky as the ‘World’s Top Trending Scotch’ and ‘World’s Bestselling Scotch’ for the fifth time running.   The report is concluded on the basis of polls with leading figures from the world’s best bars, and Monkey Shoulder emerged as the the go-to scotch in 22% of bars and among the top three in 36%.

The achievements pay homage to the brand’s continued investment in bartender initiatives throughout 2018, including Camp Monkey and Monkey Shoulder’s Ultimate Bartender Championships. Monkey Shoulder has been steering the rising cocktail culture by encouraging consumers to experiment outside of the “straight” or “with water” only approach. Monkey Shoulder’s Ultimate Bartender Championship is a one of a kind platform for developing new age bartenders of today around the globe, challenging bartending ‘skills that pay the bills.’ Known for empowering the bartender community with skills and tools, the Brand has invested itself towards igniting creativity and establish craftsmanship in cocktail making. 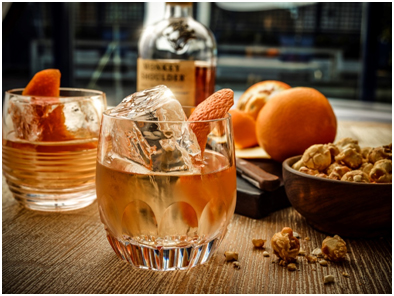 The Drinks International Annual Brands Report surveys bar owners, managers, and head bartenders from  world’s leading bars. Bars selected include winners and nominees from The World’s 50 Best Bars, Tales of the Cocktail’s Spirited Awards, Asia’s 50 best Bars, Drink Magazine’s Bar Awards, the Mixology Awards, the Class Bar Awards, Australian Bartender Awards and Time Out Awards from markets around the world. This year, 127 bars took part in the survey.Bestselling brands are determined via sales figures, with top trending brands judged by bartenders, based on those that customers are increasingly asking for, due to word-of-mouth or bartender recommendations.

Commenting on this, James Pennefather, India Managing Director at William Grant & Sons said: “It’s truly rewarding to be not just the desired brand amongst the bartenders but a clear favourite with the consumers. The proposition of giving consumers drinking experiences the way they like them to be, enables cheeky and playful connects with early adopters, whisky enthusiasts and connoisseurs.  Whether it’s the game-changing thought 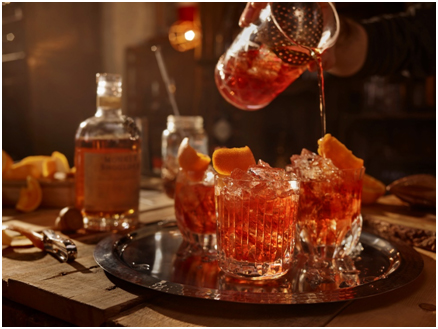 of making a blended malt whisky that’s made for mixing or the revolutionary new thinking and inventions, we are committed to bringing great Scotch to whisky drinkers”.

Monkey Shoulder, a blended malt from three Spey side distilleries, was launched in 2005. It is produced by William Grant & Sons, an independent family-owned distiller headquartered in the United Kingdom and founded by William Grant in 1887.Today, the global premium spirits company is run by the fifth generation of his family and distils some of the world’s leading brands of Scotch whisky, including the world’s most awarded single malt Glenfiddich®, The Balvenie® range of handcrafted single malts and the world’s third-largest blended Scotch, Grant’s as well as other iconic spirits brands such as Hendrick’s Gin, and Sailor Jerry, and Tullamore DEW Irish Whiskey.