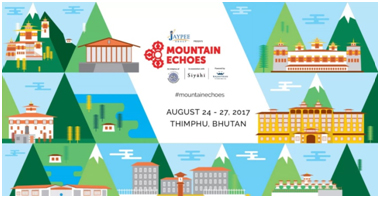 Bhutan is all set to host the 8th edition of the Mountain Echoes Literary Festival in Thimphu, for three days from 25th to 27th August, 2017, with a special inaugural ceremony on 24th August. This festival was established under the patronage of Her Majesty the Royal Queen Mother Ashi Dorji Wangmo Wang chuck, and the eighth edition of the festival aims to provide a collaborative platform for cultural dialogue and encourage the exchange of ideas, stories and experiences. The festival is an initiative of India-Bhutan Foundation and will be held in association with India’s literary consultancy, Siyahi. 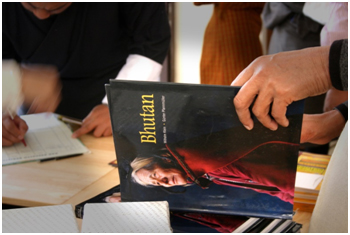 The three-day festival will celebrate the Untouched Beauty, Unexplored Ideas and Unstoppable Voices from the heart of the happiest country in the world.Headline names set to appear at the festival this year include Markus Zusak, an Australian author known for his international best-sellers such as The Book Thief; Francesca Beard, a London-based writer and performance poet who is appreciated around the world; American television host and author Padma Lakshmi and India’s national treasure, author Ashwin Sanghi.

The highlights from the Bhutanese contingent include His Eminence Kyabje Khedrup Rinpoche Ugyen Tenzin Thinley Lhendup, ace photographer and filmmaker Pawo Choyning Dorji, Khenpo Sonam Bumdhen of the Central Monastic Body, and front-runners of the Bhutanese fashion world, Chimmi Choden and Chandrika Tamang. Other well-known authors set to attend the 2017 edition of the festival include Prayaag Akbar, award winning journalist and author of the bestselling book Leila; leading mythologist Devdutt Pattanaik, Sahitya Akademi Award winner Jerry into and Sharanya Manivannan, author of the critically acclaimed The High Priestess Never Marries: Stories of Love and Consequence among others.

The 2017 festival will embrace and explore globally relevant issues such as environmental conservation, natural history, spirituality, and the global evolution of textiles and design traditions, amongst others, thereby bringing together a range of expertise and perspectives on stage throughout the three days.

Presented by the Jaypee Group and powered by the Department of Tourism, Government of Rajasthan, the distinctive literary, arts and cultural festival will be held from August 25th – 27th, with a special inaugural ceremony on 24th August in Thimphu, the charming capital city of Bhutan. 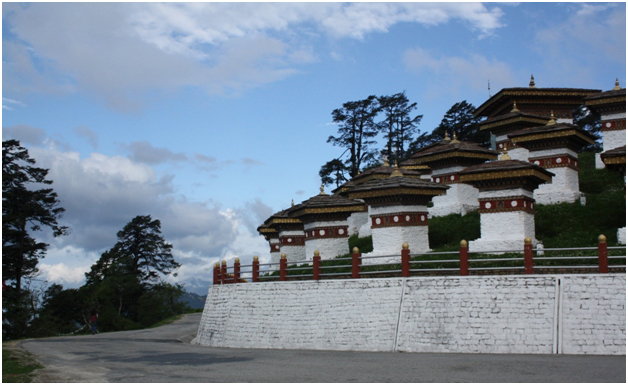 Festival co-Director Namita Gokhale said, “Over the last eight years Mountain Echoes has established itself as one of the most thoughtful, moving and evocative celebrations of literature anywhere on our planet. The shared narratives of Bhutan and India, and of mountain regions everywhere, expand the space for insights across cultures and geographies.”

Festival Co-Director Pramod Kumar KG, Managing Director of Eka Archiving Services Pvt. Ltd, India’s premier museum consulting firm said, “Mountain Echoes goes beyond just literature and books. It is a festival that celebrates ideas, creativity, and culture. Each year we aim to make the festival bigger than last year, curating a program that is enriching and inspiring. This year will be no different as the eighth edition promises to keep audiences engaged through a series of thought provoking workshops and sessions.”

Festival co-Director and Founder of Bhutan Centre for Media and Democracy, Siok Sian Dorji said, “Over the past seven years, Mountain Echoes has achieved tremendous positive feedback in Bhutan and encouraged participation from people across the country. The vision of the festival is to present a confluence of literature, art and music from both India and Bhutan. This year’s specially designed programme will enable audiences to engage in whatever form of storytelling inspires them. Masterpieces on canvas, through music and performances, or literature, there’s something for everyone. The festival as always is free for everyone to attend.” 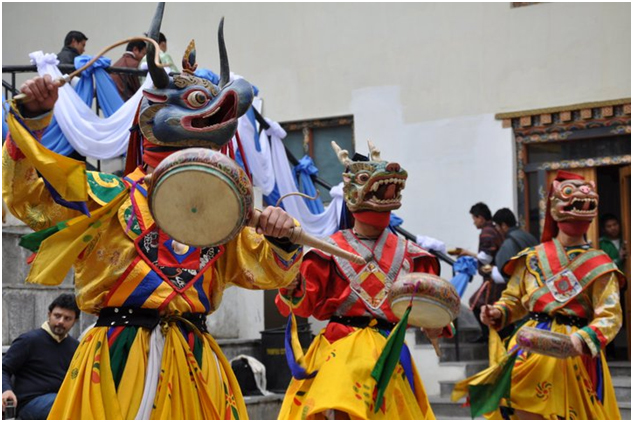 Eminent Bhutanese author and Festival Co-Director Tshering Tashi added, “Each edition of Mountain Echoes literary festival presents a deeper insight into the literature, arts and philosophy of both nations. The discussion and discourse at the festival inspires both local and global audiences through a diverse range of topics. Over the years, the festival has boosted tourism here whilst also giving the people of Bhutan a window to global literature. 2017 will see an increase in the number of Bhutanese delegates at the festival and we are excited to offer the world a glimpse into our varied cultural heritage through the numerous gatherings planned.”