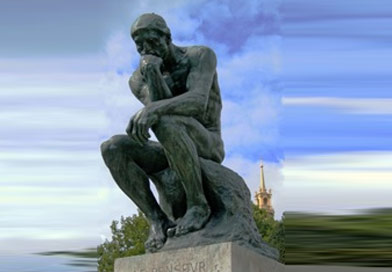 Why is it that certain brands are the epitome of luxury, while other similar or perhaps better ones are not? What is that secret ingredient? How do select branding experts know the nuances? An academician of the stature of Dr Mahul Brahma has analysed the myth and the vagaries of the human psyche. He has shared his insight in three books on the subject. We bring you Dr Brahma’s exclusive article for the readers of The Luxury Chronicle, on the mythic value of luxury.

“It would seem that mythological worlds have been built up only to be shattered again, and that new worlds were built from the fragments.” — Franz Boa 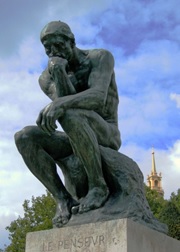 The word luxury comes from the word luxe, which means “dazzle”. What creates that dazzle? The core element of that dazzle is a concept called “mythic value”. Let me explain this concept that was developed by social anthropologist Claude Levi Strauss. Myths are future-proof, small wonder that they are able to live for ages. What makes myths live through ages is that they embody contradictions. Mythic value is created when two contradictions find a way to co-exist. The greater the contradiction, the higher the degree of the mythic value. And the higher the mythic value, the greater the brand value.

Let me first explain with a non-luxury example. Among all the creations of Auguste Rodin, the most famous is the bronze sculpture “The Thinker” or “Le Penseur”. The reason: it is the embodiment of the greatest contradictions of all times – Mind and Body. 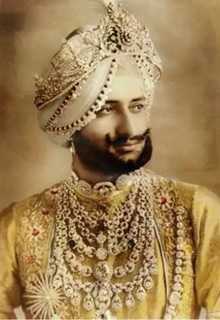 Myths are still widely interpreted in conflicting ways: collective dreams, the outcome of a kind of aesthetic play, the foundation of ritual.

Picture this – An Indian native Maharaja adorning the most expensive Cartier crown necklace with the biggest DeBeers diamond that you can ever imagine. This would not have created such a legendary visual if the King were a Brit or European because here two contradictions meet — East meets West. Moreover, the popular perception is that of diamonds as a girl’s best friend. But, a man’s best friend? So this imagery has in itself another contradiction – Man and 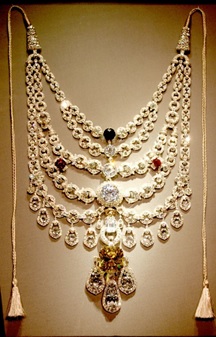 Diamonds. This is the story that I had shared in my first book of The Luxe Trilogy, called ‘Decoding Luxe’. This was the image of Maharaja of Patiala, who commissioned the largest order to the epitome of Western brand Cartier back in 1926. The crown necklace had the seventh largest diamond by De Beers of 234.69 carats and overall adorned by 2,930 diamonds. Now this B/W photograph is carefully showcased in all major Cartier showrooms, some of which I have visited, especially abroad. Cartier executives are trained to carefully mention the story to key clientele, to make the client buy into the “mythic value” of Cartier’s luxury heritage. The client is made to feel one with the legacy of the brand that it carefully has chosen to showcase, as if the product is the conduit to the imagined community of royalty.

In my second book ‘Dark Luxe’, I have shared another great example of mythic value in the story “Death of a Phantom”. An India native Maharaja buying the epitome of reputation in Western culture – a Rolls Royce. And converting it into a garbage collector for the city. Had a European done this to an Indian brand, it would have been commonplace. Again, experience the visual appeal of East deconstructing West by embodying it. These visuals when analysed deeply show that they capture an embodiment of contradictions. These contradictions together create a mythic value in these brands that make them iconic. No wonder these legendary stories are alive for over a century and still able to generate awe.

THE NEW CONTRADICTIONS – EXPERIENCE VERSUS ECOMMERCE 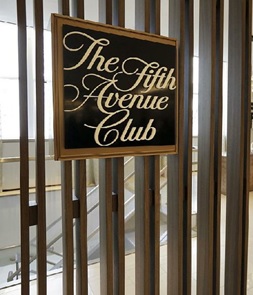 The times are a changing. So luxury brands need to innovate and change with the changing consumers. The contradiction today is experiential luxe versus UI/UX of luxe ecommerce. And it is the task of the brand custodians to identify this mediation.

In ‘Decoding Luxe’ I have explained the challenges ecommerce, in its existing avatar, faces when it comes to luxury brands. Luxury shopping is all-experiential. The ambiance, the visual treat, the attention of the staff, treating you like a king or queen, offering a beverage, even Champagne, and simultaneously sharing the tales of its myth, its legacy. For traditional ecommerce, the shopping is primarily for value, the biggest discount. This is just not the premise where luxury brands operate.

Most luxury brands have started investing heavily in social media to generate a market for the millennials or rather millennial millionaires, a term I have coined in the third book ‘Luxe Inferno’. Suddenly, UI/UX has become an important brand parameter. A mix of both worlds is the way ahead. In addition, personalised service to key clienteles is a key element for creating loyalty.

Therefore, in the new world order for luxury, innovation towards mediation will play a key role. Innovative formats like Zero Inventory Stores or Pop Up stores are quite in vogue, creating the mix of ecommerce and physical stores. Around 800 stores are lined up in the next five years by top 100 firms.

There is also a role that AI (artificial learning) and ML (machine learning) can play. Using analytics, the clothing of the customer can be analysed and options suggested from what is available in the stores. AI spend is all set to rise to USD7.3 billion in 2022 from USD2 billion in 2018.

With the rise of millennial millionaires, technology has a greater role to play as a mediator between the contradictions of experiencing luxury and using ecommerce. SAP is working with Harrods to develop technology for creating a personalised shopping experience.  Luxe will be creating experiential ecommerce using technology. The new myth will be powered by technology, mediating between the age-old heritage and the future.

The author is a professor, dean, ex-chief editor, luxury commentator, columnist, and author of The Mythic Value of Luxury, and The Luxe Trilogy comprising ‘Decoding Luxe’, ‘Dark Luxe’ and ‘Luxe Inferno.’ He is an alumni of IIM Calcutta, University of Cambridge Judge Business School, MICA and St Xavier’s College.
Dr Mahul Brahma can be contacted at – mahul.brahma@gmail.com

On Staying Pertinent and Relevant for 160 years
Q

Sustainability Accountability and the Indian Fashion Industry
Ready or

A Glimpse into the Future of Luxury Retail

Are India’s Luxury malls ready for the shopper?

What is the Future of Fashion Weeks?

New Rules of the Old Game of Luxe
Wooing