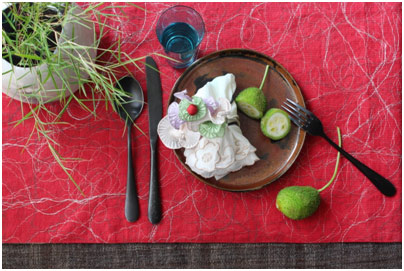 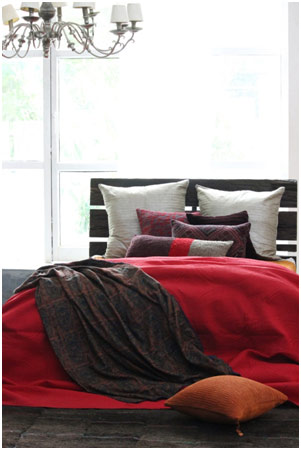 The well-known international brand from India, Shades of India, has expanded its presence in the verdant Meherchand Market in New Delhi, with the opening of two more stores, alongside its pre-existing one, and adding new product range as well. The existing Home at 127, is now exclusively about its range of textiles, cushions, art pieces for the home. Along with new collections, there is a range of earthenware pottery from the North East, hand crafted jewellery arranged like a small installation, neck pieces in jute and metal, wooden platters and fruit forks of gnarled bamboo shoots.

The new flagship is a twin store 129/130, Siamese attached at the hip, which is exclusively for apparel and accessories with the women’s collection, and for the first time, a men’s clothing collection. This has been designed in collaboration with Anupam Poddar, a collector and curator of contemporary art who has a passion for textiles. Anupam believes men – even the more conservative – are ready to experiment with their clothing, albeit still less willing to take risks than women. Together they have brought innovation to shirts, kurtas, waistcoats, jackets and men’s accessories.

The interior is minimalist and bears the signature style of Mandeep Nagi, the design Director. Her sensibilities are Zen like, soothing and elegant.

Shades of India led by Mandeep Nagi (Design Director) and David Housego (former UK journalist), was founded almost two decades ago, and has sold to leading department stores around the world including Harrods and the Conran Shop in the UK, ABC and Gumps in the US, Le Bon Marche in Paris, and Lane Crawford in Hongkong. The company has participated in major international fairs including Maisonet Objet in Paris and the New York Gift show.