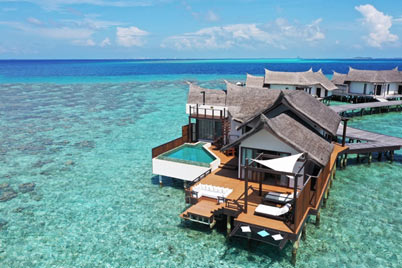 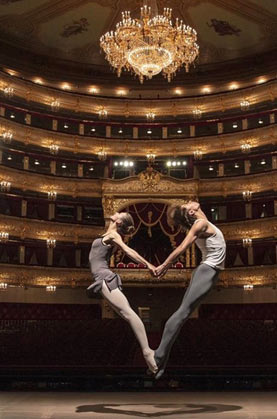 The least likely entertainment one can expect at an exotic isolated ocean resort is ballet, that too from the famous Bolshoi Theater of Russia. Nevertheless, the luxury resort Ozen Reserve Bolifushi in Maldives is offering just that to its guests. For the week from 22-29 August, 2021, the Ozen Reserve Bolifushi will be hosting renowned Bolshoi Ballet Artists Anna Tikhomirova and Artem Ovcharenko. The guests can have the joy of watching an imperial Russian ballet performance right in its pristine tropical setting, or even attend the Master Class that the Ballet couple will be hosting. Please don’t forget to pack your tutu and pointe shoes if heading there.

Anna Tikhomirova graduated from Bolshoi Ballet Academy and was accepted into the famous Bolshoi Ballet in 2005. A First Soloist, Tikhomirova’s expansive repertoire at the Bolshoi includes Giselle, The Nutcracker, Don Quixote, Taming of the Shrew, and many more. She has participated in numerous ballet festivals and represented Russian ballet on some of the best stages of the world, including in New York, London, Tokyo, and Los Angeles.

With an enviable repertoire of classical romantic roles, Artem Ovcharenko is a well-known Principal dancer of the Bolshoi Ballet. Ovcharenko participates in the Bolshoi Ballet tours to Asia, Europe and Americas, being a welcome guest star in Berlin State Ballet, Les Ballets de Monte Carlo, Hamburg State Opera, as well as at international ballet festivals and national culture projects. His interest in exploring new roles has brought Ovcharenko much success in the contemporary ballets staged at the Bolshoi, such as Chroma by Wayne McGregor and Classical Symphony by Yuri Possokhov.

What can we say about Ozen Reserve Bolifushi, Maldives? Haven’t been there yet. Perhaps it is now time to check it out. Will keep you posted.