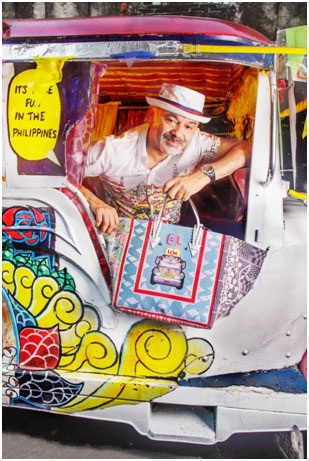 The French show designer Christian Louboutin has let his journeys to each continent inspire him for his line of Cabas. Out of Africa came Africaba and his visit to Mexico Central America gave birth to Mexicaba. His latest trip in Asia to Philippines resulted in a burst of bright colourful Manilacaba.

The designer has incorporated the colours of Nature around Phillipines, which is made up of 7000 islands, such as the blue of the oceans and lagoons, seashells. The Manilacbais designed in two limited edition versions – Denim Blue and Black Satin.

The popular mode of transport in Manila are the colourful trucks called Jeepneys, which were once ordinary Jeeps abandoned by American troops after World War II. The people of Manila adorned them with vibrant decorations, filling up every empty space as a way to protect themselves against evil spirits. While finding their way through the dense traffic of Manila, they celebrate life with a joyful style Christian immediately related to. The bags are between Filipino art and the flare of Christian’s vision: symmetrical patterns of interwoven colours rekindle the joyful brightness of Filipino designs whilethe designer’s name delicately stands at the centre of artful vegetal 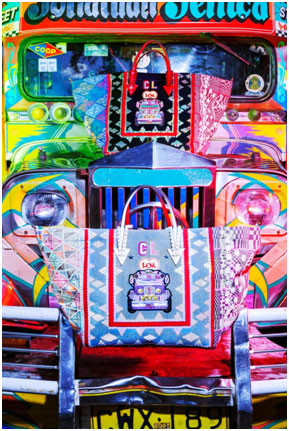 embroideries,distinctive of traditional costumes. Around the central red frame, iridescentsequins are sewn into an eye-catching arrangement recalling the radiance ofMother-of-Pearl, a material widely produced and used throughout the Philippines.Finally, the Cabas’ handles carry Christian Louboutin’s unmistakable signature spikes,a bold statement spicing up MANILACABA!

For this bag, Louboutin has got on board the GREAT (“Gender Responsive Economic Action for the Transformation of Women”) Women in ASEAN initiative, a platform supporting the economic empowerment of Asian women artisans and their craftsmanship from South Asia and bringing their products out to the world.

“Designing the side-panels with Christian was a rich experience. The pattern Christian elaborated for them was new for the artisans who were used to weaving traditional motifs with this technique. But when we saw the encounter of tradition and creativity happen on the fabric, we thought: how interesting, we should have done this before! This is an inspiring story of mutual respect.” 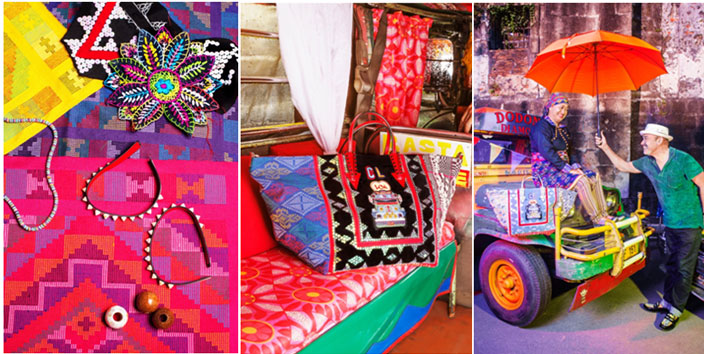 Said Jeannie Javelosa, co-founder of the GREAT Women in ASEAN. For every MANILACABA purchased, ten percent of the benefits will be donated to the initiative to contribute to its development. 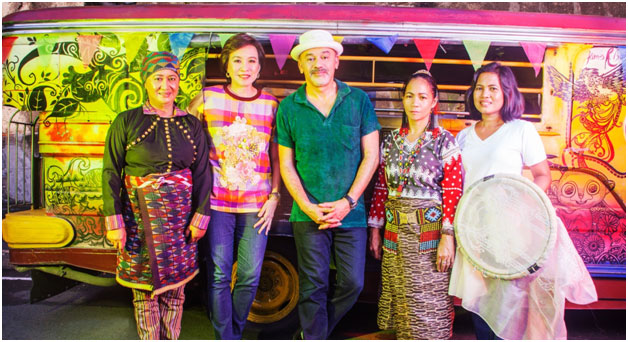