The Mumbai Academy of Moving Image (MAMI) saw the launch of their Year Round Programme in Delhi by PVR Cinemas with a city-wide celebration of global film making culture and star-studded special screening at PVR ECX, Chanakya. The two-day launch event to mark the Delhi Edition, premiered two of the most sought-after films of the year – Wes Anderson’s Isle of Dogs and Ari Aster’s Hereditary on the 9th & 10th of June 2018 ahead of their India release. The launch party was officially opened by Ajay Bijli, MD, PVR Ltd and Sanjeev Bijli, Joint MD, PVR Ltd; along with Board Members of MAMI – Zoya Akhtar, Anurag Kashyap, Vishal Bharadwaj and the leadership team of MAMI – Anupama Chopra and Smriti Kiran bringing the best and latest films from all over the world to a city that has always spearheaded support in cultivating art and culture.

The MAMI Year Round Programme launched in 2016 in Mumbai, is a one of a kind film programme started with the belief that it is not enough to have a week-long film festival. The Academy now hosts weekly screenings, workshops and conversation sessions for film lovers in the country. This has given us a year-long imprint and presence as opposed to presence only for a week in the year. Through this unique curation, passionate movie nuts can sign up and get free access to the best and latest Indian and International films throughout the year. What makes the Delhi Edition even more special is that it will happen at the newly launched PVR ECX, Chanakyapuri. The property holds great nostalgic value for Delhiites as it is the brand new avatar of the iconic Chanakya cinema showcasing a wide spectrum of great content that is the cornerstone of MAMI. 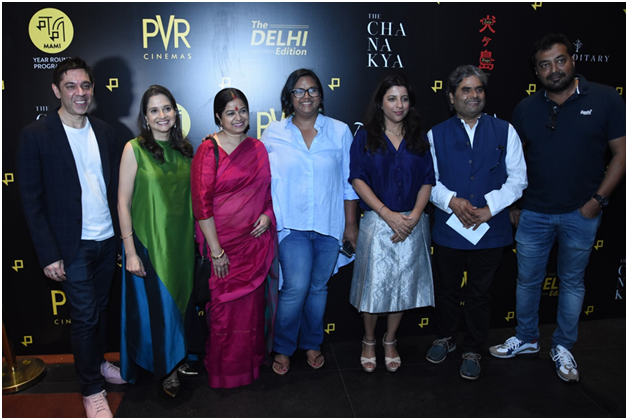 Till date, The MAMI Year Round Programme in Mumbai has screened over 40 films which include Lady Bird, The Square, Zama, The Shape of Water, Three Billboards Outside Ebbing Missourie and Village Rockstars. There are about 7000+ members enrolled for this programme.

Ajay Bijli, Managing Director, PVR Ltd said“Year Round Programme by MAMI represents one of the first 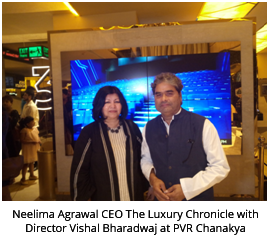 opportunities for audiences in Delhi to see the very best from across the globe. This was a natural progression for us to support. With this launch, PVR aspires to bring together distinguished industry specialists and discerning movie lovers through accessible screenings, panels, workshops and showcasing cinema that embraces diversity, innovation and unique perspectives. Aimed at featuring critically acclaimed filmmakers, industry professionals, and award-winning talent around the world, this programme is rich with opportunity – to stay informed, be challenged, feel the pleasure of escape and see the world differently.”

Anupama Chopra said, “I am thrilled that in the 20th year of MAMI, we are stepping out of Mumbai. We hope we can help foster a great cinema culture in Delhi. Thank you PVR for all your support.”

Sanjeev Kumar Bijli, Joint Managing Director, PVR Ltd said “We are delighted to partner with MAMI and launch a screening event in the national capital, Delhi. Led by Kiran Rao, Anupama Chopra and Smriti Kiran, MAMI has established itself as a premier film festival and is recognized globally as a platform to showcase some of the best cinema in the world. From the red carpet premiers, to the carefully selected and curated films, it’s an event that everyone looks forward to.”

Smriti Kiran, Creative Director, MAMIsaid, “To alter sensibility, you have to engage regularly and facilitate viewers to celebrate and dissect, discuss and debate, engage and argue, agree and disagree about what they love most: Cinema. We are grateful to PVR Cinemas for being the MAMI champions and partnering with us yet again in our endeavour to nurture audiences and build a cinema viewing culture for the cinephiles in the country. We have big plans for Dilli!”

The Mumbai Academy of Moving Image (MAMI) has consistently shaped the cinematic landscape of India. Over the course of twenty years, through its various initiatives, such as the Mumbai Film Festival, It showcases the best of world cinema to Indian audiences and steers them towards landmark Indian films. The MAMI Year Round Programme is a unique programme conducted under the aegis of MAMI that brings the latest films, workshops and conversation sessions to film lovers throughout the year. To sign up for the programme log onto www.mumbaifilmfestival.com/mamiyearroundprogramme